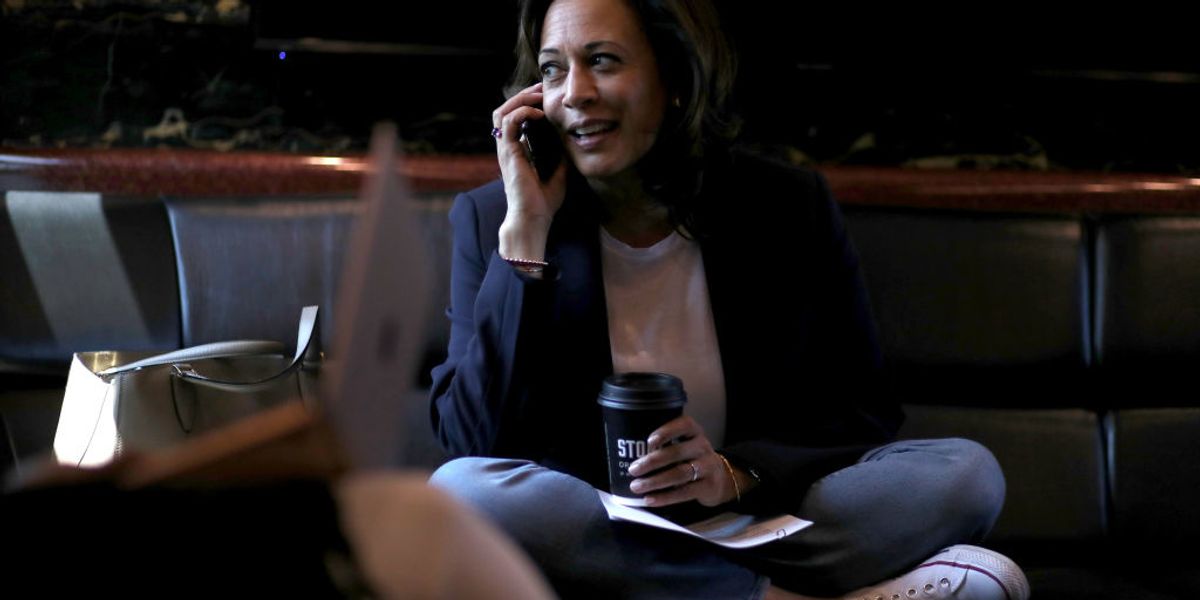 A duo of notorious pranksters, who have made a name for themselves by hoodwinking U.S. politicians, allege that their latest victim is Sen. Kamala Harris (D-Calif.). The hoaxers claim they duped the recently anointed Democratic vice presidential nominee into believing she was talking to Greta Thunberg, even getting Harris into accepting fake dirt on President Donald Trump.

Russian pranksters Vovan and Lexus, whose real names are Vladimir Kuznetsov and Alexey Stolyarov, pretended to be teenage climate activist and her father Svante. The couple claim they were able to trick Kamala's team and successfully make a phony phone call to Harris in January, after she dropped out of the Democratic presidential race in December.

"Hello Greta, congratulations on all of your leadership, I am so inspired by your courage and your voice," Harris reportedly said to the fake Greta.

The fugazi Thunberg asked Harris how she could support Kamala's campaign, and she allegedly replied, "The best way to do it would be to talk about my climate plan."

On the phone call, the fake Thunberg says she shouted at Trump to sign the Paris climate accord at the United Nations last September, but she said he softly whispered, "You will never achieve your goal."

"There are forces working against our movement and we have to fight for these things," Harris supposedly said. "This is that moment, and you have been great warrior in this cause."

The bogus Thunberg said, "I'm so terrified of what Trump is doing, I even cannot eat or sleep when I see him on TV. That terrible meeting in the UN building in September – I have nightmares."

"Nothing that has been achieved in this world that has been about progress came without a fight, this is the nature of it," Harris is alleged to have said.

The counterfeit Greta allegedly informed Harris, "Maybe this recording can help you," to which Harris replied, "Thank you. That would be wonderful."

Assuming this recording is legit it sounds like Kamala Harris agreed to accept dirt on Trump from foreigners… https://t.co/V37qcxDEfP


Prank with Maxine Waters (Stars Save the Earth #1)