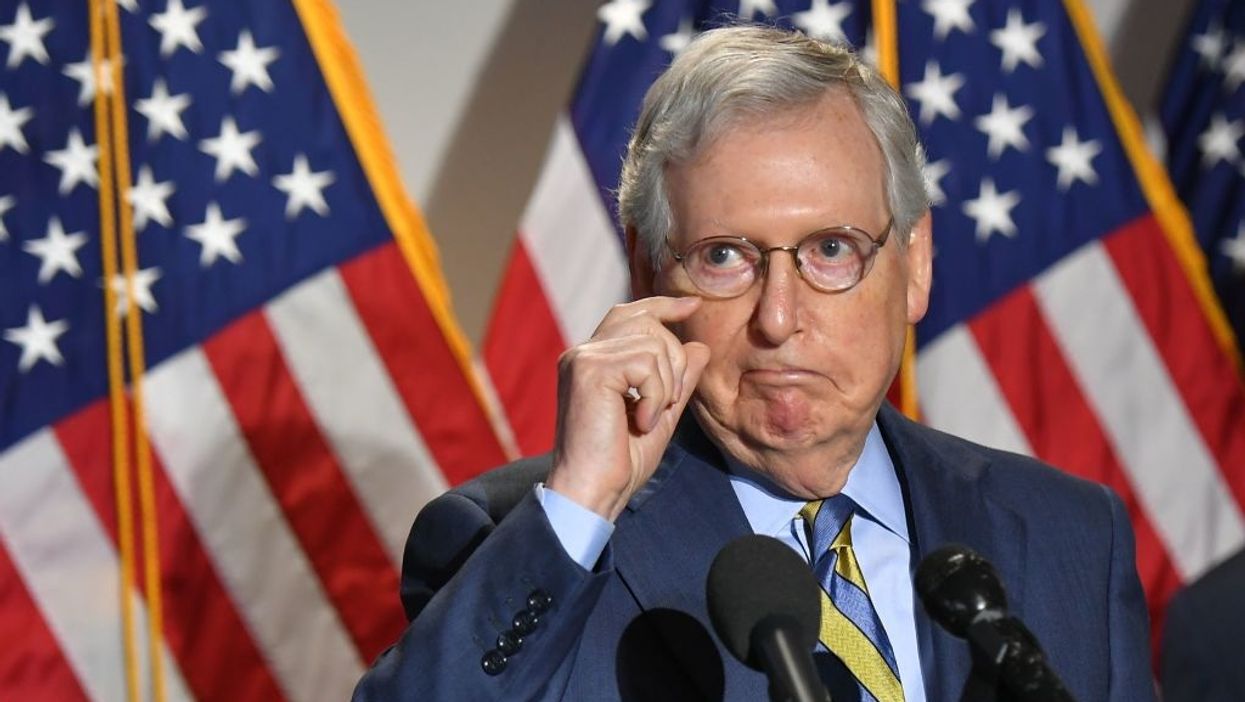 It took just minutes after the announcement of Ruth Bader Ginsburg's death for Republicans and Democrats to begin fighting over whether President Donald Trump should nominate a judge to fill the new vacancy on the high court and whether the Senate should consider whomever Trump nominates.

Citing the so-called "McConnell Rule," Democrats have claimed that Senate Majority Leader Mitch McConnell (R-Ky.) should wait until after the election to consider filing the vacancy.

For example, Ian Sams, a former aide to Hillary Clinton and Kamala Harris, said, "No SCOTUS justice before the election. McConnell rule."

No SCOTUS justice before the election. McConnell rule. https://t.co/nFoXuX9qwr

But McConnell was quick to announce Friday that the Senate will, in fact, vote on Trump's nominee.

"President Trump's nominee will receive a vote on the floor of the United States Senate," McConnell said.

The announcement was immediately met with claims that McConnell has hypocritically reversed his position in 2016, when he blocked Merrick Garland, then-President Barack Obama's nominee to fill a Supreme Court vacancy left by Antonin Scalia's sudden death.

It was a stark turnabout from his position four years ago, when Mr. McConnell, Republican of Kentucky and the majority leader, reacted to the death of Justice Antonin Scalia by declaring that a successor should await the outcome of the presidential election, and then proceeded to block President Barack Obama's nominee, Judge Merrick B. Garland.

However, McConnell's position is not exactly a reversal of the one he took in 2016.

What is the 'McConnell Rule'?

"You can disagree with the McConnell rule, which was previously known as the Biden rule, but you should describe it accurately. It's no confirmations in a presidential election year *when senate and presidency are held by different parties.* Doesn't apply this year," commentator Mollie Hemingway explained.

You can disagree with the McConnell rule, which was previously known as the Biden rule, but you should describe it… https://t.co/IbPJ3ufz0L

In response to Sams, the Daily Caller's Peter Hasson reiterated, "This is inaccurate. The McConnell rule was that when the Senate and White House are held by *different parties* in an election year."

This is inaccurate. The McConnell rule was that when the Senate and White House are held by *different parties* in… https://t.co/Fd3iaFcnaj

The rule applied in 2016 because Republicans controlled the Senate while a Democrat, then-President Obama, was in the White House.

Now, however, the Republican Party controls both the Senate and the White House — and McConnell has made clear that the Senate will move forward with filling the high court's vacancy.