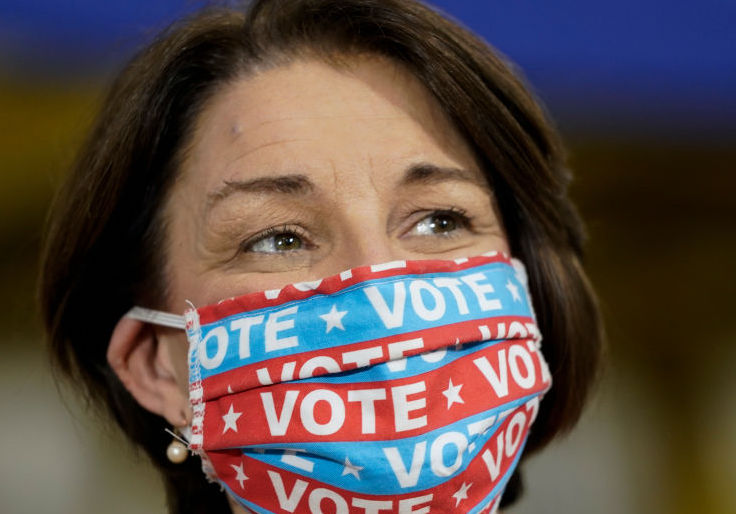 Sen. Amy Klobuchar (D., Minn.) on Sunday struggled to explain her reversal on supporting a Senate vote for a Supreme Court nominee during an election year.

Asked about the reversal from her 2016 position, Klobuchar told CNN, "We are in modern history where literally just in the last time a justice was considered after someone died unexpectedly, Justice Scalia, a new rule was set by our colleagues."

The Minnesota senator also said Senate Republicans can't use "raw political power right in the middle of an election."

In 2016, Klobuchar said the Constitution required a Senate vote on a Supreme Court nominee during an election year.

"The Constitution is clear: The Senate must consider the president's nominee and then choose whether to vote yes or no," the senator said at the time. "We must do our job, hold hearings, and vote."

Republicans held a majority in the Senate when Barack Obama nominated Garland in March 2016 to fill the seat of late-justice Antonin Scalia. While Democrats pushed for a Senate vote on the nominee before the presidential election, Majority Leader Mitch McConnell (R., Ky.) refused to hold a vote on Garland's nomination.

McConnell said Friday that the Senate will vote on President Trump's nominee. Trump is expected to announce his nominee this week.