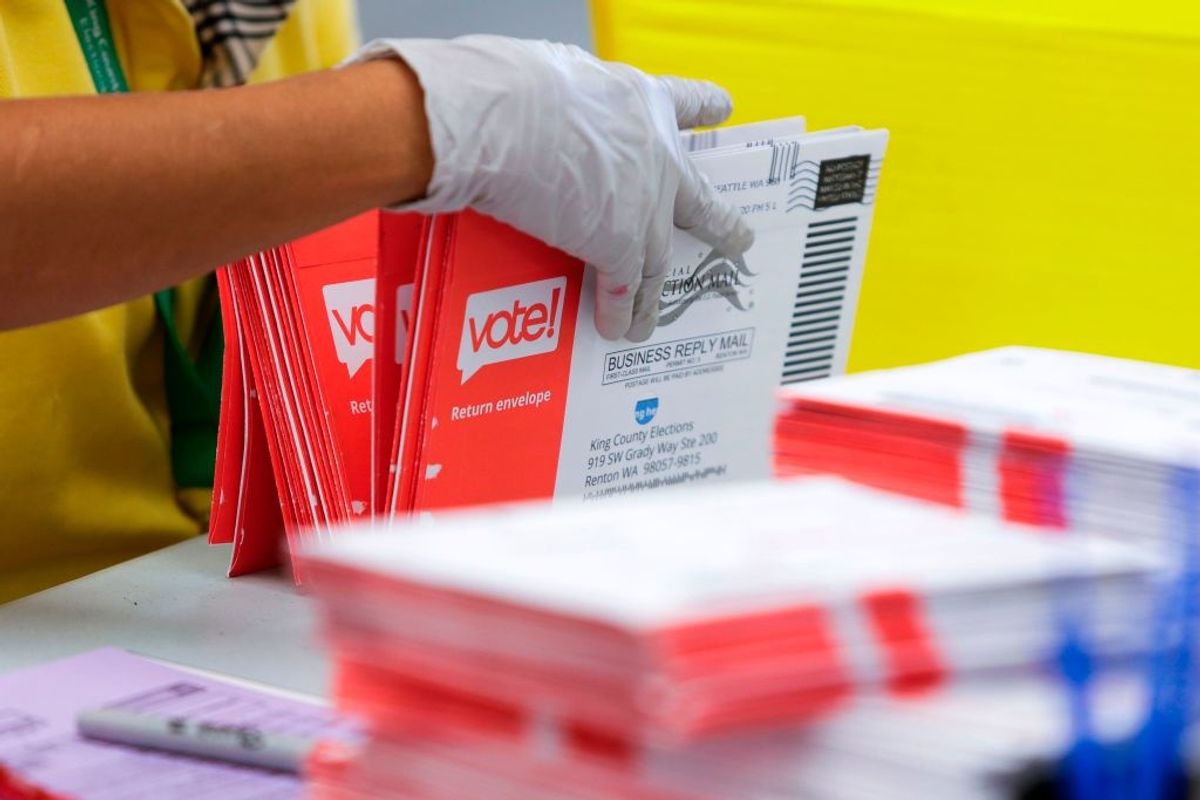 While many are unsure of the effect of mail-in voting will have on the presidential election and see it as a crapshoot, one Michigan resident views mail-in voting as a crap chute. A homeowner displayed a toilet-themed display regarding the upcoming election on his front yard that has angered an election official.

A resident in the town of Mason displayed a toilet on their front yard that was accompanied by a sign that reads: "Place mail in ballots here."

A toilet and a sign: Statement or not, it's illegal, Ingham County clerk contends https://t.co/T4n8fiYWYB

"Earlier this week, I filed a complaint with the Mason Police Department and the Ingham County Sheriff's Office regarding a report of a potential election violation located just blocks from the Mason Historical Courthouse," Byrum, who is a Democrat, said in a statement released on Friday.

"Elections in this country are to be taken seriously and there are many people who are voting by mail for the first time this Election," Byrum wrote. "We need to put out accurate, complete information about voting by mail, which is the safest way to vote during the pandemic."

"It's solicitation of absentee ballots into a container," Byrum told the Lansing State Journal. "Our election integrity is not a game. I expect everyone to act appropriately, and this is unacceptable."

"This kind of behavior needs to be quashed immediately," she said, flush with indignation. "They are making a mockery of our elections. I'm not going to stand idly by and watch it happen."

Byrum warned, "It is a felony to take illegal possession of an absentee ballot (voted or unvoted)." She pointed out that "felonies of this kind are punishable by a fine of $1,000.00 or 5 years in prison."

The front lawn also has a sign that reads: "Recall Whitmer," which calls for removing Michigan's Democratic Gov. Gretchen Whitmer from office. There was also an election sign for John James, a Republican running for U.S. Senate.

Local police told the Associated Press that the complaint about the latrine display is being investigated.

Many social media commenters on the story played devil's advocate to Byrum's argument. They questioned if anything beneficial can be derived by people who cast their ballots into a toilet on the front yard of some random person's house.