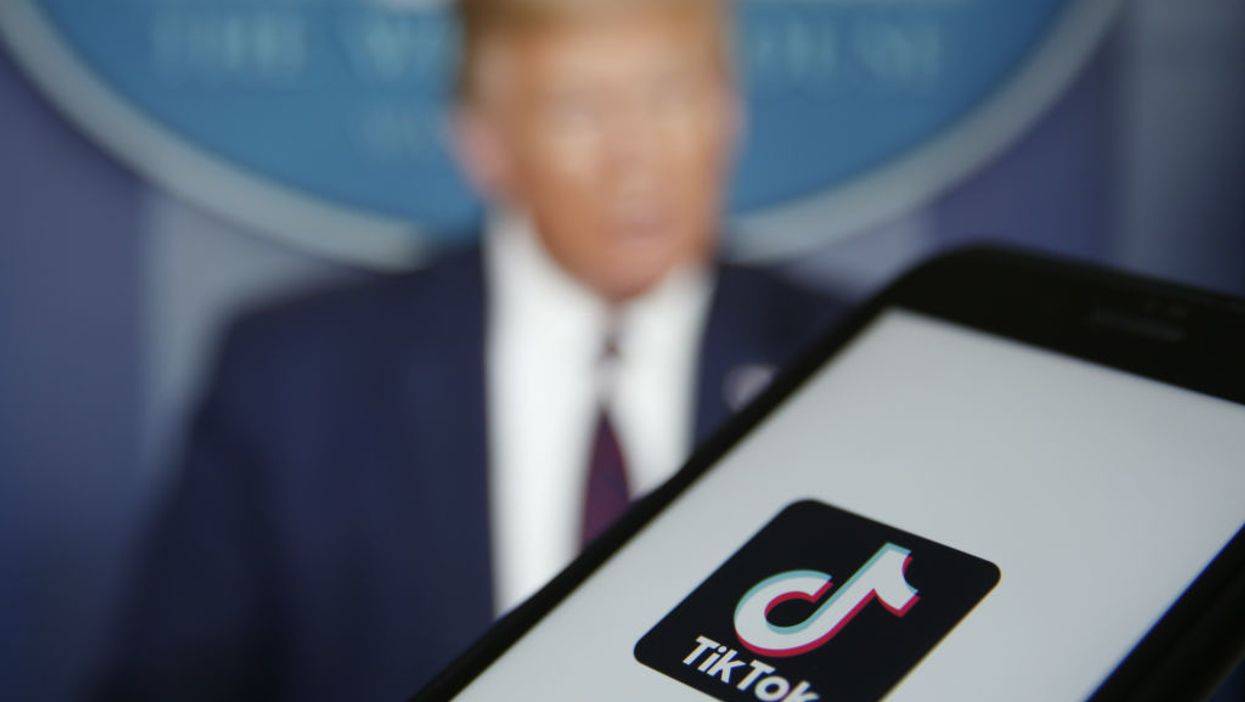 President Donald Trump approved a tentative deal that would allow TikTok to continue to operate in the United States. At the same time, a California judge struck down Trump's ban on Chinese-owned messaging app WeChat.

Chinese-owned TikTok was set to be banned from Apple and Google's app stores at midnight on Sunday because of security concerns. A last-minute deal was reached where Oracle and Walmart partnered with the social media platform to prevent a shutdown. A possible TikTok ban by the Commerce Department is now delayed until Sept. 27.

A tentative agreement between TikTok, Oracle, and Walmart was reached on Saturday. Oracle will take a 12.5% stake in the new TikTok entity that will be named "TikTok Global." Walmart agreed to purchase a 7.5% stake in the popular video-sharing app, according to Bloomberg.

TikTok's owner, Beijing-based ByteDance Ltd., would retain roughly 80% ownership of the company. "However, because 40% of ByteDance is owned by U.S. venture capital firms, the Trump administration can technically claim TikTok Global is now majority owned by U.S. money," CNBC reported.

Trump approved the deal for the new entity that will be based in the United States. "I have given the deal my blessing, if they get it done that's OK too, if they don't that's fine too," Trump told reporters at the White House on Saturday.

"The security will be 100%. They'll be using separate clouds and a lot of very, very powerful security," Trump said. "And they'll be making about a $5 billion contribution toward education."

"They're going to be setting up a very large fund for the education of American youth, and that will be great," Trump added. "That's their contribution that I've been asking for. But we'll see whether or not it all happens."

Trump said TikTok Global will be headquartered in Texas and employ "at least" 25,000 people.

Oracle will host all of TikTok's U.S. user data "to ensure U.S. national security requirements are fully satisfied," the company said in a statement.

"While we strongly disagree with the implications of TikTok as a national security threat, we nonetheless understand the concerns," Vanessa Pappas, Interim Head of TikTok, wrote in a statement. "We're pleased that today we've confirmed a proposal that resolves the Administration's security concerns and settles questions around TikTok's future in the U.S."

Oracle CEO Safra Catz said in a statement that her company "will quickly deploy, rapidly scale, and operate TikTok systems in the Oracle Cloud."

"We are a hundred percent confident in our ability to deliver a highly secure environment to TikTok and ensure data privacy to TikTok's American users, and users throughout the world," Catz said. "This greatly improved security and guaranteed privacy will enable the continued rapid growth of the TikTok user community to benefit all stakeholders."

Four of the five board members of TikTok Global will reportedly be Americans, including Walmart CEO Doug McMillon.

"In addition, we would work toward an initial public offering of the company in the United States within the next year to bring even more ownership to American citizens," Walmart said in a statement. "This partnership will provide Walmart with an important way for us to expand our reach."

TikTok has an estimated 80 million daily active users in the United States.

Trump signed executive orders in August to prohibit U.S. transactions with ByteDance's TikTok and Tencent's WeChat app. The Commerce Department's order was set to prohibit WeChat transactions as well as prevent the app from being downloaded from Apple and Google's app stores on Sunday.

Early Sunday morning, U.S. Magistrate Judge Laurel Beeler in San Francisco halted the Trump administration's ban on WeChat, reported by Reuters. In her 22-page order, Beeler said WeChat users who filed a lawsuit "have shown serious questions going to the merits of the First Amendment claim, the balance of hardships tips in the plaintiffs favor."

WeChat has an estimated 19 million daily active users in the United States.