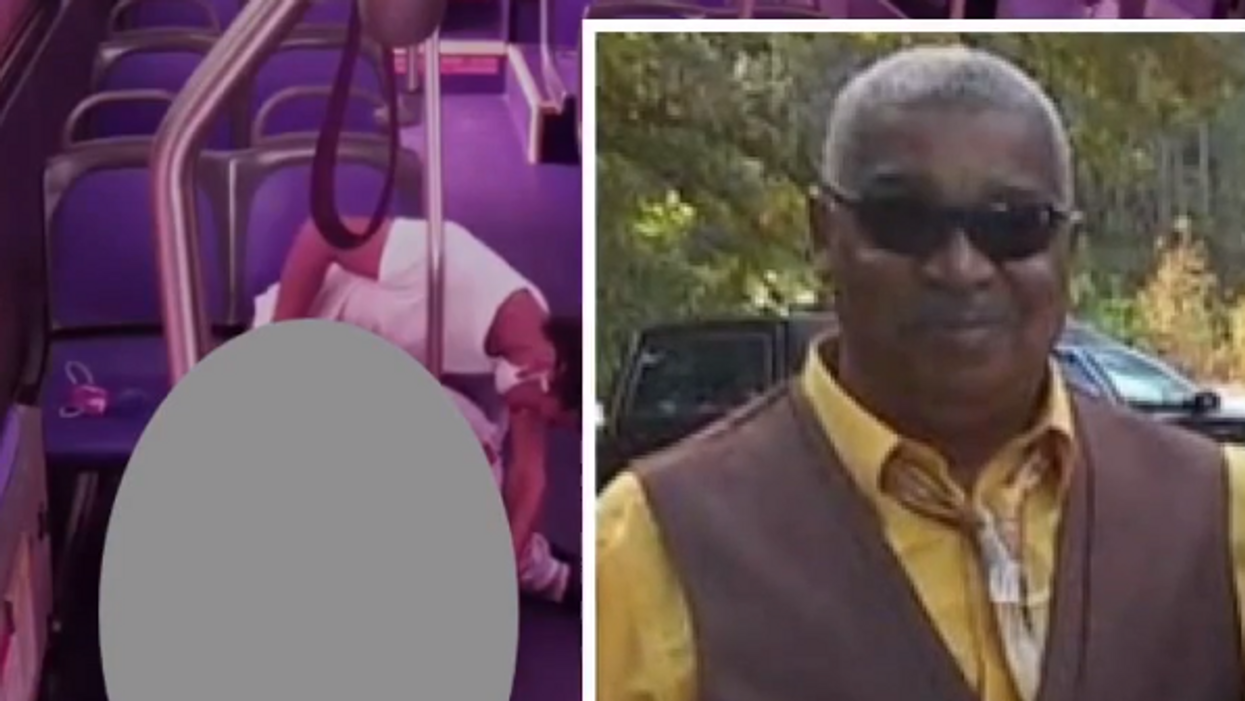 A military veteran was robbed in Virginia while he was dying from a heart attack. The sickening video shows the suspect appearing to help the Air Force veteran, but he was actually stealing money out of his wallet.

Ray Bass took a city bus in Richmond to his doctor's appointment at the McGuire VA Medical Center shortly before 11 a.m. on Sept. 10. While in transit, the 66-year-old suffered a heart attack. Riders informed the driver that a passenger had collapsed. The driver pulled the bus over, evacuated the vehicle, and called 911.

A young man is seen on video seeming to try to help Bass. The man, later identified as Damontea Chappell, can be heard saying, "Pops, what yo name is, pops?"

Then Chappell is seen searching the pockets of the unconscious man. "I'm trying to find your wallet," Chappell is caught saying on video. "Where is your wallet?"

Chappell is seen stealing money from the former Desert Storm sergeant's wallet during his final moments of life.

"He was acting as though he was a good Samaritan when all the while, he was a wolf in sheep's clothing," Richmond Police detective Greg Russell told WRIC-TV.

The bus driver for the Greater Richmond Transit Company said that Chappell told him he was assisting Bass so he wouldn't be alone.

When officers arrived at the scene, Chappell told cops that he was "terrified" and "had never seen anyone die," according to Russell.

"I've been a police officer for 30 years, and I've never seen anything like this," Russell said. "This might take the cake. This is a vile incident that should not have happened. This man deserved respect and was totally disrespected."

Once police reviewed the surveillance video, they issued a warrant for Chapell's arrest. The Richmond Police Department said Chappell turned himself in to authorities on Wednesday and was being held without bond.

According to an online obituary, Air Force Sergeant Raymond Bass was a former aircraft mechanic. "In his spare time he enjoyed fishing, football, especially the Redskins, and spending time with family." He was laid to rest with military honors.

Bass is survived by three daughters and six grandchildren.

His niece, Cassandra Bass, called Chapell "the scum of the earth, bottom feeders and there's a lot out here amongst us."

"Calling him 'pops' as if he knew him. He wasn't trying to help him at all," she told WTVR-TV. "You could see he was actually kicking him to make sure he wasn't moving and dead before he went into his wallet."

"Like most men, he kind of wanted to keep the health thing hidden," Bass said. "So we didn't worry and I think it's why the sudden death has hit us so hard."

"My dad is deceased, so he was like a dad to me," she about her late uncle. "A very devoted family man, he'd do anything for his loved ones."

Bass' common-law wife, Renee Scott, did not mince her words about the thief.

"Whoever the person is who went in Ray's wallet as he lay there deceased, has no soul and represents the devil," Scott said. "God is stronger and he will find you."