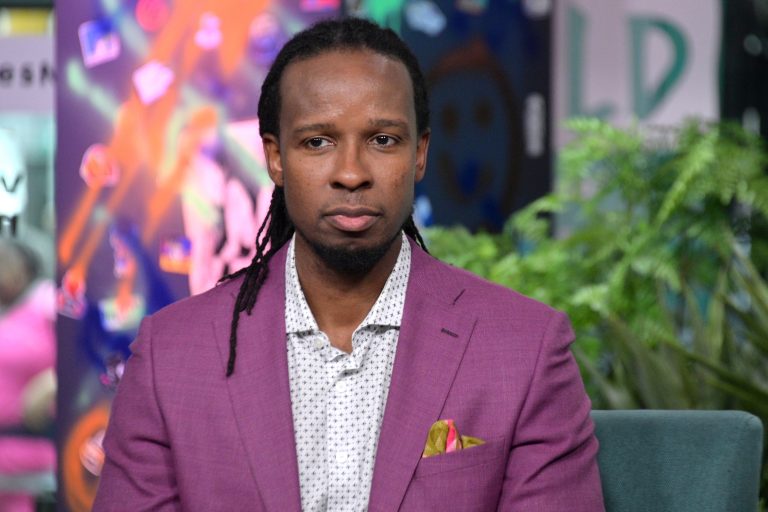 In August 2019, as young journalists agitated for their newsrooms to pivot toward social justice, Dr. Ibram X. Kendi's research center at American University secured a $50,000 grant from the Ford Foundation to develop a "racial reporting guidebook" to help the media hew to Kendi’s "antiracist" principles.

The school touted the grant as one of its 2019 achievements, and Kendi’s academic perch at AU, the Antiracist Research and Policy Center, proudly advertised on its website a fall 2019 symposium on "racial reporting."

But neither the guidebook nor the symposium ever materialized—further details were promised well into 2020. The project’s mysterious disappearance is but one instance in which Kendi and colleagues’ big promises never came to fruition.

Over the past half decade, Kendi has become liberal America's guiding light on the academic study of racism. He has written three bestselling books, published op-eds in the New York Times and Washington Post, and has been named a contributor to the Atlantic and CBS News. But the glitzy academic center at which he roosted for much of that time produced no real academic research.

Instead, the ARPC hosted a swanky gala honoring liberals from George and Amal Clooney to Barack and Michelle Obama, as well as "conversations" with people such as Black Panthers founder Bobby Seale. And it ran an "antiracist confessions board" on which students and administrators were encouraged to overcome the "denial" that characterizes racism by "confessing" the details of their "journey" to being antiracist.

The racial reporting guidebook isn’t the only project that never materialized. Another $200,000 Ford Foundation grant, for a promised "National Antibigotry Project," exists entirely on paper. Other projects Kendi promised—"policy teams," the "world’s largest" library of data on racial inequality, and classes for American University students—did not come to fruition before his departure this summer for the new Center for Antiracist Research at Boston University.

A spokeswoman for the Antiracist Research and Policy Center told the Washington Free Beacon that academic output is not the center’s only purpose but did not comment on Kendi’s failure to fulfill these commitments.

"While research production is a goal of an academic center, there are other goals, such as convening experts from the policy world and beyond to further discourse, and there are many types of academic centers," said Rebecca Basu, a spokeswoman for the center. She added that Kendi "also engaged in significant activity as a thought leader and public intellectual" and pointed to a list of activities including those mentioned above, a series of op-eds in the Guardian, and a "national antiracist book festival." A Kendi representative at BU did not respond to multiple requests for comment.

Kendi's story mirrors that of other fixtures of the new progressive establishment, like White Fragility author Dr. Robin DiAngelo, who have elevated themselves as academic experts on racism and gotten rich as corporations, foundations, and many of the country’s wealthiest people scramble to prove they are on the right side of the country’s racial reckoning.

Kendi joined the American University faculty in Aug. 2017, just months after a campus uproar over an incident involving a banana and a noose. His hiring was announced just nine days after the event, although Kendi has said that he had been in discussions with the school for months. A spokesman for the university did not respond to multiple requests for comment.

Though Kendi promised to involve students in the center, he taught just one class during his three years at AU. The center’s engagement director, Dr. Christopher Petrella, also taught once in the spring of 2018, possibly as a substitute for Kendi, who had taken ill.

The "research teams," which formed the centerpiece of Kendi’s academic vision, attracted just one or two fellows each, and produced little research. While one ARPC fellow, Dr. Jessica Owens-Young, received funding for research on racial disparities in infant mortality in the District of Columbia, no paper on that topic appears to have been published—Owens-Young did not respond to a request for comment.

Other ARPC fellows for whom such information is available do not appear to have published ARPC-funded research; one has not published anything since 2016. Basu told the Free Beacon that the center itself never published any research reports.

The most successful Kendi project appears to have been the Antiracist Teacher Preparation Initiative, a joint endeavor with the AU School of Education funded by the Gates Foundation. But that work, still ongoing, is primarily housed outside of the ARPC. School of Education dean Cheryl Holcomb-McCoy described Kendi and Petrella as "collaborators/thought partners," but emphasized that American University academics are taking the lead.

Similarly, Kendi’s sole data contribution, the COVID Racial Data Tracker, is someone else’s project. Funded by $300,000 from the Marguerite Casey Foundation, the tracker is part of a larger coronavirus research effort overseen by his colleagues at the Atlantic. A spokeswoman for the Atlantic did not directly respond when asked about Kendi’s level of involvement but told the Free Beacon, "The Covid Tracking Project is a volunteer organization launched at the Atlantic; data collection is done by a network of volunteers."

Kendi’s lack of research output proved little obstacle to fundraising. The center made clear on its website that it "aims to attract support from visionary philanthropists and foundations" and to partner "with the philanthropic community."

Money flowed in, including the $250,000 from the Ford Foundation (which did not respond to a request for comment) and $300,000 from the Marguerite Casey Foundation, as well as $150,000 from George Soros’s Open Society Foundation, and $150,000 from the Gates Foundation. Giving was particularly popular at times of racial unrest—just days after the death of George Floyd in May, gaming company Square Enix included the center among recipients of a $250,000 grant, while supermodel Karlie Kloss hawked prints, the proceeds of which were earmarked for the center. 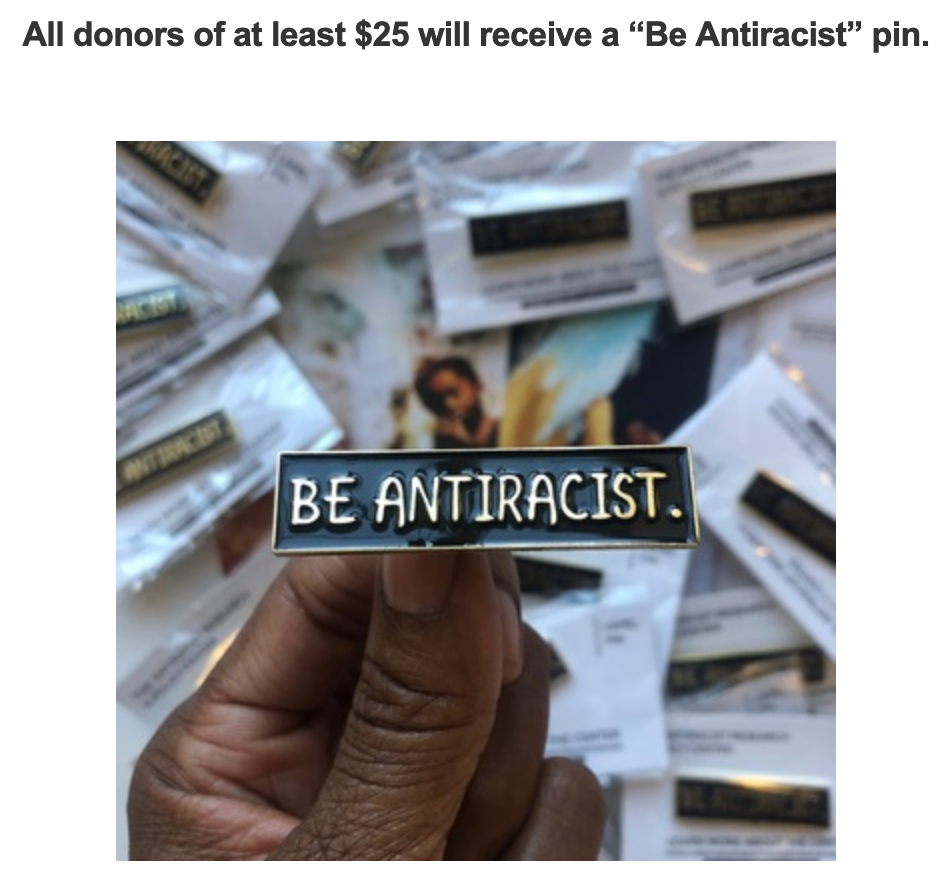 Individuals contributing $250 or more received a signed copy of Kendi’s bestseller Stamped from the Beginning; those giving at least $25 received a "Be Antiracist" pin.

Kendi's position also gave him and hangers-on access to the halls of power. Seven months after his arrival on campus, Kendi was named a contributing writer at the Atlantic, while Petrella garnered a prestigious Atlantic fellowship. Asked whether the events were connected, a spokesman for the Atlantic did not respond.

It also brought personal wealth. Kendi’s latest book, How to Be an Antiracist, remains atop bestseller lists, adding to the proceeds of $150-a-ticket events and one-hour presentation fees of $25,000.

Kendi's inactivity may be attributable to the stage IV cancer diagnosis he received in January 2018. But over the following year, he continued to speak and write widely, authoring How to Be an Antiracist. His colleagues do not appear to have stepped up in his absence.

In June, Kendi announced a move from AU to Boston University. The tenor of his departure is unclear: While AU thanked him for his service in a note on the future of the ARPC, Kendi conspicuously declined to comment when asked if dissatisfaction with the university had driven him elsewhere. He took the ARPC's team with him, as well as its social media handles—the center at AU was forced to create new ones in June.

The professor has shed longtime followers in his climb. Petrella decamped from AU to BU with him, becoming the only white man on staff at the Center for Antiracist Research, Kendi’s new outfit that mimics his setup at AU in structure, projects, and staff. But as of this writing, Petrella has disappeared from the center's site and wiped mentions of it from his own web presence. He did not return a request for comment.

Kendi appears to have bigger dreams than BU. He made waves last year with a proposal that America create a Department of Antiracism, tasked with preventing racism in policy nationwide, effectively re-creating his "center" but with taxpayer funding. Sen. Elizabeth Warren (D., Mass.) recently introduced a bill to create a weaker version within the Centers for Disease Control and Prevention—one can guess who would end up in charge.

Kendi’s billionaire patrons seem eager to get him there. In late August, billionaire Twitter cofounder Jack Dorsey made an unsolicited $10 million gift to the Center for Antiracist Research. The center had been established just six weeks earlier, and Dorsey’s gift dwarfed even the $1.5 million that the charitable giving arm of Boston-based Vertex Pharmaceuticals had given. Kendi said he was "elated" by the trust it signified.

Dorsey’s donation will likely not be the last, or even the biggest, to the professor who has become a charity magnet for the progressive elite. It is clear from Kendi’s track record that these ever-more-generous gifts are not buying serious research. Instead, Kendi is peddling the latest in wokeness—and his billionaire benefactors are eager to buy.