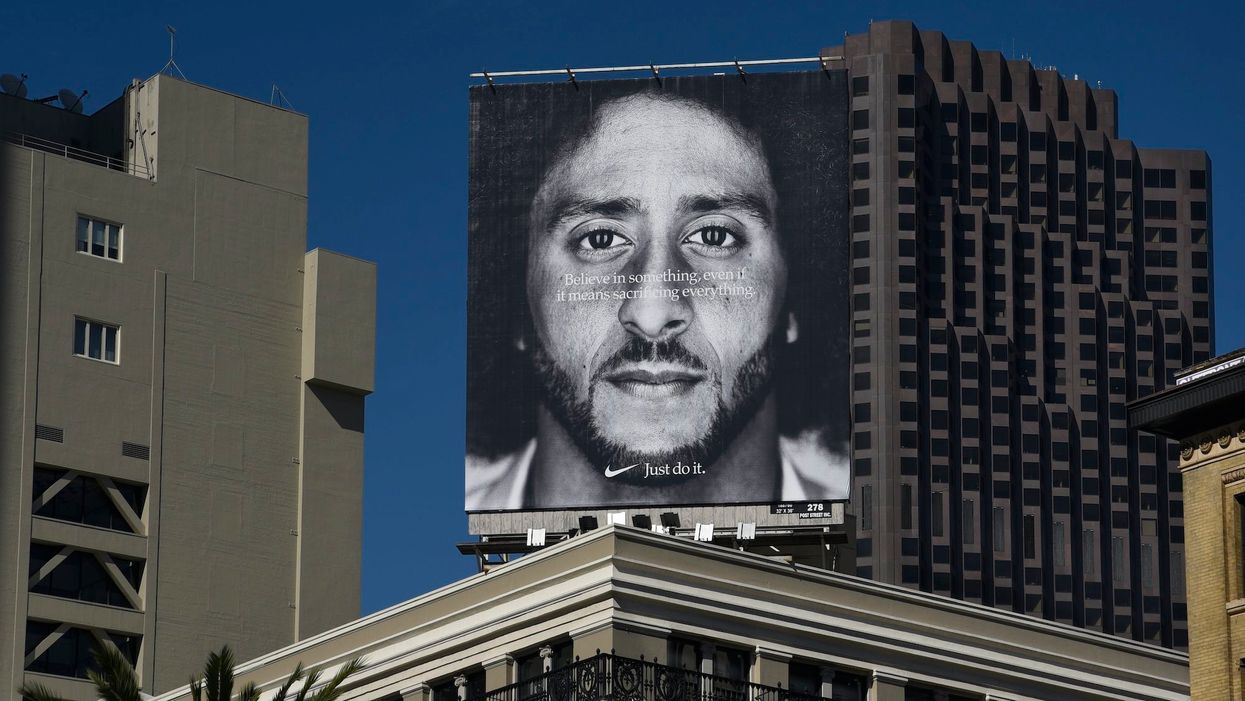 Jason Whitlock is a rarity in sports journalism: He's willing to take on the sports business and challenge progressive groupthink. For example, just 10 days ago he came out to declare that "white liberals" are the "true racists" and that liberalism is "the new KKK hood."

Now he's sending the left into fits with a recent Outkick column calling the Black Lives Matter movement the "Criminal$ Justice Movement" that is nothing more than a "cash grab" by professional athletes, celebrities, the media, and Democrats.

As evidence, he pointed to two examples:

Attorney Ben Crump: The man who has represented the families of Breonna Taylor, George Floyd, Ahmaud Arbery, and Jacob Blake, "bragged to reporters about the $12 million settlement the city of Louisville will pay Breonna Taylor's family. It was good advertising. You've heard of ambulance-chasing lawyers. Crump chases hearses," Whitlock said. He added:

He's built a multi-million-dollar law practice around securing cash settlements for the families of victims of alleged police misconduct. On September 8th, Crump tweeted out a “powerful" message from Jacob Blake that summarizes the Criminal$ Justice Movement.

“Change y'all's lives out there," Blake said from his hospital bed, “stick together, make some money, make things easier for our people out here."

Whitlock's concern, he said, is that all of the "awareness raising" will actually promote a climate that's more dangerous, not less.

"The Criminal$ Justice Movement and its primary policy push — defund the police — have predictably emboldened criminals," he wrote. "Violent crime is elevating in high-crime neighborhoods and police are reluctant to aggressively police those areas."

All while Kaepernick and Nike cash in and financial donations pour down on Democratic voter drives. Everybody is using George Floyd's death to make it rain. His memory is used to hype NFL and NBA games, power ad campaigns for podcasts and YouTube shows, leverage media members for promotions and, most importantly, fuel left-wing political funding.

And the people being used by the left to push this cause, Whitlock said, are uninformed, easily influenced young people who can't be bothered to examine the details of what the movement is claiming:

Most athletes have a cursory knowledge of the Criminal$ Justice Movement. They're young, rich and easily influenced by social media. They don't have the time or an interest in researching the details of the movement.

Instead, Whitlock said, these athletes just look for the "best way to avoid public criticism and not be accused of selling out or being a racist" and, therefore, just echo support for whomever the movement tells them to support.

He concluded that the "Criminal$ Justice Movement" does not improve the lives of minorities but only "the lives of Kaepernick, Nike shareholders, hearse-chasing lawyers, black elites using the movement to advance their careers and white Marxist anarchists determined to overthrow capitalism, democracy, freedom and God."