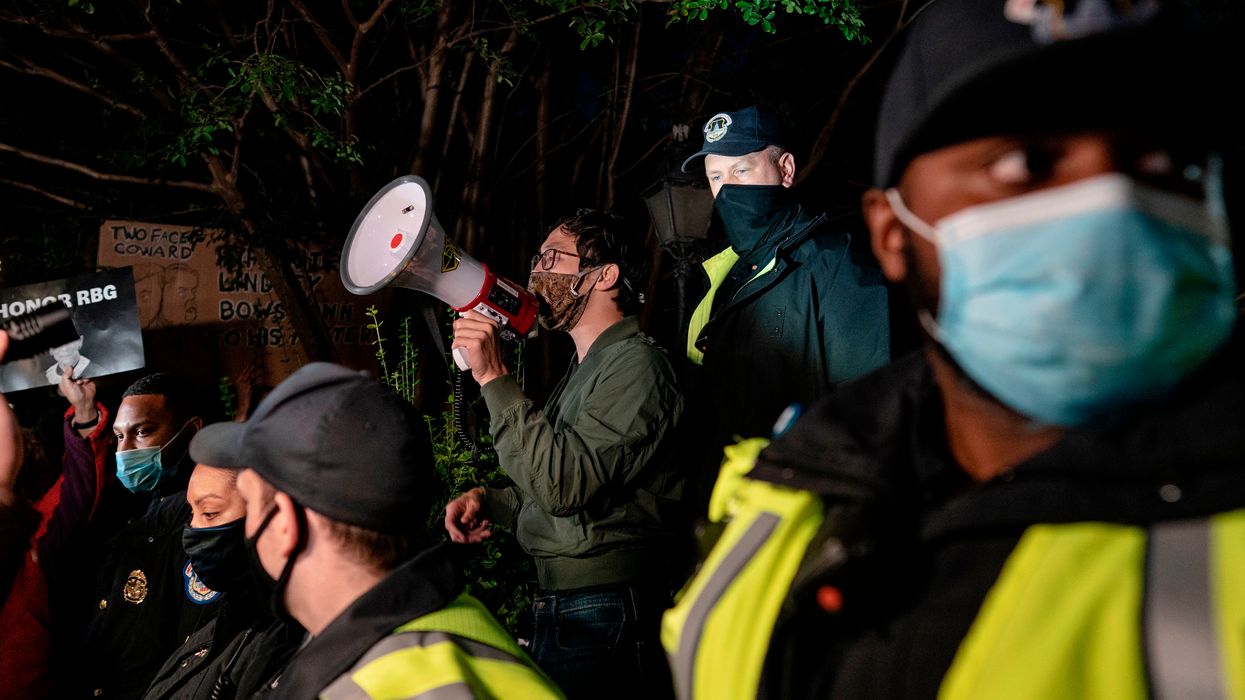 Democrats, angry that President Donald Trump and the Republican-controlled Senate have the opportunity to fill yet another Supreme Court vacancy, have made it clear they will do anything in their power to disrupt the confirmation process, or at least have their voices heard.

Well, every one of Graham's neighbors was subjected to those voices early Monday.

According to WUSA-TV, left-wing members of the ShutDown D.C. and Sunrise movement gathered outside Graham's house at 6 a.m. Monday morning. Protesters were seen trespassing on the property, they made noise with bells and sirens, and some even attempted to knock on Graham's door.

U.S. Capitol Police responded by forming a line on the sidewalk between the protesters and Graham's house.

"DC residents will be fighting for their children and grandchildren early Monday morning, by insisting that Trump should not be allowed to fill his third lifelong Supreme Court appointment, tipping the court for generations," ShutDown D.C. said in a statement, WUSA reported.

Protestors turned back to Capitol Police when they knocked on Senator Graham’s door. #getupdc @wusa… https://t.co/80qyX9olKs

Both protest groups were formed to advocate for progressive climate policies. However, ShutDown D.C. also states on its website, "As the 2020 election approaches we are making plans to rise up to confront the Trump administration's attacks on democracy."

Clymer also tweeted the street intersection of McConnell's house — essentially making public his private address — but that tweet was removed from Twitter because it violated the social network's rules.

Protesters also gathered outside McConnell's Louisville home over the weekend, the Louisville Courier-Journal reported. Democrats are angry that McConnell essentially blocked the nomination of Merrick Garland in 2016, but has already confirmed that Trump's latest nominee will receive a vote before Election Day.

About 100 protesters gathered Saturday, the newspaper reported. The demonstrators dispersed in the afternoon after police made one arrest.

"I'm disgusted that Senator McConnell would treat this opportunity in a complete different manner than he treated the opportunity when there was a vacancy when Obama was nine or 10 months away from the election," one of the protesters told the Courier Journal. "I'm not surprised, but I am disgusted. I think that's appalling."