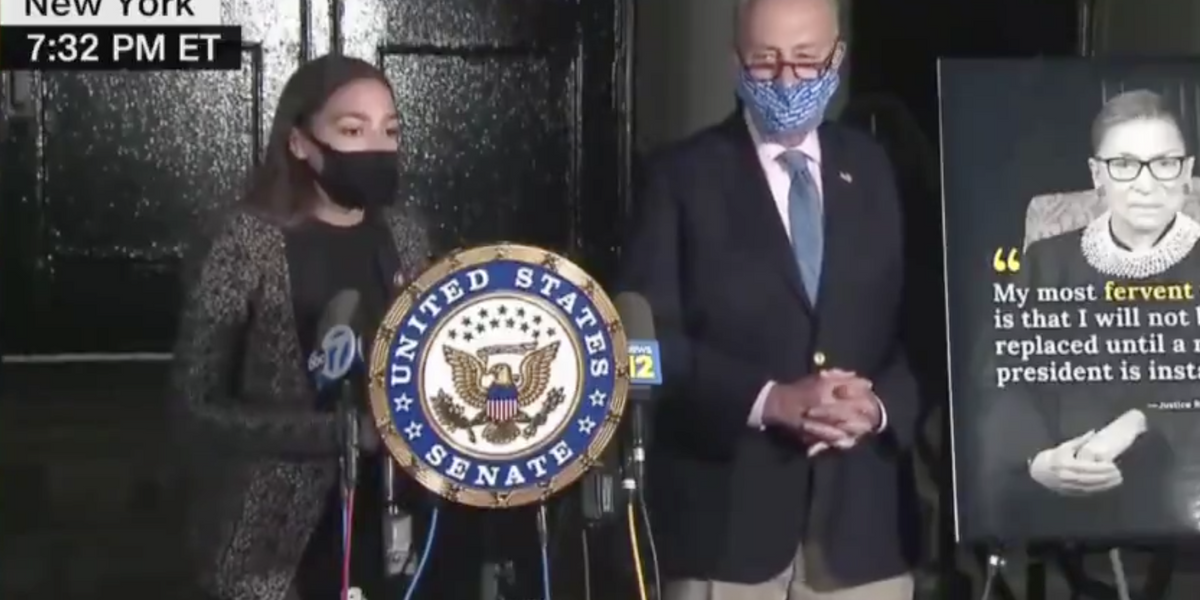 Powerful Democrats are floating impeachment — both of President Donald Trump and Attorney General William Barr — as one possible option to stop Trump from fulling his constitutional duty to nominate a judge to fill the Supreme Court vacancy or as a measure of retaliation if he proceeds with the nomination process.

Freshman Rep. Alexandria Ocasio-Cortez (D-N.Y.), one of the most influential progressive lawmakers, confirmed Sunday that Democrats may consider impeachment against Trump and Barr.

During a press conference in New York Sunday evening, a reporter asked Ocasio-Cortez, "Congresswoman, you mentioned being open to all ideas to buy time. Would you be in support of potentially renewing talks of impeachment hearings either against the attorney general or the president?"

That being said, these are procedures and decisions that are largely up to House Democratic leadership. But I believe that also we must consider, again, all of the tools available to our disposal, and that all of these options should be entertained and on the table.

Senate Minority Leader Chuck Schumer (D-N.Y.), who was standing next to Ocasio-Cortez, nodded in agreement when she said impeachment should be on the table.

Alexandria Ocasio-Cortez is open to impeaching @realDonaldTrump to stop him from filling the Supreme Court vacancy.… https://t.co/gyPQxfma4J

House Speaker Nancy Pelosi also admitted Sunday that retaliatory impeachment is on the table if Trump fills the Supreme Court vacancy prior to the election.

"Well, we have our options. We have arrows in our quiver that I'm not about to discuss right now," Pelosi said.

“We have our options. We have arrows in our quiver that I’m not about to discuss right now,” Speaker Pelosi tells… https://t.co/fMFwNB7JsU

Pelosi's comments, as well as those made by Ocasio-Cortez, only came after media members asked them whether Democrats would consider impeachment as a response to Trump.

Not only are Democrats considering impeachment, but many are advocating that, once Democrats regain control of the White House and Senate, they expand the number of Supreme Court justices and pack the court with ideological liberals.

How did Ginsburg feel?

As TheBlaze reported, Ruth Bader Ginsburg did not support court-packing or expanding the court.

"I have heard that there are some people on the Democratic side who would like to increase the number of judges. I think that was a bad idea when President Franklin Delano Roosevelt tried to pack the court," Ginsburg said in an interview with NPR last July.

"You mention before the quote of appearing partisan. Well, if anything would make the court appear partisan then it would be that, one side saying, 'When we're in power we're going to enlarge the number of judges so we'll have more people who will vote the way we want them to,'" she added.