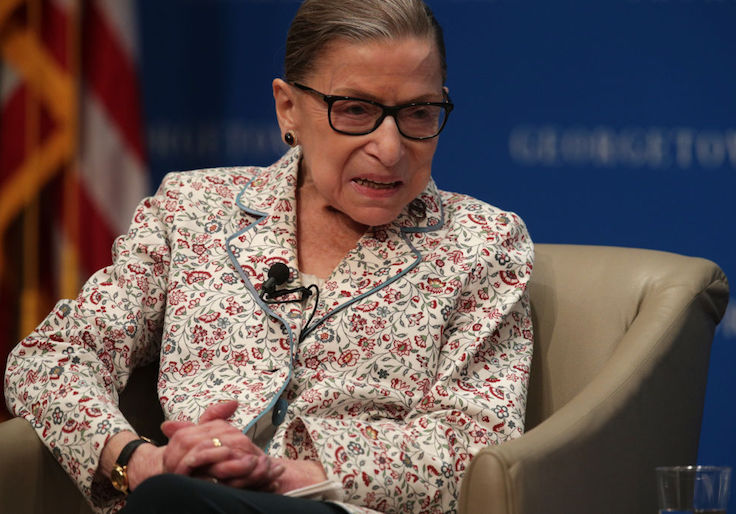 The late Justice Ruth Bader Ginsburg's comments on court packing and election-year judicial nominations loom large over the forthcoming battle for her seat on the Supreme Court.

Ginsburg had criticized both proposals to expand the Supreme Court and the Senate GOP's year-long blockade of Judge Merrick Garland's nomination in 2016. After her death Friday evening, those statements are sure to resurface as Republicans and Democrats alike flip the script on their own past positions about election-year vacancies and the size of the Court.

Though most Supreme Court justices try hard to remain out of the political fray, Ginsburg sometimes surprised with candid assessments of candidates or political proposals. She brought that forthrightness to bear in a July 2019 interview with NPR when asked about a nascent push on the left to pack the High Court following the confirmation of Justices Neil Gorsuch and Brett Kavanaugh.

"There is no fixed number in the Constitution," Ginsburg said. "So this Court has had as few as 5, as many as 10. Nine seems to be a good number, and it's been that way for a long time."

"I am not at all in favor of that solution to what I see is a temporary situation," she added. Her remarks echoed those of fellow Clinton appointee Justice Stephen Breyer, who seemed to rebuff the idea at an April 2019 event.

The Supreme Court's size has remained fixed at nine since the late 1860s.

Ginsburg was similarly frank about her displeasure with Senate Republicans after Justice Antonin Scalia died in 2016. She offered her unqualified support for Garland and took Senate Republicans to task for ducking a hearing and confirmation vote during an interview with the New York Times.

"That's their job," she said. "There's nothing in the Constitution that says the president stops being president in his last year."

She left no doubt about her opinion of Garland's fitness.

"I think he is about as well qualified as any nominee to this court," she said. "Super bright and very nice, very easy to deal with. And super prepared. He would be a great colleague."

Before she died, Ginsburg had made her wishes regarding a successor plain. "My most fervent wish is that I will not be replaced until a new president is installed," she said in a statement dictated to a family member.