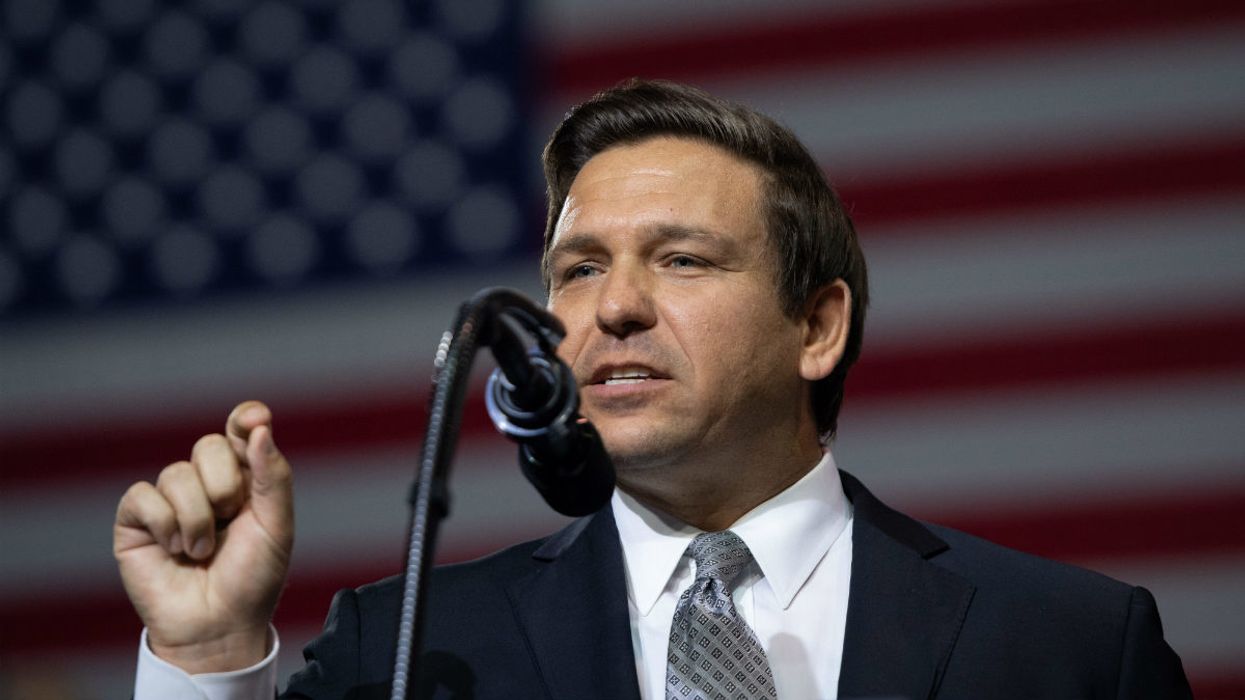 Florida Gov. Ron DeSantis (R) appears to have lost his patience with the rioters and is now seeking to read them his new version of the Riot Act. "Florida is off the table; you're just not coming here," declared the first-term governor at a press conference today.

On Monday, the conservative governor of the Sunshine State unveiled the "Combating Violence, Disorder, and Looting and Law Enforcement Protection Act" at a press event with state legislative leaders and sheriffs. The proposed legislation appears to be aimed at both deterring rioters and looters and protecting law enforcement against punitive action for defending themselves and public order, as well as non-police citizens acting in self-defense.

In terms of deterring the rioters, the legislation would target violent assemblies, destruction of monuments, blocking of public roadways, and harassing of citizens — all rampant behavior of Antifa and BLM mobs that have gone undeterred and unpunished until now.

Specifically, the bill, if adopted by the legislature, would make it a third-degree felony to be a part of an assembly of seven or more people causing damage or injuring people or to obstruct traffic and block motorists during an unpermitted demonstration. The bill would also protect motorists from any liability for death or injury to the mob members if the individual is clearly fleeing to safety. This addresses a growing problem we are seeing with BLM rioters blocking traffic and placing motorists in grave danger of being forced to risk either being severely beaten or running over those blocking the road.

The bill ups the ante against those who topple monuments by making such an offense a second-degree felony under state law. It also criminalizes participation in disorderly assemblies targeting citizens at restaurants or other public places.

Finally, in an effort to target those organizing the rioting, this bill would slap the funders and organizers of violent riots with state RICO charges.

In terms of punishment, the bill seeks to address the catch-and-release problem that is rampant throughout the country. As we've seen throughout the rioting, many individuals who engage in violence against civilians and police are released from jail the next day and charges are dropped. This proposed legislation creates a mandatory six-month sentence for attacking a police officer. It also offers sentence enhancements for those who assault officers, throw objects at civilians or officers, and for individuals present from out of state while participating in a disorderly assembly. Additionally, it bars the release of any of the aforementioned offenders on bail until the first court hearing.

As a way of deterring more liberal localities within Florida that might tacitly bless the violence and fail to protect citizens, the DeSantis proposal would defund those cities that defund the police. Also, rather than debating ending sovereign immunity for police, his bill would end sovereign immunity for government officials who fail to protect the people by allowing victims of the rioters to sue the government when it is grossly negligent in protecting lives and property.

And in case any government workers or teachers want to participate in the rioting, this bill would deny them government benefits and make them ineligible for state employment if they are convicted of any of the aforementioned crimes.

DeSantis is clearly breaking the mold of criminal justice "reform." In recent years, both parties have focused on reducing sentencing and promoting a de-incarceration agenda. DeSantis' proposal is a clear recognition that our deterrent against violent crime, particularly those who feel invincible because of the mass numbers of demonstrators around them, is waning fast.

"They do it because they think they can get away with it," said DeSantis when defending the need to have guaranteed jail time.

Incoming state Senate president Wilton Simpson and House speaker-designate Chris Sprawls were also at the press conference and promised to push this legislation through the state Senate as soon as they convene next year.

Judd warned the rioters, "If you loot, the next thing you can try to steal is something off your food tray at the county jail, because you're going to jail. That's a guarantee.

They were clearly sending the message that Florida is the anti-Portland. "You look around the country, and I think it's pretty clear that morale is very low in many police forces," said DeSantis. "If you look at what's gone on in some parts of our country, we just can't allow that to happen here."