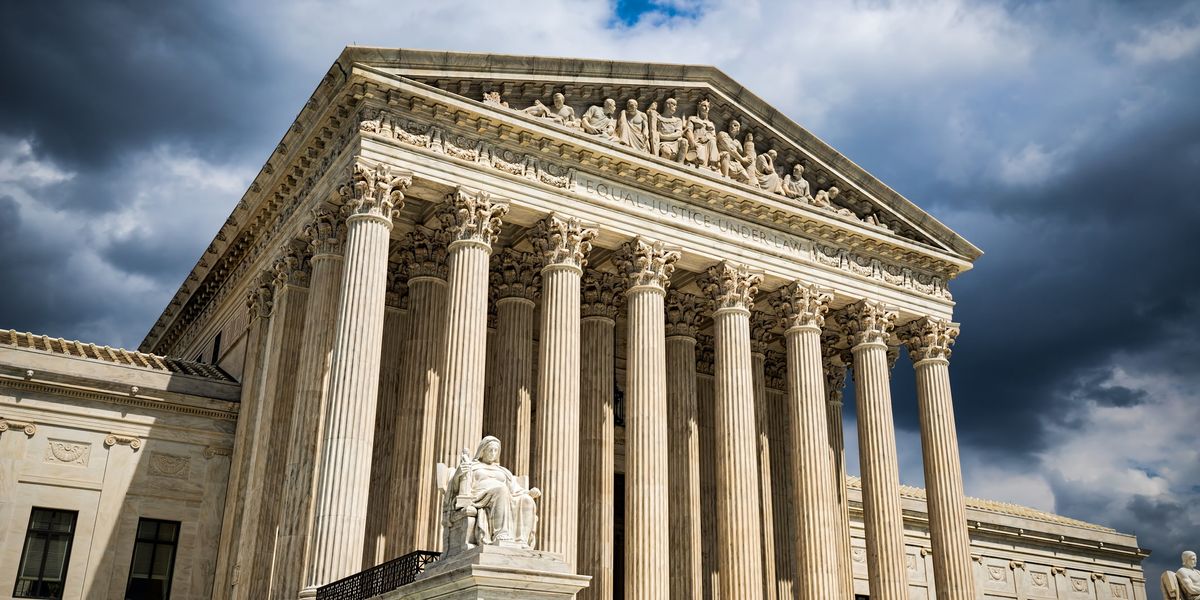 Not even our grandparents' generation, much less the Founders of this country, could ever have envisioned a day when to a huge number of people, the purpose of voting in a presidential election would not be for the presidency per se, but for who will choose the next Supreme Court justice. They would have laughed at the notion that a Supreme Court justice is more powerful than a president, but alas, here we are again debating a Supreme Court vacancy more vociferously than the presidency itself — because we have all wrongly entrusted the future of our society to the hands of unelected lawyers.

Before we elect senators or presidents, we are supposed to have a good idea as to their stances on the critical issues that will likely confront them. Given that the Supreme Court is wrongly regarded as a super-legislature, we have an even greater right – even a responsibility – to know where the nominee stands on the critical issues. No more stealth nominees, where we wind up getting justices selected by so-called conservatives who redefine human sexuality. We need hard litmus tests, even more than we have for president and Senate.

Just consider the difference between the power of what was considered the weakest branch of government and the power of the political branches. A senator is just one of 100 people. To change policy in the country, you need a majority (supermajority in the Senate) in both houses and the president's signature. If you oppose the law, you can always work to win future elections and change the law with a new vote from new members. The same applies to the president, whose subsequent policies can be changed by his successor. Then, of course, we are told that the judiciary itself can easily change the policies enacted by the political branches.

Contrast that to the Supreme Court, where we have nine life-tenured lawyers who can literally change the laws of God, or so we are told, and their decision is immutable. Regardless of the law, Constitution, rules of standing for a judicial case, past and recent Supreme Court precedent, political fallout, or national security consequences, justices can declare an opinion and have that policy unquestionably become "the law of the land." According to the erroneous practice of judicial supremacism, the only way to change that back is to embark on the nearly impossible task of amending the Constitution. And unlike when the shoe is on the other foot, we are told that the other branches cannot check that decision in any way.

With that background in mind, this is why it's time that we finally establish litmus tests for GOP SCOTUS nominees. If Democrats want to end the policy of judicial supremacism and make the Supreme Court boring again, then the nominee's positions matter less. But if they continue to treat SCOTUS like a super-legislature and get 100% assurance from their nominees where they stand on life, social issues, immigration, election law, and just about everything that can affect our society and politics, you better believe we will do the same.

Republicans keep nominating people who side with the Left on monumental issues. We swore we wouldn't do this again after Souter, but here we are today with Roberts, Kavanaugh, and Gorsuch – to varying degrees – in play to side with the Left at any given time on some critical and transformational issue. Conservatives' only one-hundred-percenter is Clarence Thomas, while the Left has four of them.

The mistake we make during every confirmation process is that we try to fool the Left with stealth nominees who have never said anything "controversial," but instead we wind up fooling ourselves. During Gorsuch's confirmation, I prepared a list of 15 relevant questions conservatives should get answers on, at least privately, before supporting him. One of them was whether he believes sex discrimination in law includes transgenderism. Well, the president and GOP senators didn't get an assurance on a single one of those issues, and we are paying the price today.

Of the past 19 Supreme Court vacancies, 13 of them were filled by GOP presidents. Yet, at best, just four of them can be considered to have been reliable enough on our issues (Rehnquist, Scalia, Thomas, and Alito).

The guessing game clearly has not worked for us. It's time to grab the bull by the horns. It's time to nominate someone who gives assurances to Trump and other conservative leaders as to where they are on the issues of the time. No, they need not prejudge specific cases. But if they believe illegal aliens have a right to remain in the country, that there is a right to transgenderism, and that past erroneous court decisions should be given deference, then we need to know about that up front. The other side always knows, and it never makes a mistake.

Rather than focusing on identity over everything else, we must focus on ideology, because, yes, this is a more ideological decision than congressional or presidential elections. The last time a president promised to appoint a woman above all other considerations, we got Sandra Day O'Connor. It's not that Trump shouldn't choose a woman, but whoever he chooses should check the constitutional boxes, not just in vague platitudes, first and foremost, instead of the identity politics boxes.

Sound too partisan? Well, then stop making the court the ultimate partisan body that is vested with the power to transform natural law.

On Saturday, David Axelrod, President Obama's former campaign manager, complained about the "tyranny of the minority" – with two GOP presidents having been elected by a minority of the nationwide popular vote choosing the majority of Supreme Court justices. Well, there is no greater tyranny of a minority than nine unelected, life-tenured lawyers being able to decide with finality any and every life decision of an individual and society at large.

As President Lincoln warned in his first inaugural address, "If the policy of the Government upon vital questions affecting the whole people is to be irrevocably fixed by decisions of the Supreme Court, the instant they are made in ordinary litigation between parties in personal actions the people will have ceased to be their own rulers, having to that extent practically resigned their Government into the hands of that eminent tribunal."

Trump should tell his opponents that he is content to return the court's power to the early days when John Jay, the first chief justice, observed that it lacked "the energy, weight, and dignity which are essential to its affording due support to the national government." But now that it contains all the weight of the national government, like an obese behemoth, you better believe we're going to make sure our nominees know the lines and don't cross them. If Democrats don't like it, they ought to shake hands with us and agree to place the power of this body on a rigorous diet.