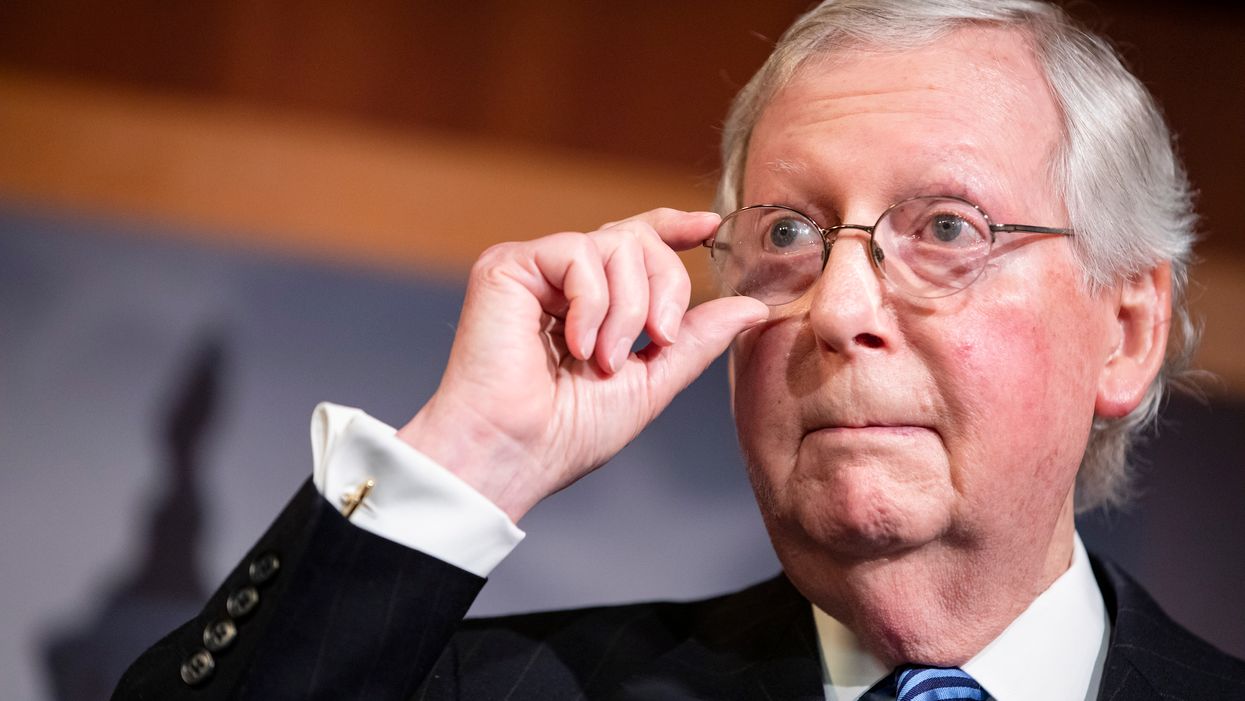 Senate Majority Leader Mitch McConnell (R-Ky.) will likely be able to push the Senate to consider a nomination to the Supreme Court after several Republicans made statements of support on Monday.

Democrats and their supporters were hopeful that enough moderates would break from the party line in order to doom the effort to fill the seat left empty by the death of Supreme Court Justice Ruth Bader Ginsburg on Friday.

Republican Sen. Chuck Grassley of Iowa said in a statement that he would not stand in the way of another nomination by President Donald Trump.

"Over the years, and as recently as July, I've consistently said that taking up and evaluating a nominee in 2020 would be a decision for the current chairman of the Judiciary Committee and the Senate Majority Leader," Grassley said in the statement.

"Both have confirmed their intentions to move forward, so that's what will happen. Once the hearings are underway, it's my responsibility to evaluate the nominee on the merits, just as I always have. The Constitution gives the Senate that authority, and the American people's voices in the most recent election couldn't be clearer," he continued.

"While there was ambiguity about the American people's will for the direction of the Supreme Court in 2016 under a divided government, there is no such ambiguity in 2020," Grassley added.

Sen. Lindsay Graham (R-S.C.), the chairman of the Senate Judiciary Committee, informed members of the committee on Saturday that he would hold confirmation hearings for the nomination.

'Senate must decided how to best fulfill its constitutional duty'

Republican Sen. Cory Gardner of Colorado also said that he would not stand in the way of a nomination.

"When a President exercises constitutional authority to nominate a judge for the Supreme Court vacancy, the Senate must decided how to best fulfill its constitutional duty of advice and consent," Gardner said.

"I have and will continue to support judicial nominees who will protect our Constitution, not legislate from the bench, and uphold the law," he concluded. "Should a qualified nominee who meets this criteria be put forward, I will vote to confirm."

Democrats have argued that if Republicans were to push a nomination that it would be hypocritical because of McConnell's refusal to consider former President Barack Obama's nomination so close to the 2016 election.

Republicans have countered that the history of nominations to the Supreme Court offers precedence for senators of the same party as the president to have the mandate from the people to move forward on a nomination.

"[M]ake no mistake: if the shoe were on the other foot, Senate Democrats wouldn't hesitate to use their Constitutional authority and anything else at their disposal to fill this seat," Grassley said.

Republicans have a 53 to 47 majority in the Senate, but Sens. Susan Collins (R-Maine) and Lisa Murkowski (R-Alaska) have already said they would not support a nomination before the election.

Sen. Mitt Romney (R-Utah) has not made a statement about his position in the debate, but if no other Republicans go against the party line, a tie in the Senate would lead to a tiebreaker vote from Vice President Mike Pence.

Here's more about the nomination debate: