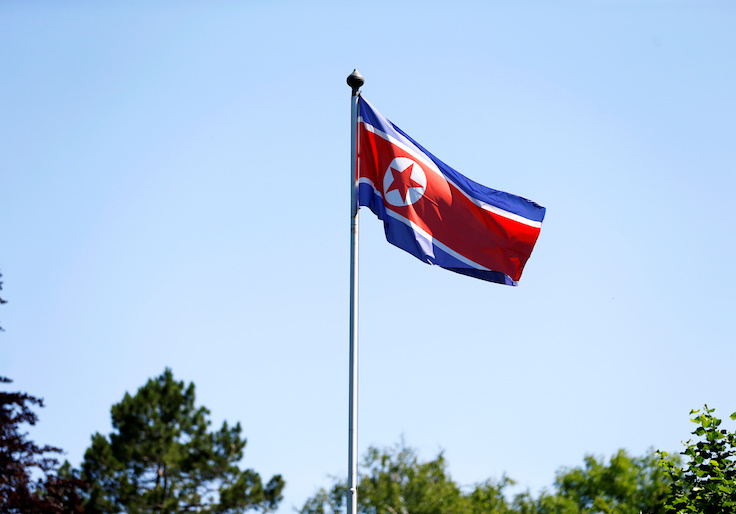 Over the course of several years, North Korea and organizations linked to the regime laundered over $174 million through American banks, according to documents obtained by NBC News.

The laundering scheme occurred over several years through a complex illicit finance network that included shell corporations and had support from Chinese companies.

"Taken as a whole, you have what really, frankly, looks like a concerted attack by the North Koreans to access the U.S. financial system over an extended period of time through multiple different avenues in ways that were fairly sophisticated," Eric Lorber, a former Treasury Department official, told NBC.

North Korean funds made their way into multiple prominent American banks, including JPMorgan Chase and the Bank of New York Mellon. The laundering detailed by the documents occurred largely from 2008 to 2017, a period in which the United States leveled a series of tough international sanctions on Pyongyang’s ability to do business across the world.

Intended to freeze Kim Jong Un's ability to develop or obtain nuclear weapons, the sanctions were often circumvented by North Korea with the help of friendly business and political interests in Beijing, experts said.

"The documents you have in front of you, I think, help explain why the North Koreans have been so successful at sanction evasion," Hugh Griffiths, who monitored sanctions on North Korea for the United Nations, told NBC. "What you have is gold dust, because so few journalists, or investigators generally, get access to banking internal compliance documentation."

There is recent precedent for North Korea's flouting of international sanctions. In July, more than 40 countries condemned Pyongyang for violating petroleum import caps put in place by the UN.

"If [North Korea] is able to flagrantly evade international sanctions, it will have little incentive to engage in serious negotiations," the complaint reads.

The current sanctions regime on North Korea has inflicted significant damage on the country’s economy during the coronavirus pandemic. In August, Kim Jong Un addressed fellow Workers’ Party members in a rare admission that Pyongyang’s economic planning had fallen short of its stated goals. As the economy in North Korea stalled, Kim also suspended missile testing in August.