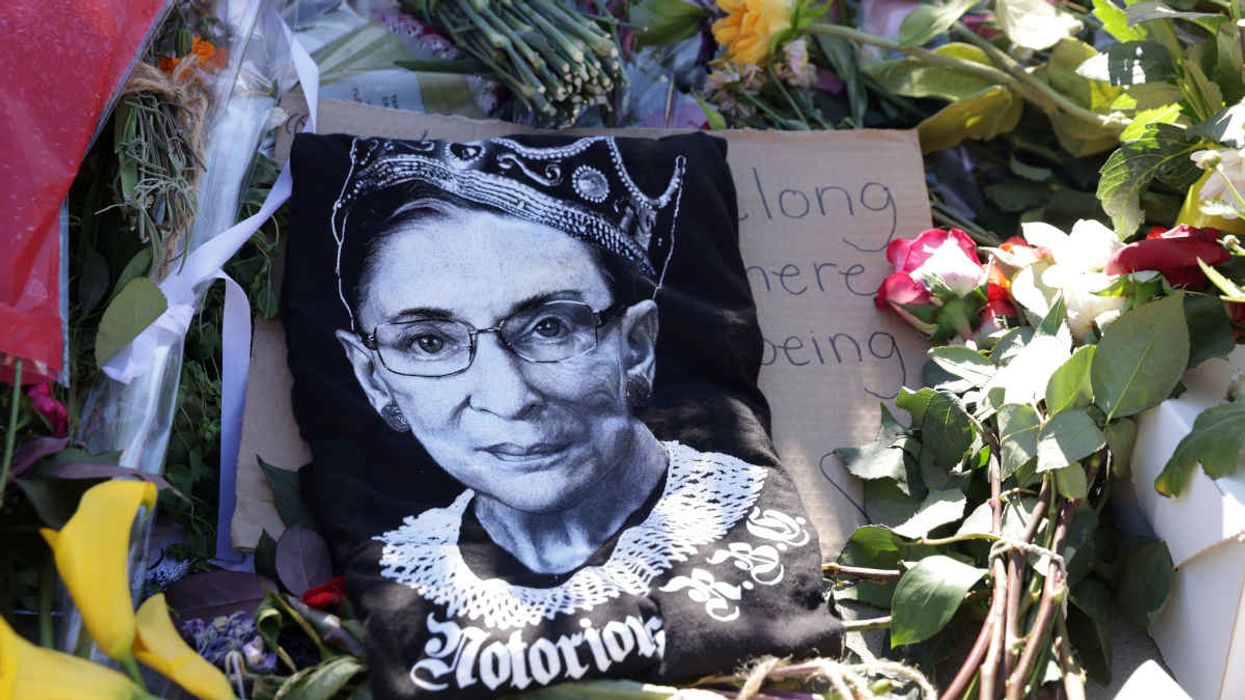 President Donald Trump on Monday questioned the late Justice Ruth Bader Ginsburg's reported dying wish that her replacement on the Supreme Court not be nominated by Trump, wondering aloud if her alleged statement was "written by Adam Schiff, Schumer, or Pelosi."

Ginsburg, 87, died Friday evening of complications from a long battle with pancreatic cancer. According to NPR, days before her death, she dictated a statement to her granddaughter Clara Spera, saying, "My most fervent wish is that I will not be replaced until a new president is installed."

As Democrats are threatening to impeach President Donald Trump should he move forward with a Supreme Court nomination before the election, the president questioned whether those words were said by Ginsburg or, he suggested, written by Rep. Adam Schiff (D-Calif.), the chairman of House Intelligence Committee and leader of the drive to impeach the president earlier this year, Speaker Nancy Pelosi (D-Calif.), or Senate Minority Leader Chuck Schumer (D-N.Y.)

"I don't know that she said that, or was that written out by Adam Schiff and Schumer and Pelosi?" Trump said during an interview on "Fox & Friends."

"I don't know that she said that, or was that written out by Adam Schiff & Schumer & Pelosi? I would be more inclined for the second" -- Trump claims Schiff, Schumer, & Pelosi actually wrote RBG's dying statement, & suggests she'd actually be fine w/him nominating her replacement pic.twitter.com/xLQq1csNTz
— Aaron Rupar (@atrupar) September 21, 2020

"I would be more inclined to the second. That came out of the wind. It sounds so beautiful, but that sounds like a Schumer deal or maybe Pelosi or shifty Schiff ... maybe she did and maybe she didn't," the president continued.

There is no evidence that the Democrats fabricated Ginsburg's statement.

"Look, the bottom line is we won the election," Trump said, adding, "We have an obligation to do what's right and act as quickly as possible."

The president on Monday declared his intention to nominate a judge to the Supreme Court on either Friday or Saturday, after funeral proceedings for Justice Ginsburg have concluded.

Democrats have threatened to restart impeachment proceedings against the president if he moves forward with a nominee. Asked by reporters Sunday evening whether impeachment was under consideration, Senate Minority Leader Schumer nodded in agreement as Rep. Alexandria Ocasio-Cortez said, "We must consider, again, all of the tools available to our disposal, and that all of these options should be entertained and on the table."

"We have arrows in our quiver that I'm not about to discuss right now," Pelosi said.

Trump predicts that any impeachment action taken by Democrats will help him win the election.

"I heard if I [nominate], they're going to impeach me," Trump said. "So they're impeaching me for doing what constitutionally I have to do."

"If they do that, we win all elections," he said.