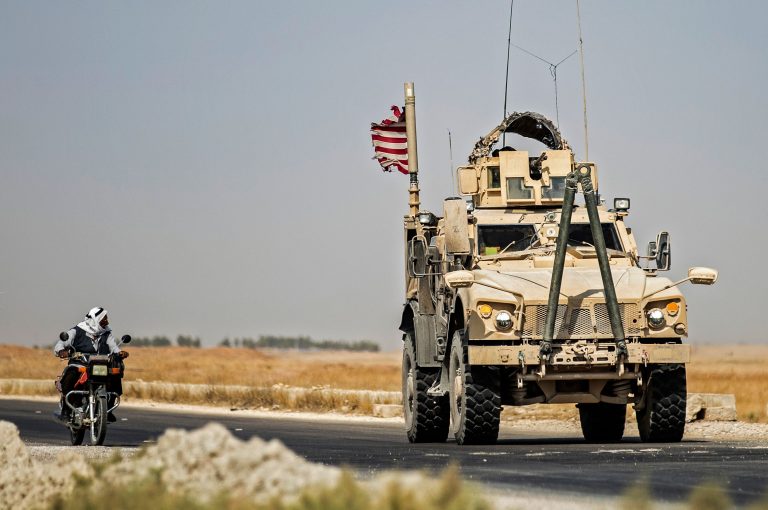 Military officials announced a slight uptick in American troop presence in Syria as a bulwark against increasing Russian aggression and revitalized signs from ISIS in the region, the New York Times reported Friday.

The additions will bring about 100 new personnel to the roughly 500-person American contingent in the country, as well as military hardware such as Bradley fighting vehicles and increased fighter jet patrols.

"These actions are a clear demonstration of U.S. resolve to defend coalition forces," Captain Bill Urban, a spokesman for the military’s Central Command (CENTCOM), told the Times in an email, "and to ensure that they are able to continue their defeat-ISIS mission without interference."

ISIS’s operations in Syria and elsewhere remain a challenge to American vital interests. A Friday Wall Street Journal report found that ISIS’s cash reserves, estimated to be over $300 million, are helping fund the terrorist organization’s efforts to withstand American-led coalition operations across the Middle East.

"The underlying conditions that allowed for the rise of ISIS remain," CENTCOM head and Marine general Frank McKenzie said last month. "They continue to aspire to regain control of physical terrain. Without sustained pressure, they have the potential to do so in a relatively short period of time."

Regional issues have only been complicated by Moscow’s adversarial posture toward the United States across the world, but especially in the Middle East. In August, a Russian vehicle conducted irregular maneuvers and rammed an American patrol, wounding seven American soldiers. The incident elicited concern from CENTCOM.

Months prior to the incident, reports circulated that Russia had paid the Taliban bounties to kill American soldiers. In 2018, Syrian operators allied with Russian mercenaries raided a compound held by American commandos. The resulting firefight left up to 300 Russian and Syrian fighters dead.