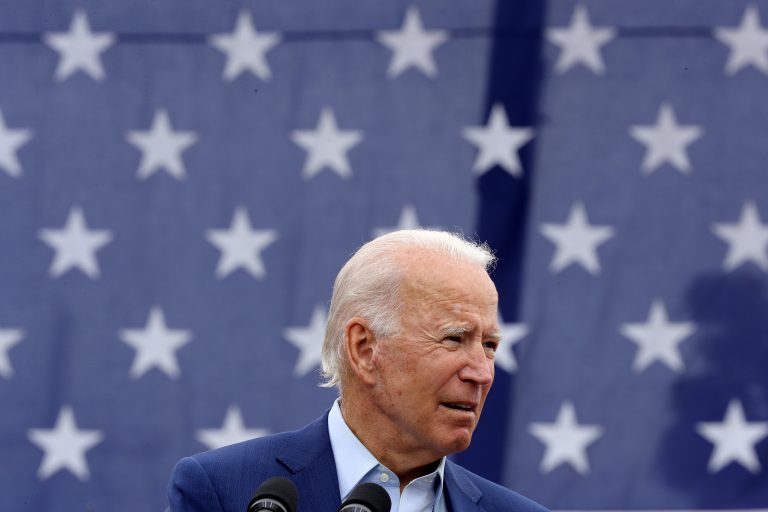 Democratic presidential nominee Joe Biden on Monday refused to say whether he would increase the number of justices on the Supreme Court, an idea he previously denounced.

Biden said that sharing his views on court packing would distract from Republicans' attempts to fill the late justice Ruth Bader Ginsburg's seat before the election.

"It’s a legitimate question," Biden told WBAY Action 2 News in Wisconsin. "But let me tell you why I'm not going to answer that question: because it will shift all the focus. That's what [President Donald Trump] wants."

Biden's comments mark a shift since the Democratic primary, when he said he opposed the idea of packing the Court. "No, I’m not prepared to go on and try to pack the Court, because we’ll live to rue that day," he said in July 2019.

In 1983, Biden called court packing a "bonehead idea" and called Democratic president Franklin D. Roosevelt's attempt to do so a "terrible, terrible mistake."

The concept of court packing, however, has gained traction in Democratic circles, particularly since Ginsburg's death last Friday.

Even months ago, 10 of the Democratic presidential candidates told the New York Times that they were open to the idea. Biden declined to be interviewed for that article, but Sen. Kamala Harris (D., Calif.), Biden's running mate, said she is "absolutely open" to expanding the Court.

Senate Minority Leader Chuck Schumer (D., N.Y.) told his fellow Democrats that "nothing is off the table" if Republicans confirm another Trump appointee to the Court.

Rep. Alexandria Ocasio-Cortez (D., N.Y.) said that all options should be on the table, "including the number of justices that are on the Supreme Court." Sen. Ed Markey (D., Mass.) also called for abolishing the legislative filibuster and expanding the Court in the wake of Ginsburg's death.