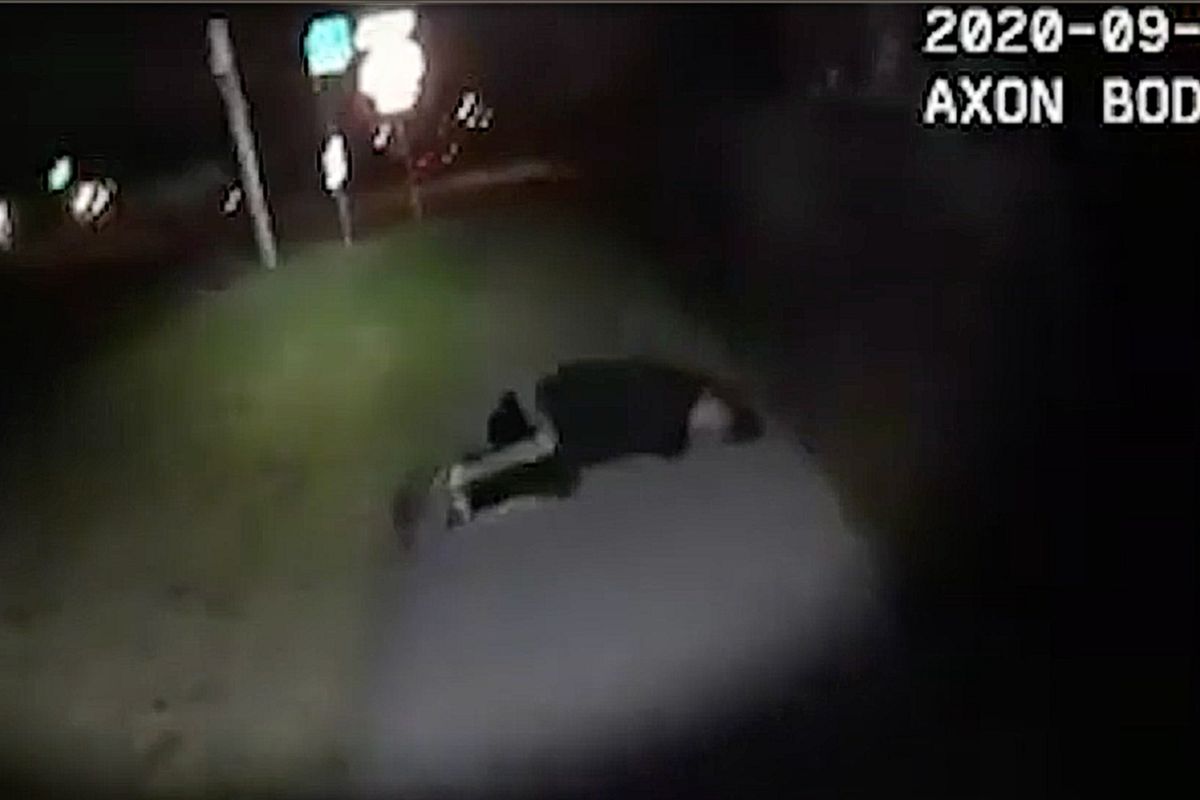 "He's sick," Barton told the dispatcher who answered the emergency call. "He needs to go to the hospital."

Barton also told dispatchers that she was looking for a crisis intervention team to assist her son. She added, however, that her son had threatened to shoot one of her co-workers and break the windows in their home.

She also told dispatchers that her son had been involved in a "shootout" in Nevada, as well as a high-speed chase with police, according to audio released by the department.

Barton told dispatchers during the call that her father was reportedly killed by a sheriff's deputy earlier in the year and that her son "does not like cops at all."

"That's why we need a mental health worker," she added. "It's super important."

According to previous reports, the child suffers from Asperger's syndrome and experiences separation anxiety.

Salt Lake City police officers responded to Barton's home, where she told them that her son — whom she described as an out-of-control narcissist —was experiencing a mental health episode.

Barton, in the video, told the officers her son likely had a BB gun or pellet gun or prop gun, adding that she did not believe it was a real gun.

Responding officers told Barton that even if the teen was not armed that they would have to proceed and approach him as if he were, according to protocol.

"Unfortunately, we have to treat them all as if they are," an officer told her.

Barton told the officers that she understood.

She remained behind as the officers began chasing the teen and demanding that he stop. When he refused, an officer fired several shots at the teen, striking him.

While on the ground, the teen said, "I don't feel good. Tell my mom I love her."

At the time, Sgt. Keith Horrocks of the Salt Lake City Police Department said that officers were responding to a call reporting a "violent psych issue" involving a juvenile "having a mental health episode" and "making threats to some folks with a weapon."

An independent police investigation is being conducted.

A GoFundMe page for the teen, who is still hospitalized, and his family has received more than $99,000 in donations at the time of this writing.

On Monday, former Salt Lake City Police Chief Chris Burbank said that he couldn't understand how an officer of the law could shoot a 13-year-old even in crisis.

"This is not an adult in mental health crisis. This is a 13-year-old," he told KSL-FM. "I don't know why you get to the point where you pull your gun out of the holster in this circumstance."

He added, "I'm really struggling to understand why deadly force was used, when there are so many other options available to police today. There is hands-on physical, there are tasers, there is pepper spray, there are batons. What was it that caused the need for a physical confrontation? The threat to the community was minimal, if at all."

"If [Cameron] had a gun and pointed it at a police officer," he insisted. "That is the only [rational] explanation in my mind."