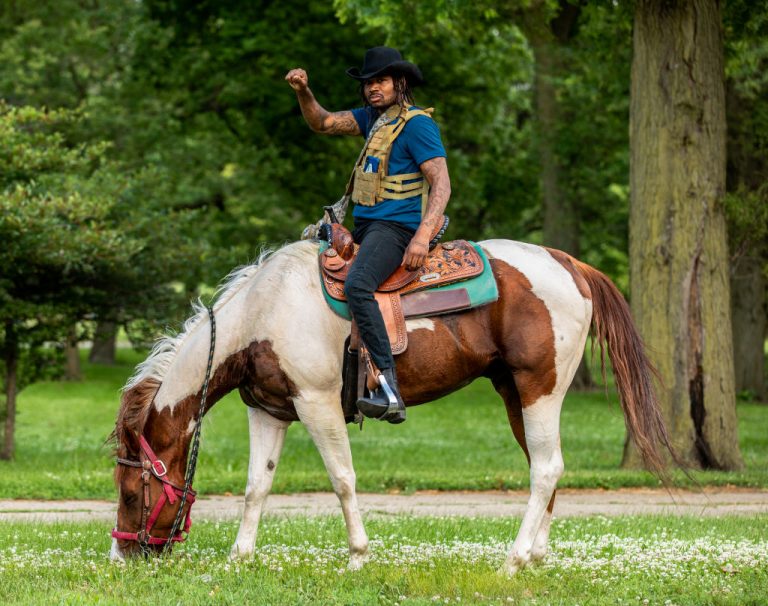 Chicago mayor Lori Lightfoot's (D.) "Census Cowboy" was arrested and charged on Monday with reckless conduct after riding his horse onto an expressway and blocking traffic for more than seven miles.

Adam Hollingsworth—the horse-riding neighborhood activist who worked with the mayor earlier this summer to encourage Chicagoans to fill out the census—rode his horse onto Dan Ryan Expressway during rush hour on Monday for what he called a "Kids' Lives Matter" protest. The purpose of his demonstration, he said, was to call attention to kids' needs in the community.

State police surrounded Hollingsworth and his motorcade and guided the activists to an exit, where they then arrested Hollingsworth for reckless conduct, disobeying a police officer, and trespassing on the expressway. Hollingsworth is being detained by Chicago police. Chicago's office of Animal Care and Control seized his horse, which sustained injuries during the ride.

In a statement, the mayor's office said Hollingsworth's "stunt" was a "very wrong way" of drawing attention to the issue.

Lightfoot dubbed Hollingsworth the "Census Cowboy" in July at an event to encourage Chicagoans to fill out the census. She tasked the activist with riding around to 10 Chicago communities with the lowest census response rates in an attempt to garner more federal funding—determined by the census—for those neighborhoods.