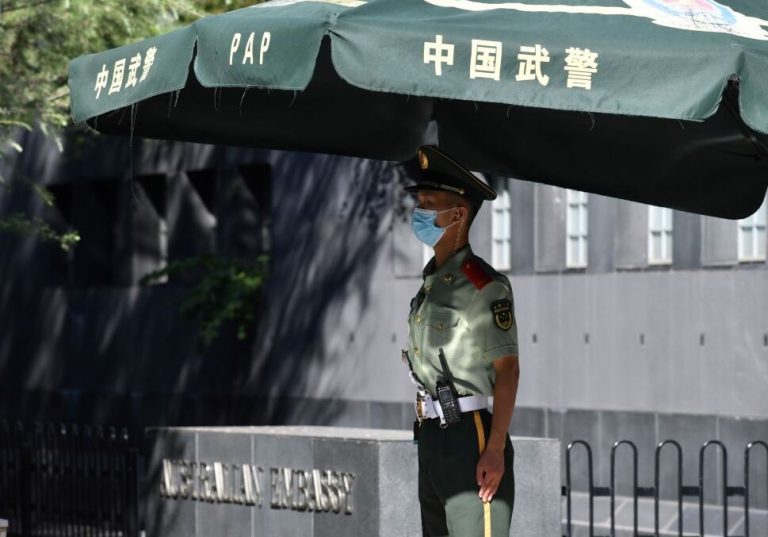 Chinese authorities interrogated an Australian journalist and threatened the detention of his 14-year-old daughter for his negative coverage of the Chinese government, the Australian Broadcasting Corporation reported Monday.

Chinese government officials threatened ABC Beijing bureau chief Matthew Carney in 2018 after he published a series of features on Chinese disinformation and interference in Australian governmental processes. When Carney refused to comply with the Chinese Communist Party's editorial standards, he and his family were asked to report to China's public security bureau. During an ensuing interrogation, the Chinese authorities threatened to detain Carney's daughter.

"We have a right to keep your daughter in an undisclosed location and I do have to inform you there would be other adults present," Carney recalled Chinese authorities telling him.

After Carney and his family signed confessions for failing to include visas in their passports—a "crime" they were guilty of due to CCP maneuvering—the journalist and his family were allowed to leave the country.

China's intimidation campaign toward the country's journalists has only increased since 2018. Fellow Australian journalist Cheng Lei is still detained at an undisclosed location since August by Chinese authorities, and four Chinese whistleblowing citizen journalists during the early stages of the coronavirus pandemic have all but disappeared after reporting on the outbreak.