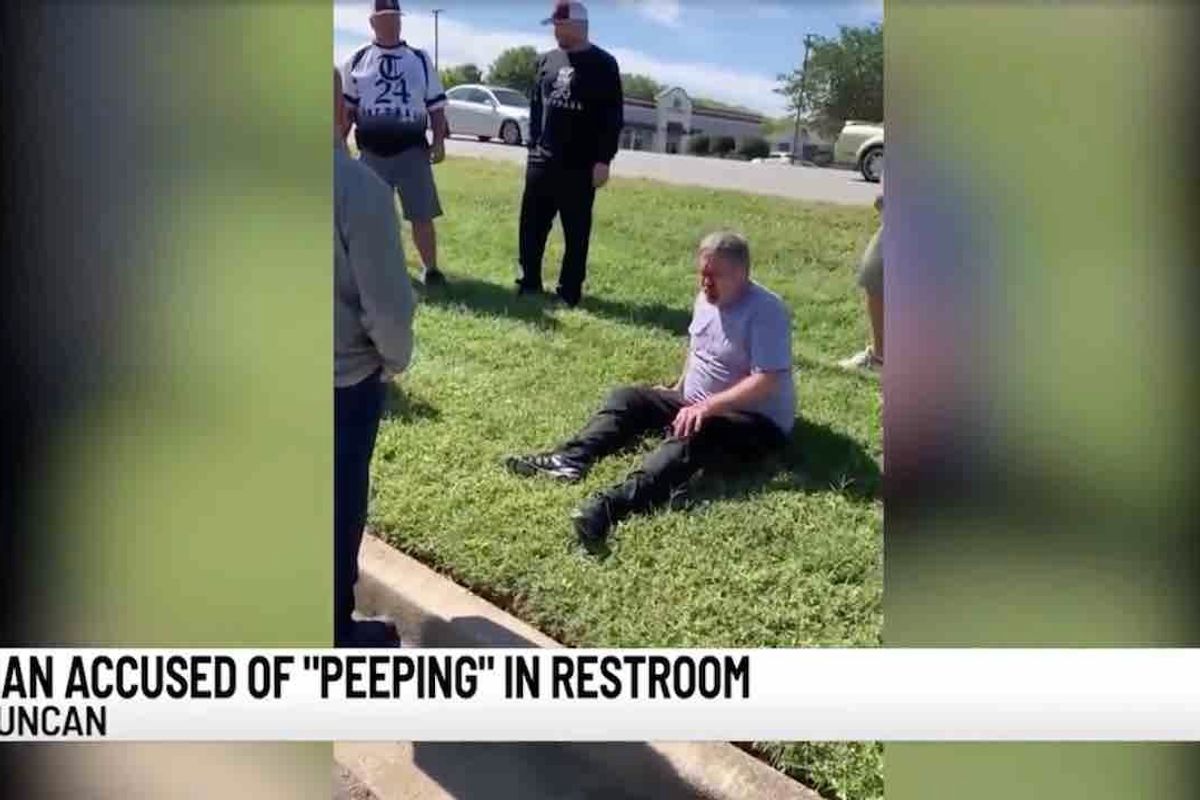 A 15-year-old girl said that when she was in the women's restroom at a South Carolina Cracker Barrel on Sunday morning, she noticed something moving at her feet, WSPA-TV reported. 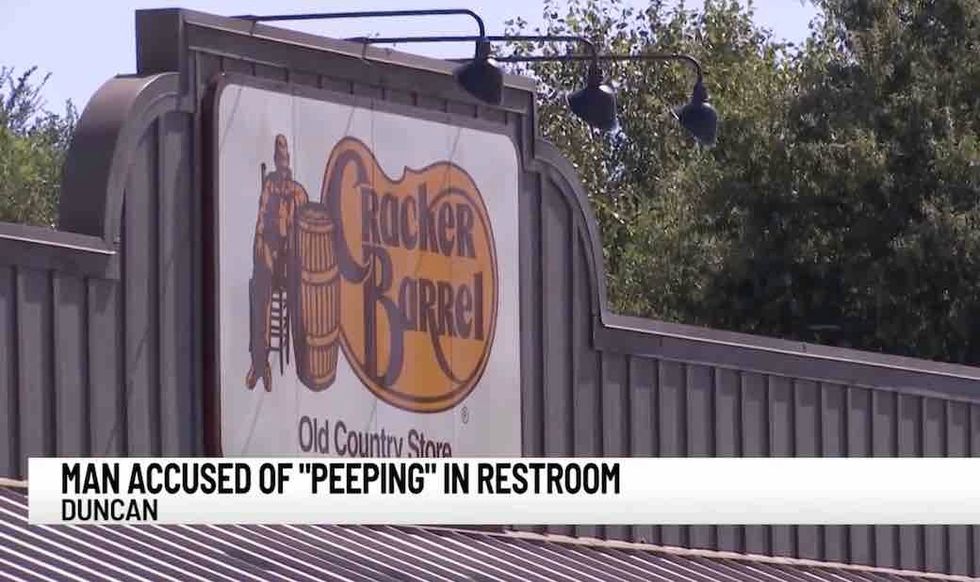 Turns out it was a man's head coming from the adjacent stall — and the man was looking at her, the girl told Duncan Police, according to the station.

When the girl left the restroom, WSPA said she told her father, who then got a female employee to remove the man from the restroom.

Witnesses said the 15-year-old wasn't the only girl in the restroom: "I'll never forget the way they looked after," one noted to the station. "They were traumatized."

Police Chief Carl Long told WSPA the girl's father confronted the man at the restroom entrance. And the dad apparently had a special greeting for him

"The guy came running, sprinting out the front door with a very bloody nose," a witness told the station.

A witness told WYFF-TV he heard a commotion that sounded like a fight and heard people say, "Get him! He's getting away!"

Long added to WSPA that other fathers aware of what happened reportedly helped tackle the man in the parking lot and restrained him until police arrived.

The witness who spoke to WYFF said he and his his son saw people hit the man, and then the witness handed off his son to his wife and went outside and recorded video. 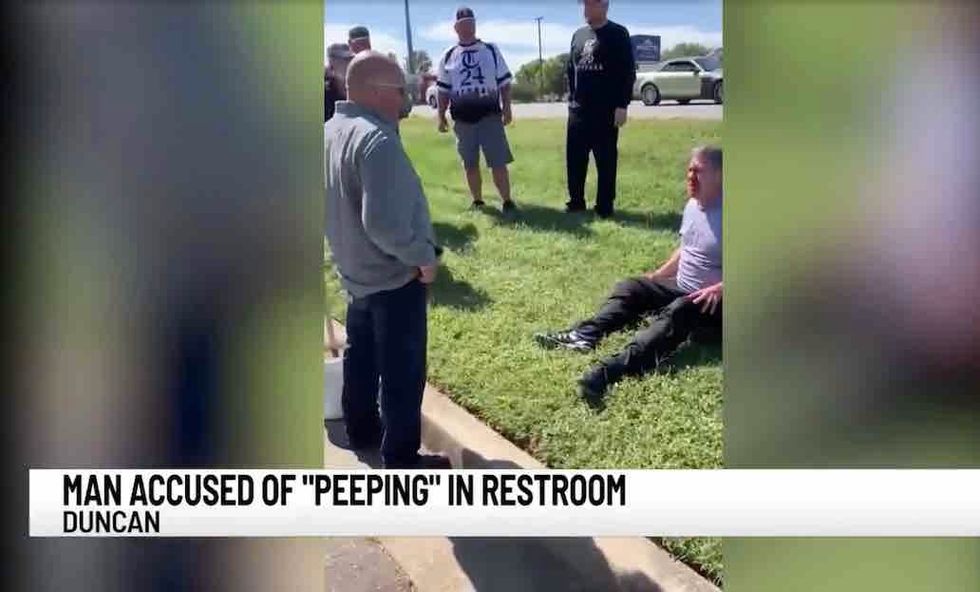 That same witness added to the station that his son asked him a lot of questions about what happened, and he told his boy that "there was a bad guy, and a lot of good guys took down the bad guy." 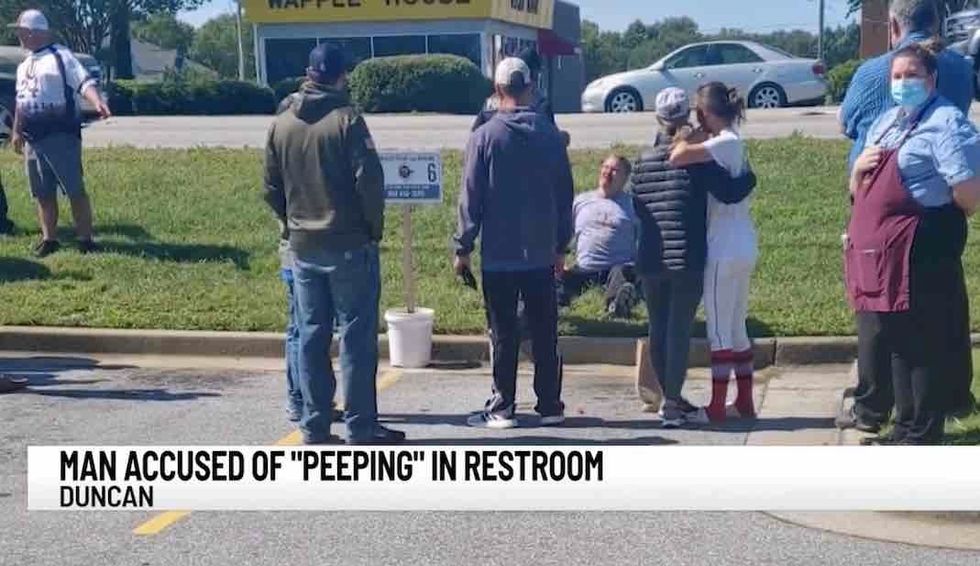 Long told WYFF that the parents were in town for a girls' softball tournament.

Who is the suspect?

Police identified the suspect as 53-year-old registered sex offender Douglas Lane of Charlotte, North Carolina, WSPA reported. Lane's phone was found on the bathroom floor and was taken by police, the station said. 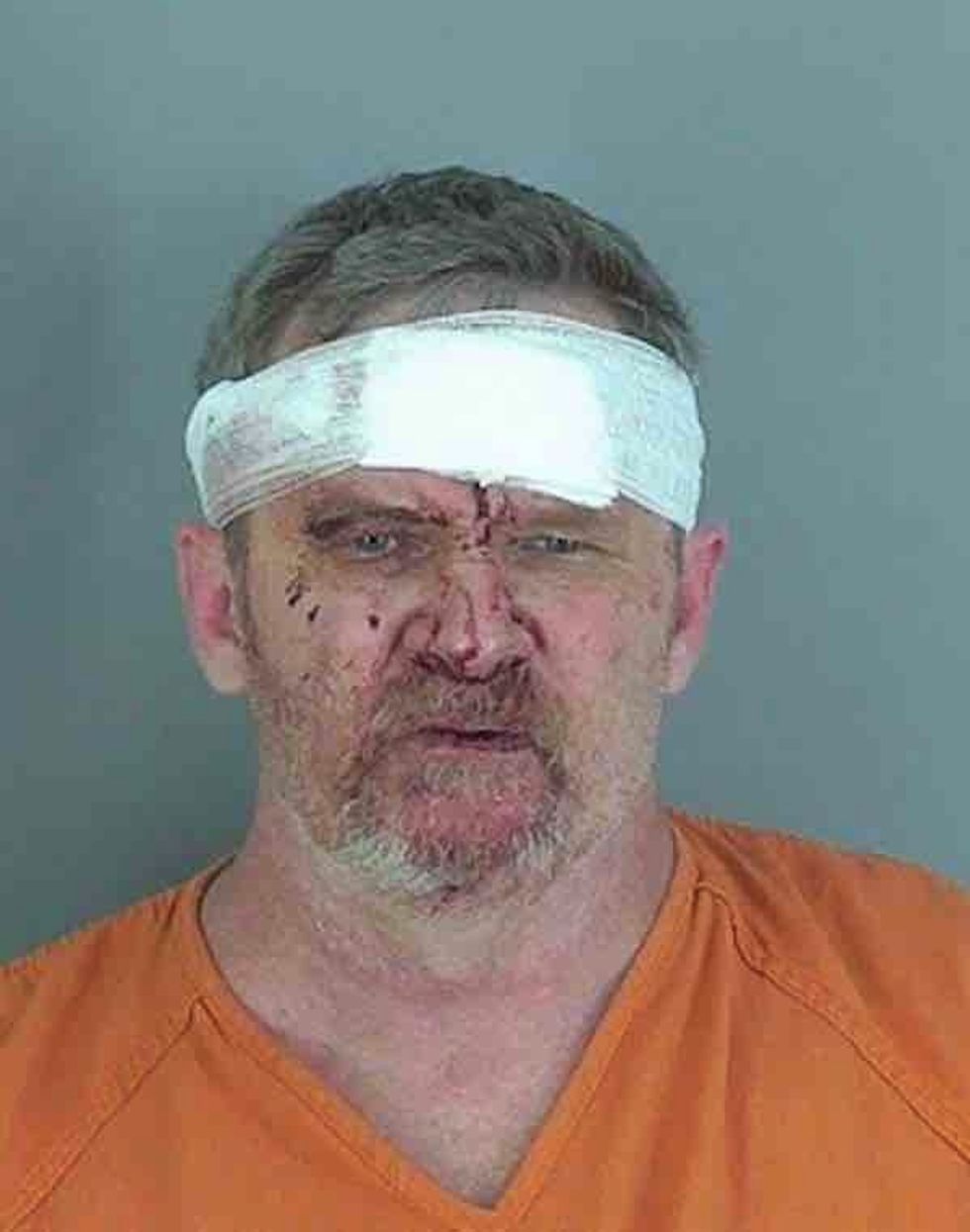 Long told the station that Lane was charged with voyeurism and possession of marijuana and drug paraphernalia in connection with Sunday's incident.

During Monday's bond hearing, a court official said Lane told authorities he didn't realize he was in the women's restroom until he sat down, WYFF reported.

WSPA said Lane received a $2,000 surety bond and will be monitored by GPS. The judge also ordered that he move to South Carolina but must have no contact with the victim or her family, the station added. Lane's initial court hearing will be 9 a.m. Nov. 12, WSPA reported.

Additional charges could be possible at the conclusion of the investigation, the station said.

The North Carolina State Bureau of Investigations says Lane was registered as a sex offender in 2008.

He was convicted of secretly peeping into an occupied room in 2004 in Mecklenburg County, North Carolina, records show. The record says the victims were 8 and 9 years old.

In 2008, records show Lane was convicted of secretly peeping into an occupied room, also in Mecklenburg County. The victim in this case was 18 years or older, records show.