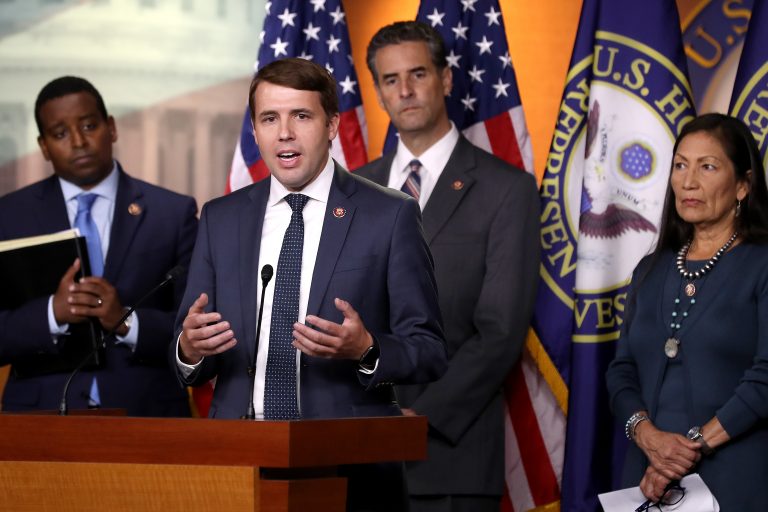 Democratic congressman Chris Pappas (N.H.) sent a fundraising email with the recently deceased justice Ruth Bader Ginsburg in the "sender" line, making it appear Ginsburg was sending the email from beyond the grave.

"Like many of you, I'm devastated by the passing of Justice Ruth Bader Ginsburg last night," Pappas wrote in the bid for donations. "This is a crushing loss for our nation — we lost an icon, a hero, and champion for justice." 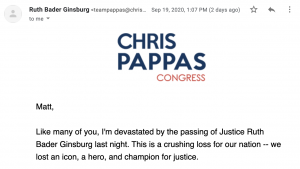 Pappas sent the email less than a full day after Ginsburg's death.

Democratic fundraising skyrocketed in the days following Ginsburg's death, with more than $46 million raised in the first 24 hours after the news broke Friday night. The online fundraising service ActBlue reported $91.4 million in donations to Democratic candidates between 8 p.m. Friday and midnight Saturday night.