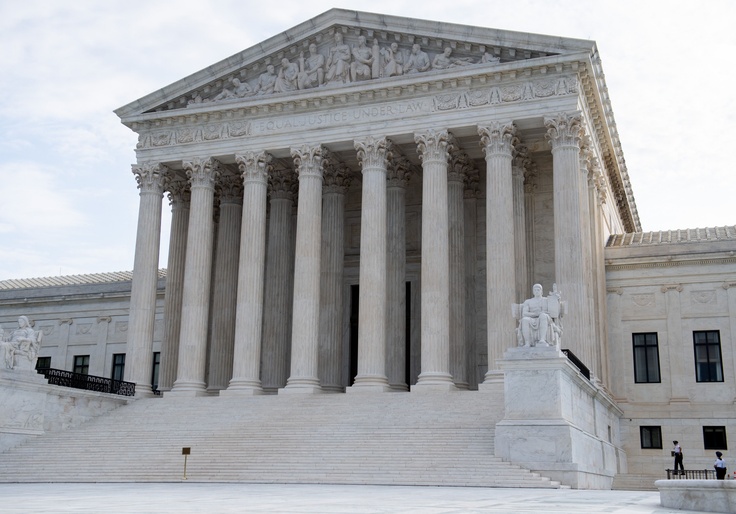 Several factors give Barrett a clear advantage over the other lead contender, 11th Circuit Judge Barbara Lagoa—the absence of outside influence campaigns aimed at swaying the administration, prior experience as a Supreme Court finalist, and an accelerated confirmation timeline that favors familiar names over dark horses. Lagoa has a chance to reset the dynamic at an upcoming interview. Two sources with knowledge of the process told the Washington Free Beacon that President Donald Trump will meet with Lagoa on Friday in Florida.

Sources close to the selection process told the Free Beacon there has been little politicking by the frontrunners and their boosters. There's a general recognition that that kind of jockeying would look unseemly so soon after Justice Ruth Bader Ginsburg's death. And the continued challenges of the pandemic are limiting travel and in-person consultations. Advocacy groups are making their preferences known, though their activities are muted as compared to prior nominations.

Prospective Supreme Court nominees usually rely on a network of well-placed clerks and former colleagues to work reporters and White House back channels on their behalf. The process tends to be manic and highly publicized, which can prompt intense competition among longtime allies. When retired Justice Anthony Kennedy left the High Court, for example, Justice Brett Kavanaugh's loyal White House following kept him in contention internally against a revolving set of opponents, while former clerks on the outside circulated dossiers, spun reporters, and promoted his best judicial writings.

Neither of the two frontrunners has an especially heavy footprint in Washington, further calming the frenzy. An influence operation is less of a consideration for Barrett in particular, who is a well-known quantity to the White House and Senate Republicans after years of careful vetting and an interview with Trump in 2018. It's a surprising turn of events for Barrett, who was something of an insurgent riding a wave of grassroots enthusiasm after Kennedy's retirement.

Lagoa does not have a dedicated corps of supporters in Washington, sources close to the process say, which is generally a challenge for any Supreme Court candidate. Lawyers familiar with her judicial career, however, bristle at the notion her views are a mystery, even if she's largely unknown in the capital.

"Judge Lagoa is a committed originalist and textualist, as demonstrated by her 14-year record as an appellate judge and 400 written opinions," Jesse Panuccio, the former acting number three in the Justice Department, told the Free Beacon. "She would be rock solid on the Supreme Court, a home-run pick for the president." Panuccio is familiar with Lagoa from his service on Florida's judicial nominating commission.

Another source with knowledge of Lagoa's record put a finer point on things, saying anxiety about Lagoa sounds like Beltway elitism. The source noted that Lagoa has been an appeals judge for over a decade and that Florida's conservative movement—one of the most robust, well-developed conservative networks in the country—is extremely enthusiastic about her.

The political benefits of picking her may also prove attractive to the president. A Florida-born Latina with Ivy League credentials and long judicial experience, Lagoa could do real work for the president in a must-win battleground state.

Still, an expedited confirmation will require perfect synchronization between the White House, the Senate, and outside groups. It's another factor hugely to Barrett's benefit. The narrow confirmation window leaves very little time for indecision, and Barrett's record is much better known to Republican lawmakers than is Lagoa's.

A former Republican committee aide told the Free Beacon that an expedited process could be completed in a little more than one month. That process would begin with Senate Judiciary Committee chairman Lindsey Graham (R., S.C.) noticing a hearing, followed by two or three days of testimony from the nominee. Democrats would then exercise their prerogative to delay a committee vote by two weeks. If the nominee clears the panel, Senate Majority Leader Mitch McConnell (R., Ky.) could tee up final procedural and confirmation votes over a 72-hour stretch.

"Republicans could complete the process in 30-35 days, but it will require a flawless performance by the nominee and a united caucus," the aide told the Free Beacon.

Whether Lagoa could present her lengthy record and win the GOP's confidence on that time table is an unknown. She's further hampered by the fact that traditional courtesy visits may not be possible if she's the nominee. Supreme Court candidates meet individually with practically every member of the Senate while their nominations are pending. Those one-on-ones may be impossible during the pandemic, and Zoom meetings may not satisfy lawmakers weighing a lifetime appointment to the nation's highest judicial tribunal.

The post For the Supreme Court, the Obvious Choice Is the Likely One appeared first on Washington Free Beacon.