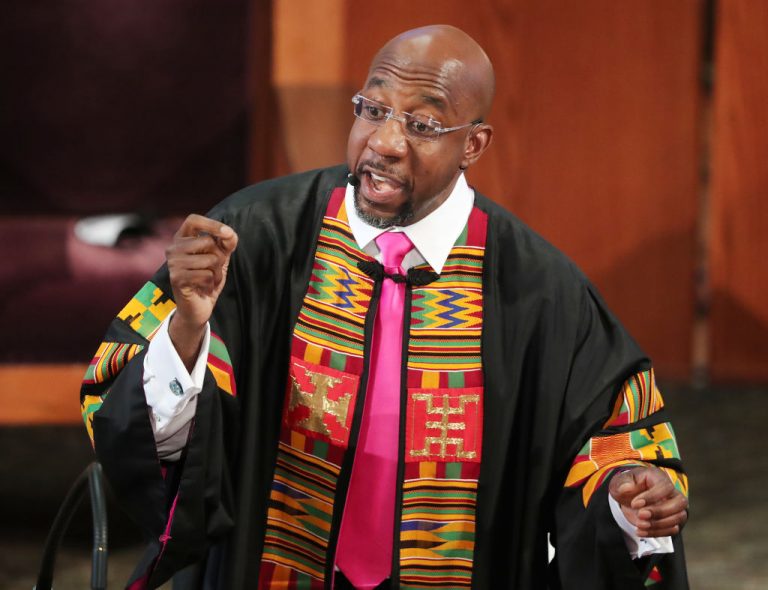 Georgia Democratic Senate candidate Raphael Warnock said in a series of 2015 sermons that many police officers behaved like thugs and bullies.

Warnock, in a March 2015 sermon at Ebenezer Baptist Church in Atlanta, attacked the police under scrutiny after Michael Brown's killing in Ferguson, Mo., as having a "gangster and thug mentality." Warnock encouraged parishioners to read the Obama Justice Department's report on Ferguson, which found civil rights violations by Ferguson police and concluded Officer Darren Wilson was justified in shooting Brown.

"You know you can wear all kinds of colors and be a thug," Warnock said. "You can sometimes wear the colors of the state and behave like a thug."

While Warnock's stated position in 2020 is that he opposes defunding police departments, his past rhetoric shows a disdain for law enforcement.

In another sermon to his majority-black congregation in June 2015, Warnock said policemen "often" caused more trouble for children and put them "in danger." In November of that year, he said it was not a surprise to see police act like "bullies" because of the high prison population of the United States.

Last week, Warnock invited a Texas preacher to virtually address Ebenezer who supports defunding the police and has said policing is rooted in slavery.

In one of two Senate races in Georgia this year, Warnock is the leading Democrat in the jungle election for Sen. Kelly Loeffler's (R., Ga.) seat. In the likely event no one in the field of nearly two-dozen hopefuls hits 50 percent on Election Day, the top two finishers will advance to a runoff. Other candidates challenging Loeffler include Republican congressman Doug Collins and Democrat Matt Lieberman.