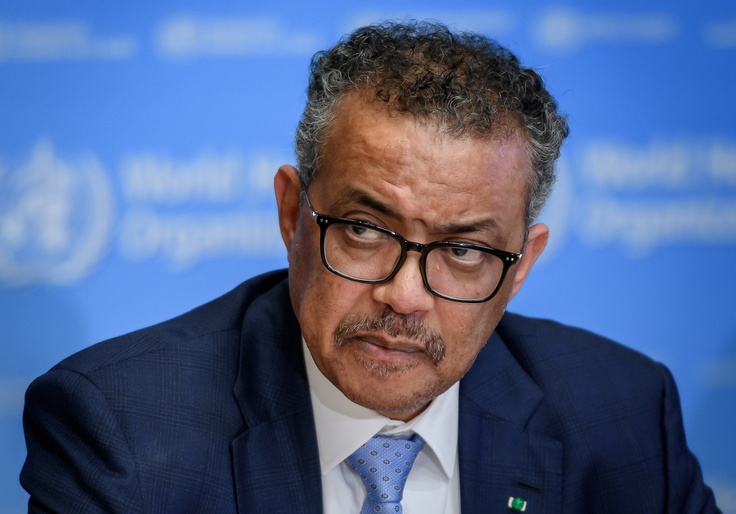 House Republicans slammed the Chinese Communist Party and the World Health Organization for their handling of the coronavirus pandemic in a Monday congressional report.

China's efforts to conceal information about the coronavirus "cost thousands of Chinese citizens and hundreds of thousands of others around the world their lives," according to a new report on the origins of the coronavirus from the Foreign Affairs Committee Republican members, who also accused the WHO of providing a "full-throated defense" of China's handling of the virus outbreak.

The report, which follows the committee's interim report from early June, provides new information about how the CCP, with help from the WHO, worked to hide the Chinese origins of the coronavirus during the early stages of the pandemic. It comes amid growing concerns in Washington about China and the WHO's roles in aiding the spread of the virus. Just this month, the Trump administration, citing the WHO's close relationship with the CCP, formalized America's exit from the organization, pulling millions of dollars in federal funding for WHO programming.

Among its findings, the report reveals how China "waged a campaign of economic coercion" to force other countries to remain silent about its malfeasance. Beijing, as early as February, nationalized companies that produce personal protective equipment within China, including American businesses 3M and General Motors, and blocked exports of the equipment. China then threatened to withhold aid from countries that criticized its response to the coronavirus, including the United States and Australia.

The report also documents the CCP's large-scale efforts to silence any whistleblowers from warning about the virus's potential danger. Chinese authorities even threatened medical professionals who discussed the nature of the virus with friends or family members, including one nurse in southeast China who received a disciplinary warning just days before WHO director-general Tedros Adhanom Ghebreyesus arrived to inspect the on-the-ground conditions in Beijing.

While the CCP worked to cover up information about the virus, Tedros publicly praised China's response to the pandemic and ignored Taiwanese doctors who were among the first to warn about the virus. In May, Foreign Affairs Committee ranking member Michael McCaul (R., Texas) sent Tedros more than a dozen questions, pressing the director-general to clarify his decision-making process and the information he had available during the initial stages of the pandemic. Tedros responded with a 13-page document that only answered one of McCaul's many questions. Given the WHO's continued lack of transparency, the report calls on Tedros to resign from his position at the head of the WHO and requests that the organization reinstate Taiwan with observer status of its operations.

According to McCaul, both the CCP and WHO bear responsibility for the severity of the global pandemic.

"It is crystal clear that had the CCP been transparent, and had the head of the WHO cared more about global health than appeasing the CCP, lives could have been spared and widespread economic devastation could have been mitigated," the congressman said. "We must hold both the CCP and WHO director-general Tedros accountable for the suffering they have allowed the world to endure."