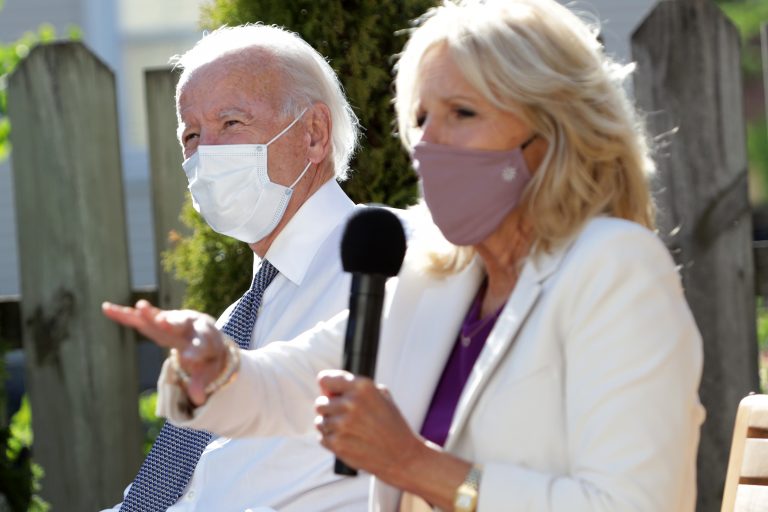 Joe Biden lied about meeting his wife Jill on a blind date, and their 43-year marriage actually grew out of an extramarital affair, Jill Biden's ex-husband claimed in an interview with Inside Edition on Monday.

Bill Stevenson, who was married to Jill Biden from 1970 to 1975, told Inside Edition that he introduced Joe and Jill Biden in 1972, the year Joe Biden first ran for Senate.

"I was betrayed by the Bidens. Joe was my friend. Jill was my wife," Stevenson, a fundraiser for Biden's first Senate campaign, told Inside Edition.

Stevenson said he decided to speak out now "because [Biden] is picking on people about character."

Biden has long claimed that he met Jill, then a local model, when his brother Frank set them up on a blind date in 1975, three years after Biden's first wife Neilia and infant daughter were killed in a car accident. According to Biden, the couple saw a movie and fell in love. They married two years later. But Stevenson rejected this account, claiming he brought his then-wife Jill to Biden's home in 1972, which is when the two actually first met.

"Right before the election in '72, Jill, Joe, Neilia, and I were in [Biden's] kitchen," said Stevenson. "How do you forget that?"

Stevenson, who owned a popular college bar called the Stone Balloon in Wilmington, Del., said he had held a fundraiser for Biden that past August.

He said he first realized his wife was having an affair with Biden when a man stopped by his bar one day and asked him to pay for damage Jill had apparently caused to his car during a fender-bender. The man told Stevenson that Biden, not Jill, had been driving her car at the time.

Stevenson said he also became suspicious after Jill declined to go with him to meet Bruce Springsteen, telling him she had to babysit Biden's two young children instead.

Stevenson claimed he and Jill split up soon after, and she went on to marry Biden.

A spokesperson for Jill Biden pushed back on her ex-husband's allegations on Monday, telling Inside Edition, "These claims are fictitious seemingly to sell and promote a book."