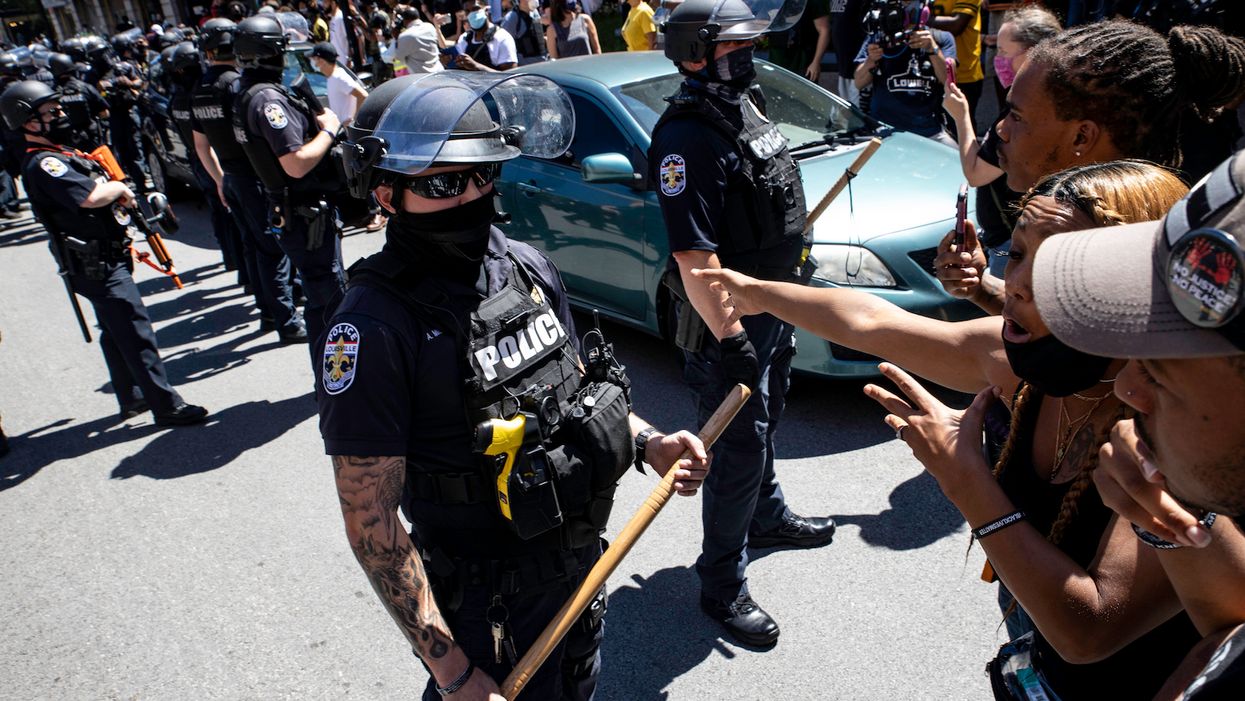 The Louisville Metropolitan Police Department declared a state of emergency for the city Monday in anticipation of the unrest that could follow a grand jury decision on whether or not to charge the three officers involved in the raid that killed Breonna Taylor in March, NBC News reported.

"In anticipation of Attorney General Daniel Cameron's announcement in the Breonna Taylor case, I am declaring a state of emergency for the Louisville Metro Police Department (LMPD)," a memo from Chief Robert J. Schroeder to officers read.

What do we know?

The emergency declaration went into effect immediately Monday, and all officer time-off requests that had not already been approved were canceled. Under the emergency guidelines, officers will work 12-hour shifts.

Windows of federal buildings in the city, including the courthouse, have been boarded up. Hearings scheduled for this week have been changed to video conferences.

Attorney General Cameron is expected to announce this week whether charges will be filed against Sgt. Brett Hankison, Officer Myles Cosgrove, and Sgt. Jonathan Mattingly in Taylor's death. Hankison was fired from the department for "an extreme indifference to the value of human life," while the other two have been placed on administrative leave.

What do we not know?

It is currently unknown whether grand jury deliberations have begun or not, so it is also unknown exactly when an announcement will be made on the fate of the three LMPD officers.

Taylor was a 26-year-old emergency medical technician. She was in her apartment with her boyfriend, Kenneth Walker, when police officers in plain clothes burst in after midnight March 13. Officers had a warrant due to her connection with her ex-boyfriend, who is a convicted drug dealer.

Walker, allegedly believing a home invasion was taking place, shot one of the officers in the leg. The officers returned fire, shooting more than 20 bullets into the home, hitting Taylor five times. She died at the scene.

The incident was not widely publicized until about two months after it occurred, after which it gained national media attention. Along with the death of Ahmaud Arbery, which also made national news in May, and later the death of George Floyd in Minneapolis, the killings of black individuals sparked nationwide protests and riots that have persisted in the four months since.