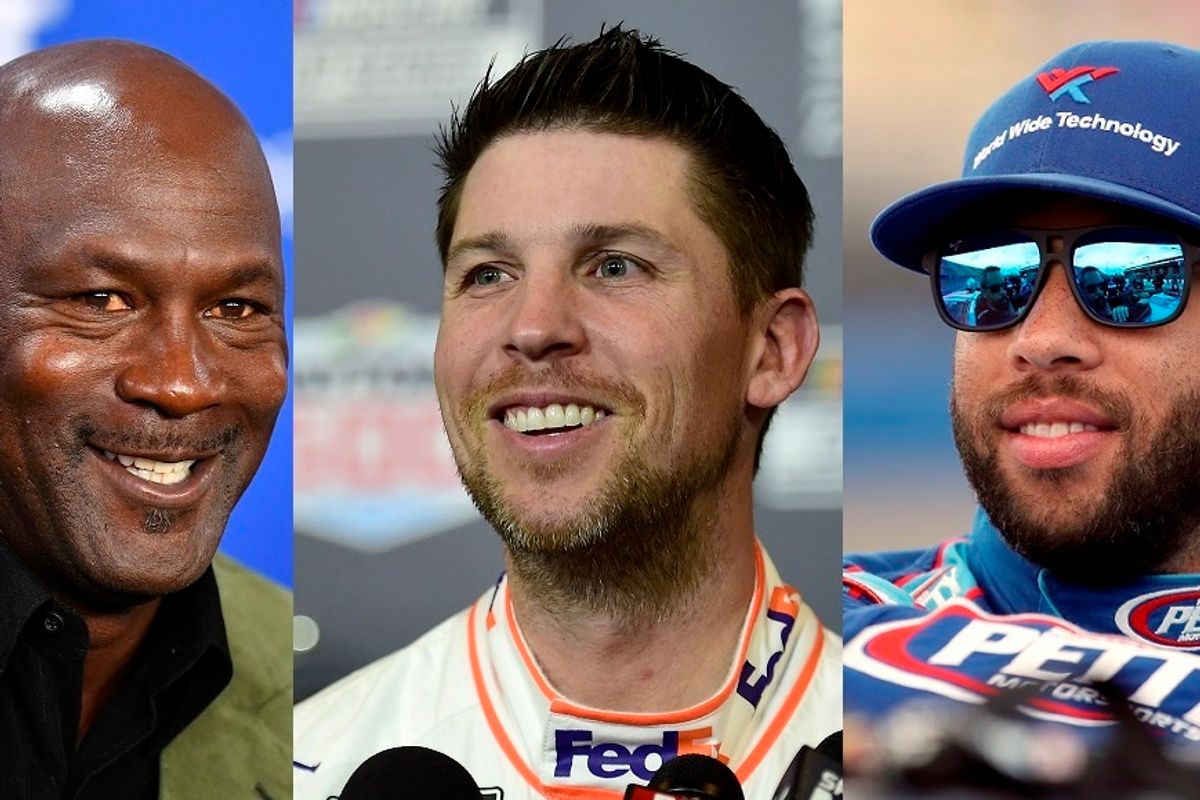 NBA legend Michael Jordan has partnered with three-time Daytona 500 winner Denny Hamlin to form a new NASCAR team, and the duo has already signed Bubba Wallace to "a multiyear deal to drive for the yet-to-be named, single car team," according to a news release by the NBA.

"Growing up in North Carolina, my parents would take my brothers, sisters and me to races, and I've been a NASCAR fan my whole life," Jordan, who is majority owner, said in a statement. "The opportunity to own my own racing team in partnership with my friend, Denny Hamlin, and to have Bubba Wallace driving for us, is very exciting for me."

"Historically, NASCAR has struggled with diversity and there have been few Black owners," added Jordan, who is also the majority owner of the Charlotte Hornets NBA franchise. "The timing seemed perfect as NASCAR is evolving and embracing social change more and more. In addition to the recent commitment and donations I have made to combat systemic racism, I see this as a chance to educate a new audience and open more opportunities for Black people in racing."

Hamlin — who is still a NASCAR driver himself — made the announcement of his partnership with Jordan on social media, saying that the team would be competing in 2021 while declaring, "Deciding on a driver was easy - it had to be Bubba Wallace."

"Bubba has shown tremendous improvement since joining the Cup Series and we believe he's ready to take his career to a higher level," Hamlin continued. "He deserves the opportunity to compete for race wins and our team will make sure he has the resources to do that."

He added, "Off the track, Bubba has been a loud voice for change in our sport and our country. MJ and I support him fully in those efforts and stand beside him."

In response to Hamlin's post, Wallace tweeted, "This is a unique, once-in-a-lifetime opportunity that I believe is a great fit for me at this point in my career. I'm grateful and humbled that they believe in me and I'm super pumped to begin this adventure with them."

NBC Sports noted that Wallace, 26, "is in his third full season in Cup," and that "all 105 of his starts in NASCAR's premier series have been with Richard Petty Motorsports."

The outlet further reported that Wallace is "the only Black driver competing full-time in any of NASCAR's top three national series," pointing out that "he has been active in helping lead NASCAR through social changes, including the banning of the Confederate flag at series events and tracks."

Wallace parted ways with Richard Petty Motorsports earlier this month, according to NPR, which reported that Jordan is "trying to make NASCAR more inclusive."