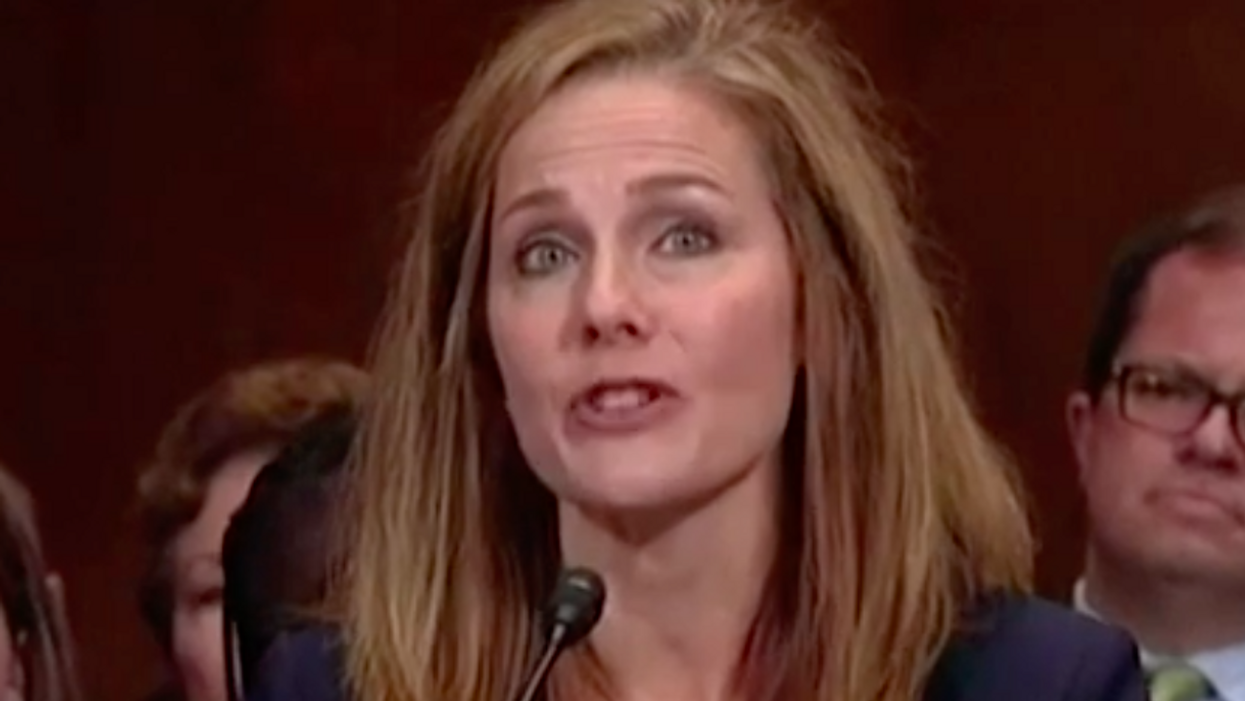 President Donald Trump will announce his Supreme Court nomination this weekend, and Judge Amy Coney Barrett of the U.S. Court of Appeals for the Seventh Circuit is believed to be a top candidate.

So media outlets have begun digging into her background, many of them with the intent of finding unfavorable information about the woman who could become President Donald Trump's third Supreme Court appointment of his first term. Barrett's Catholic faith has been a primary focus.

Newsweek published an article that claimed in the headline that a Catholic group Barrett is a member of was the inspiration for "The Handmaid's Tale," a novel by Margaret Atwood that was recently made into a television show. This is not true, and Newsweek had to issue a correction.

"Correction: This article's headline originally stated that People of Praise inspired 'The Handmaid's Tale'. The book's author, Margaret Atwood, has never specifically mentioned the group as being the inspiration for her work," the correction read. "A New Yorker profile of the author from 2017 mentions a newspaper clipping as part of her research for the book of a different charismatic Catholic group, People of Hope. Newsweek regrets the error."

"The Handmaid's Tale" is described on IMDb as follows: "A religion based autocracy has taken over most of the United States, renaming the country Gilead. In this country women are second-class citizens. Anyone trying to escape is punished."

The article described some of the aspects of People of Praise, such as opposition to premarital or extramarital sex, opposition to abortion, and opposition to homosexuality and quoted a professor who questioned whether Barrett would be able to make individual decisions as a member of such a group.

Nevertheless, concerns have been raised that Barrett's ties to the group as would influence her decisions on the Supreme Court.

"These groups can become so absorbing that it's difficult for a person to retain individual judgment," Sarah Barringer Gordon, a professor of constitutional law and history at the University of Pennsylvania, previously told The Times.

And while the People of Praise group was never brought up in Barrett's 2017 confirmation hearing for her current post, Senator Dianne Feinstein told Barrett: "The dogma lives loudly within you." Barrett told the senators that her faith would not affect her decisions as a judge.

President Donald Trump has said he will announce his nominee on Saturday, after Justice Ruth Bader Ginsburg's funeral. In addition to Barrett, the shortlist reportedly includes Judge Barbara Lagoa of the Eleventh Circuit and Judge Allison Jones Rushing of the Fourth Circuit.