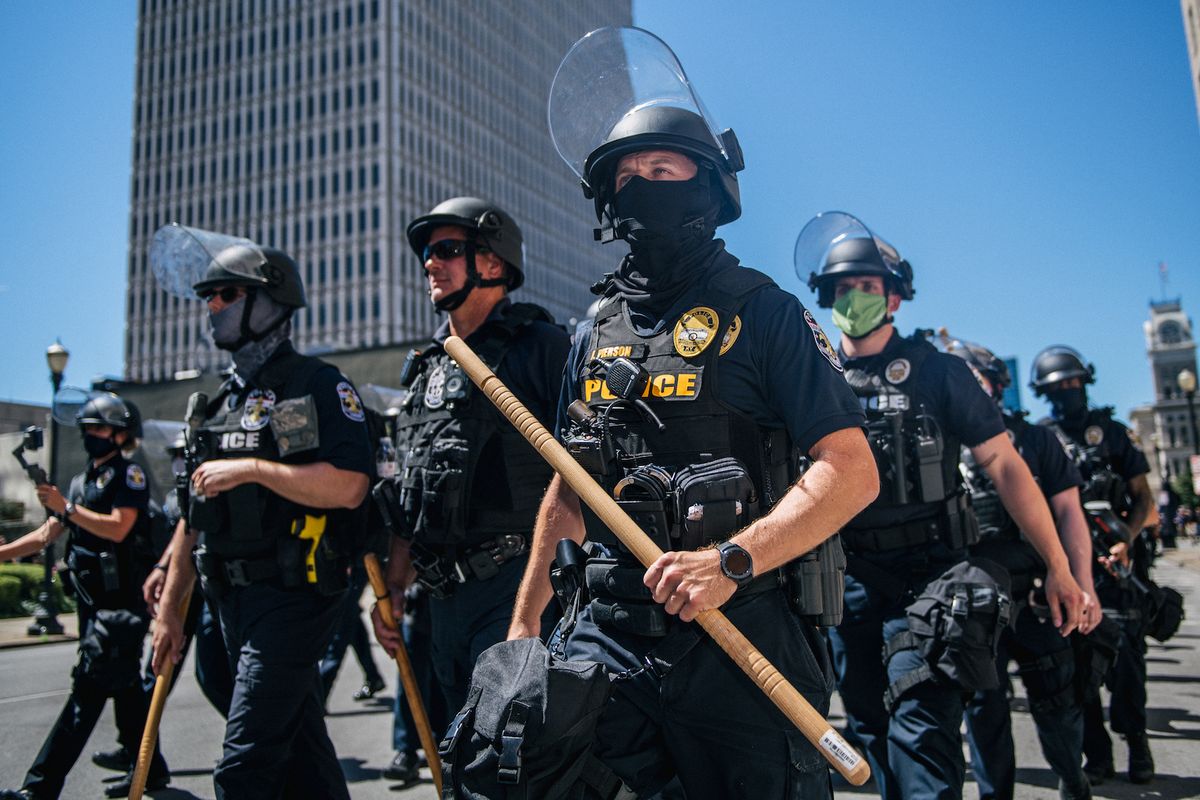 A Louisville Metropolitan Police Department officer sent an email to approximately 1,000 fellow officers at 2 a.m. Tuesday criticizing protesters, city officials, department leadership, and the FBI as he awaits a decision on whether he will be charged in Breonna Taylor's death, Vice News reported.

The email, written by Sgt. Jonathan Mattingly and obtained by Vice News' Roberto Aram Ferdman, foreshadowed a "rough" period to come as the city braces for potential unrest if Mattingly, Officer Myles Cosgrove, and Sgt. Brett Hankison are not charged in Taylor's death this week.

New: LMPD Sgt. Jonathan Mattingly (who is being investigated as part of Breonna Taylor’s case) sent an email to aro… https://t.co/SZEgX3jHLd

"No matter the ineptitude in upper command or the mayor's office, this is one of the greatest jobs on earth," Mattingly wrote. "With that being said, these next few days are going to be tough. They are going to be long, they are going to be frustrating. They will put a tremendous amount of stress on your families."

The Louisville Metro PD declared a state of emergency Monday in advance of an expected grand jury decision on whether to charge the three officers who executed the no-knock search warrant on Taylor's home the night they shot and killed her. Hankison was fired, but Mattingly and Cosgrove are still with the department on administrative leave.

Mattingly told the other officers in the email that they didn't deserve the abuse they will potentially face from protesters in coming days.

"You DO NOT DESERVE to be in this position," Mattingly wrote. "The position that allows thugs to get in your face and yell, curse, and degrade you. Throw bricks, bottles, and urine on you and expect you to do nothing. It goes against EVERYTHING we were all taught in the academy. The position that if you make a mistake, during one of the most stressful times in your career, the department and FBI (who aren't cops and would piss their pants if they had to hold the line) go after you for civil rights violations. Your civil rights mean nothing, but the criminal has total autonomy."

Mattingly defended the officers' actions the night Taylor was killed. After the officers broke in the door of Taylor's apartment, Taylor's boyfriend shot at them, saying he believed it was a home invasion, and they returned fire with approximately 20 shots. Five of them hit Taylor, killing her.

"Regardless of the outcome today or Wednesday, I know we did the legal, moral, and ethical thing that night," Mattingly wrote. "It's sad how the good guys are demonized, and criminals are canonized. Put that aside for a while, keep your focus and do your jobs that you are trained and capable of doing. Don't put up with their s**t, and go home to those lovely families and relationships."

The officers had a warrant for Taylor because she was believed to be connected to her ex-boyfriend's drug trafficking operation. No drugs or money were found at her home.