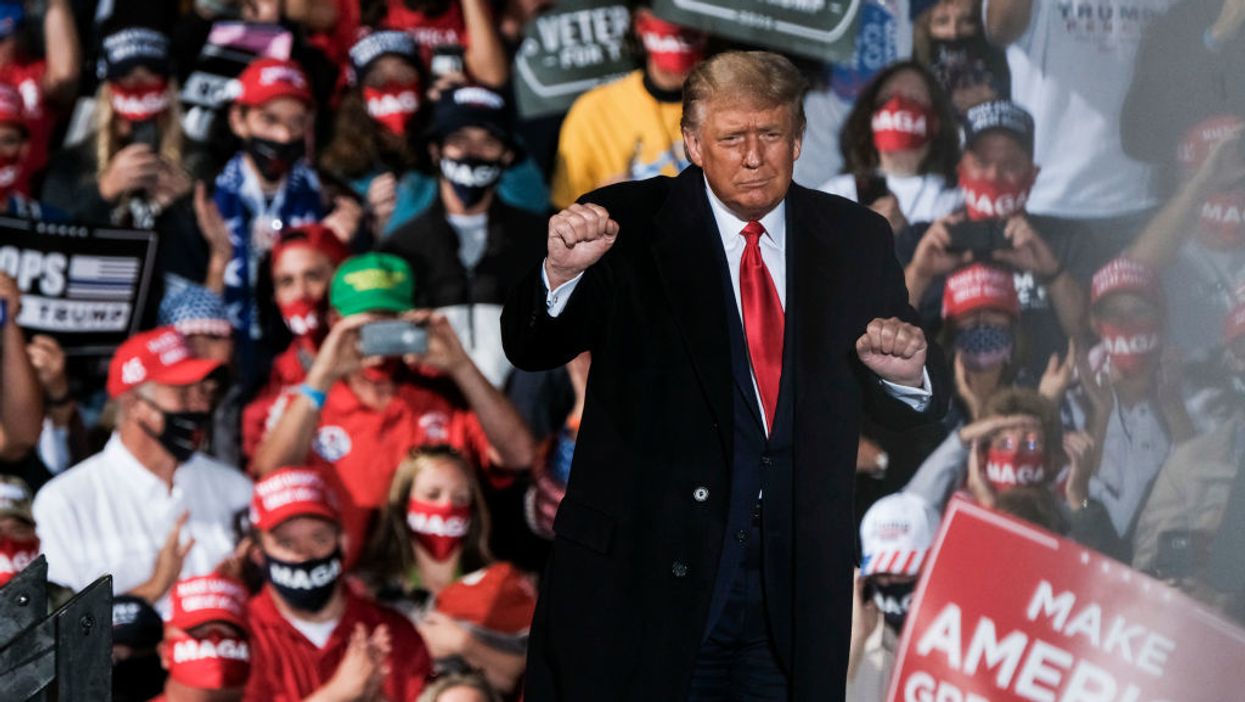 President Donald Trump announced on Twitter Wednesday that he intends to announce his nominee for the vacant Supreme Court seat formerly held by Ruth Bader Ginsburg on Saturday.

In a statement posted from his Twitter account, Trump stated that he would announce his nominee from the White House, but noted that the specific time is yet to be determined.

I will be announcing my Supreme Court Nominee on Saturday, at the White House! Exact time TBA.

It is widely anticipated that Trump's nominee will be either Amy Coney Barrett, who currently serves as a judge on the Seventh Circuit Court of Appeals, or Barbara Lagoa, who currently serves as a judge on the Eleventh Circuit Court of Appeals. Most observers believe that Barrett is the favorite to receive the nomination, particularly after news broke that Trump met with her on Monday. Trump has indicated that he also might have a face-to-face meeting with Lagoa when he travels to Florida later this week.

Regardless of who Trump ultimately picks, his nominee is sure to be fought tooth and nail by Democrats, who remain furious that Merrick Garland was not given a hearing after former President Barack Obama nominated him to succeed Justice Antonin Scalia after Scalia's death in 2016. Democrats have already begun to attack the records of Barrett and Lagoa, and Republican Sens. Lisa Murkowski (Alaska) and Susan Collins (Maine) have promised that they will not support any nominee until after the election.

Despite those defections, it looks increasingly likely that Senate Majority Leader Mitch McConnell (R-Ky.) will be able to cobble together enough votes to ensure that President Trump's nominee will receive a full hearing and floor vote, absent any surprise defections or damaging revelations during the confirmation process.