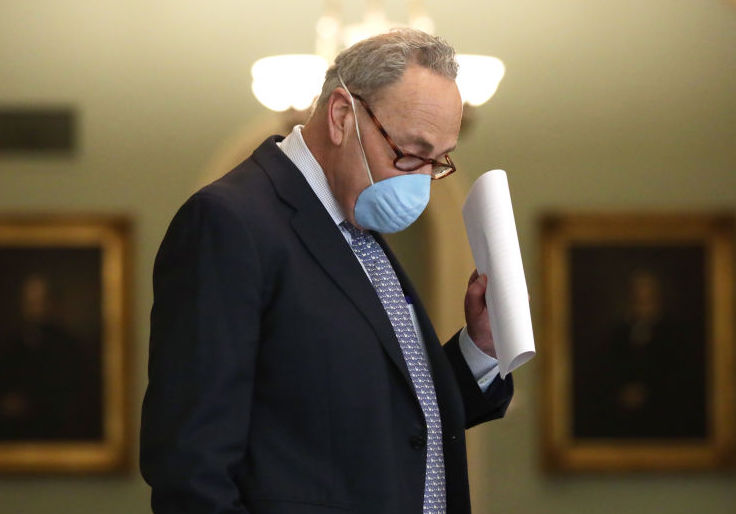 Senate Democrats blocked the chamber’s Intelligence Committee from receiving a classified brief on efforts by Russia, China, and Iran to interfere in the 2020 presidential elections.

Bill Evanina, the nation's top election security official and director of the National Counterintelligence and Security Center, was scheduled to give a briefing Tuesday to members of the Senate’s Select Committee on Intelligence. That closed-door hearing, however, was canceled by Senate Minority Leader Chuck Schumer, who reportedly stopped the briefing due to frustration over GOP efforts to confirm a new Supreme Court justice following the death of liberal stalwart Ruth Bader Ginsburg.

"Because the Senate Republicans have no respect for the institution, we won’t have business as usual here in the Senate," Schumer said on the Senate floor.

Evanina earlier this year identified both China and Russia as waging active campaigns to sway the November election. In addition to Beijing and Moscow, Evanina said in an August security alert that "Iran seeks to undermine U.S. democratic institutions, President Trump, and to divide the country in advance of the 2020 elections."

Each of these countries has enlisted hackers and others in a coordinated campaign to influence the election’s outcome. This includes creating scores of fake social media accounts meant to spread propaganda about the coronavirus pandemic and President Donald Trump. Their hope is to sow further discord among the American public in the lead-up to the election.

"Just a few weeks ago Democrats were demanding Intel briefings," Sen. Ben Sasse (R., Neb.) said in a statement Tuesday afternoon. "Now, Democratic Minority Leader Chuck Schumer is putting partisan politics ahead of secure elections. We know that Vladimir Putin and Chairman Xi are looking to sow more distrust and chaos in America as we turn towards the ballot box. Schumer’s tantrum is short-sighted and despicable."

Schumer's cancellation stands in contrast to a late July statement, in which he and Speaker of the House Nancy Pelosi (D., Calif.) said that Evanina’s warnings about election interference did not go far enough.