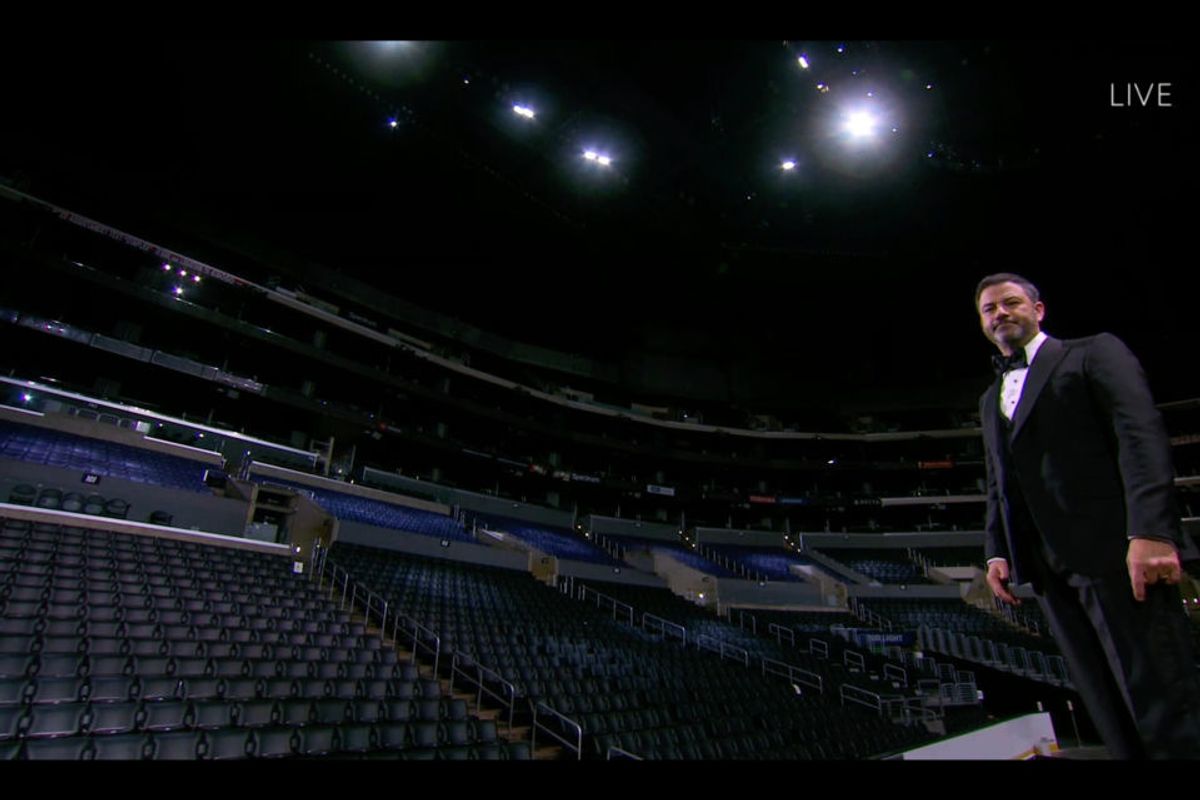 The 2020 Emmy Awards aired on Sunday, but you probably missed it.

According to culture and entertainment site Vulture, this year's awards ceremony became by far the least-watched in Nielsen ratings history. Just 6.1 million viewers tuned in to watch the once-popular TV awards event, which is 13% fewer than the previous low mark set the year before, when 7 million people watched.

But awards show viewership has been on a steady decline for years, as Hollywood show hosts and honorees have consistently alienated audiences by pandering to the left and attacking conservatives during the ceremonies.

The 2020 Emmy Awards were no different in this regard.

Pandering to the left

During his opening monologue, Kimmel took a swipe at President Donald Trump and his supporters, congratulating himself and the Emmys for choosing not to have a live audience amid the coronavirus pandemic, in contrast to rallies recently held by the president.

"Of course we don't have an audience; this isn't a MAGA rally, it's the Emmys. Instead of the live audience, we took a page from baseball tonight and we filled the seats with cardboard cutouts of the nominees," Kimmel said.

Then later in the show, actor Anthony Anderson, star of the sitcom "Black-ish," awkwardly led Kimmel in chanting "Black Lives Matter!" on stage.

"Louder, Jimmy!" Anderson hollered at Kimmel during the rehearsed bit. "Say it so that my kids can hear it!"

TheBlaze's Dave Urbanski noted that there was, curiously, no mention of the fact that Kimmel was recently forced to take a leave of absence from "Jimmy Kimmel Live" after a controversial video of him in blackface resurfaced.

.@AnthonyAnderson was looking forward to the blackest #Emmys ever… #BlackLivesMatter https://t.co/HFcTp1OfHR

The show also spoofed the ongoing controversies surround the postal service and mail-in voting with a rehearsed exchange between Kimmel and a peculiar — and obviously Russian — mail carrier.

Though not watched by many, the awards show was praised for its diversity of nominees and winners. Deadline reported that black and LGBTQ nominees experienced a marked uptick in this year's ceremony.