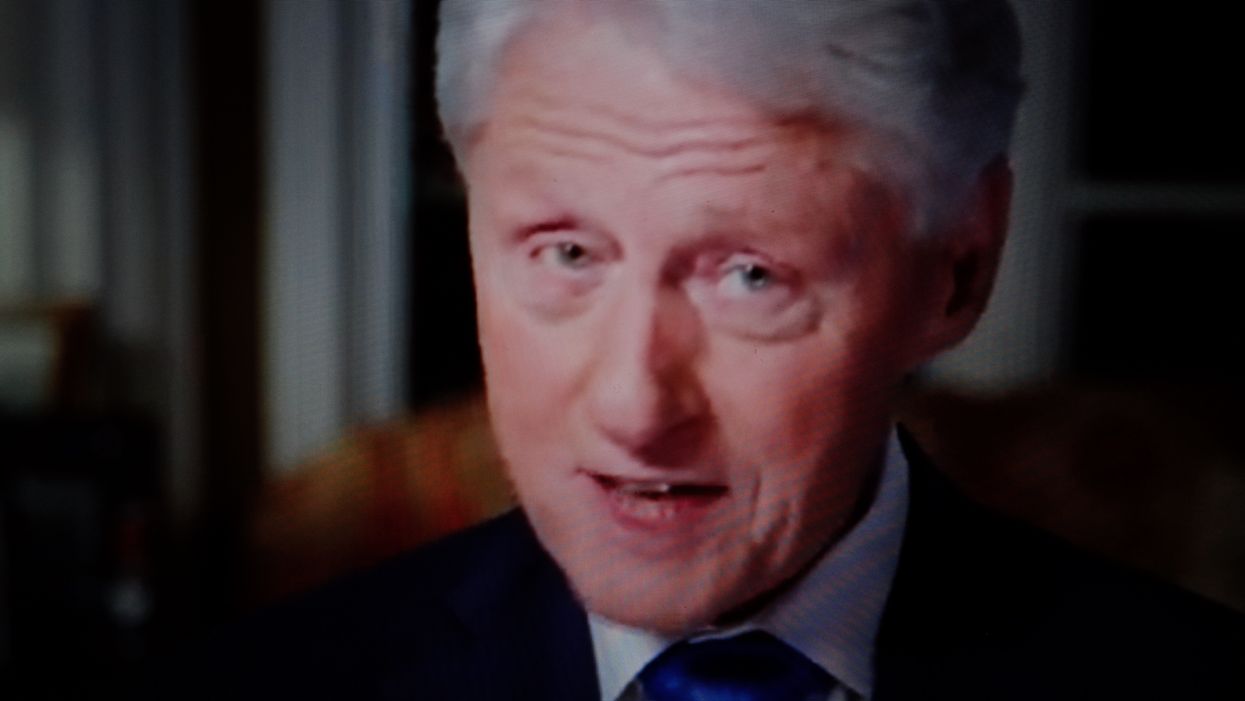 Maxwell is in a New York City prison after accusations that she helped to procure underage victims for accused pedophile and sex trafficker Jeffrey Epstein.

According to the Daily Beast, Clinton met Maxwell and other friends at high-end Los Angeles restaurant Crossroads Kitchen for an "intimate dinner" in 2014.

The outlet reported that Clinton's team secured the reservation for those invited, including Maxwell.

"Multiple sources with knowledge of the situation say [Clinton] aides had squabbled over Maxwell's invitation beforehand due to her links to Epstein," the report explained. "Even to this day, Clinton insiders continue to point fingers over who should be blamed for Maxwell's addition to the event."

One source purported to be close to the situation told the outlet, "This is an intimate dinner with Clinton in L.A. Think of all the people he knows in L.A. and Ghislaine gets to attend."

"It's unclear why Maxwell was reintroduced into Clinton's circle — at least for one cozy meatless dinner in Los Angeles on Feb. 27, 2014," the report noted.

'It's always someone else's fault'

The outlet also reported that Maxwell was close to both the former president and first daughter Chelsea Clinton.

"One friend of the Clintons told The Daily Beast that Ghislaine was close to Clinton and daughter Chelsea, went backstage at Clinton Global Initiative events, and even visited their homes," the report noted. "The source said the Clintons should take responsibility for spending time with Maxwell, who allegedly offered the Clintons hotel stays, air travel, and other largesse."

The source added, "It's always someone else's fault, it's always not true. ... They're always fighting against the reporting and not that they did it. That's the problem."

Angel Ureña, a spokesperson for the former president, pointed the outlet to a 2019 statement when pressed for comment on the allegations of the "intimate" 2014 dinner. The statement did not mention Maxwell at all.

President Clinton knows nothing about the terrible crimes Jeffrey Epstein pleaded guilty to in Florida some years ago, or those with which he has been recently charged in New York. In 2002 and 2003, President Clinton took a total of four trips on Jeffrey Epstein's airplane: one to Europe, one to Asia, and two to Africa, which included stops in connection with the work of the Clinton Foundation. Staff, supporters of the Foundation, and his Secret Service detail traveled on every leg of every trip. He had one meeting with Epstein in his Harlem office in 2002, and around the same time made one brief visit to Epstein's New York apartment with a staff member and his security detail. He's not spoken to Epstein in well over a decade, and has never been to Little St. James Island, Epstein's ranch in New Mexico, or his residence in Florida.