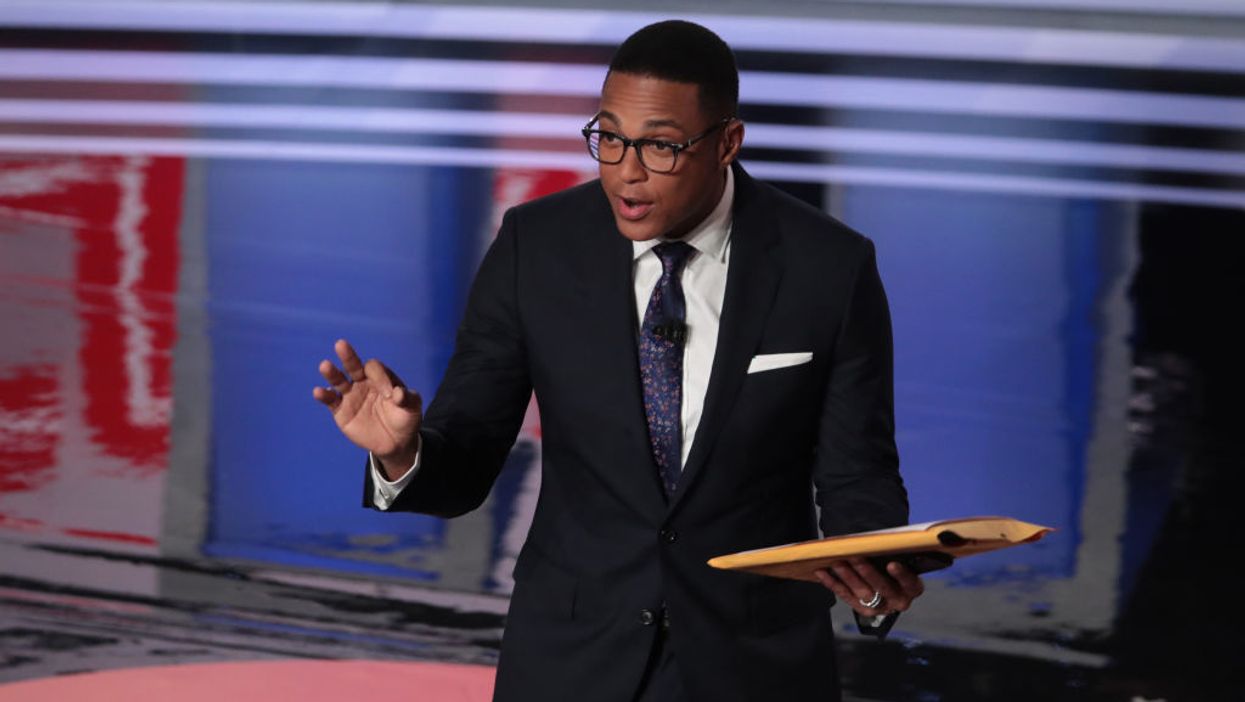 CNN host Don Lemon is attempting to backtrack from controversial comments he made on Monday in light of President Donald Trump having the opportunity to confirm his third Supreme Court justice.

What did Lemon say Monday?

Speaking with fellow CNN host Chris Cuomo, who said both Republicans and Democrats are being "hypocritical" in comparison to their 2016 position on Supreme Court vacancies during an election year, Lemon advocated dismantling the American electoral system.

"We're going to have to blow up the entire system," Lemon said.

Specifically, Lemon said the Electoral College should be abolished — which would require a constitutional amendment — and Democrats should pack the Supreme Court with ideologically liberal judges.

"You're going to have to get rid of the Electoral College, because the people — because the minority in this country decides who the judges are and they decide who the president is. Is that — is that fair?" Lemon said. "If Democrats, if Joe Biden wins, Democrats can stack the courts and they can do that amendment and they can get it passed."

UNHINGED: CNN’s Don Lemon: “we’re going to have to blow up the entire system” https://t.co/IGll5CUA1j

What is Lemon saying now?

The CNN host claimed Tuesday that his words were taken out of context, alleging he did not mean exactly what he said.

"I woke up and saw these headlines like, 'Don Lemon is calling for the abolishing of the Electoral College.' But let me tell you. I don't care," Lemon said, adding that he was merely responding to Cuomo's suggestion of electing politicians with integrity.

"And I said, well then, we have to blow up the whole system. Right?" Lemon continued. "But I said here's what Democrats can do. And I said that's the danger. They can stack the court. But all of a sudden, I am calling for the abolishing of the Electoral College and what else do they say, and that I'm a Democrat because I said 'we.' I mean, the American people."

Lemon went on to explain that he chose to respond to the criticism because the "context was so egregious." He claimed critics used an out-of-context "sound bite" against him.

In fact, Lemon claimed he was not personally suggesting the abolition of the Electoral College — but merely repeating others who are.

"But here's what I say, run and tell this: I do think that we need to look at the Electoral College because I think that it disenfranchises voters, both Democrats and Republicans. If you're in a blue state, and all of the electoral votes go to the Democratic person, then the Republicans' votes aren't counted, the people who voted for the Republican candidate," Lemon said.

"So, I do think it should be looked at because I think it does disenfranchises certain people," he added. "Should it be abolished? That's not for me to say. I'm saying, this is what Democrats are saying. Stack the courts. Get rid of the Electoral College. But there is no nuance and no context anymore."

Responding to reports about him saying we should "blow up the entire system," CNN's Don Lemon now claims he was spe… https://t.co/9XpgFQFuvZ