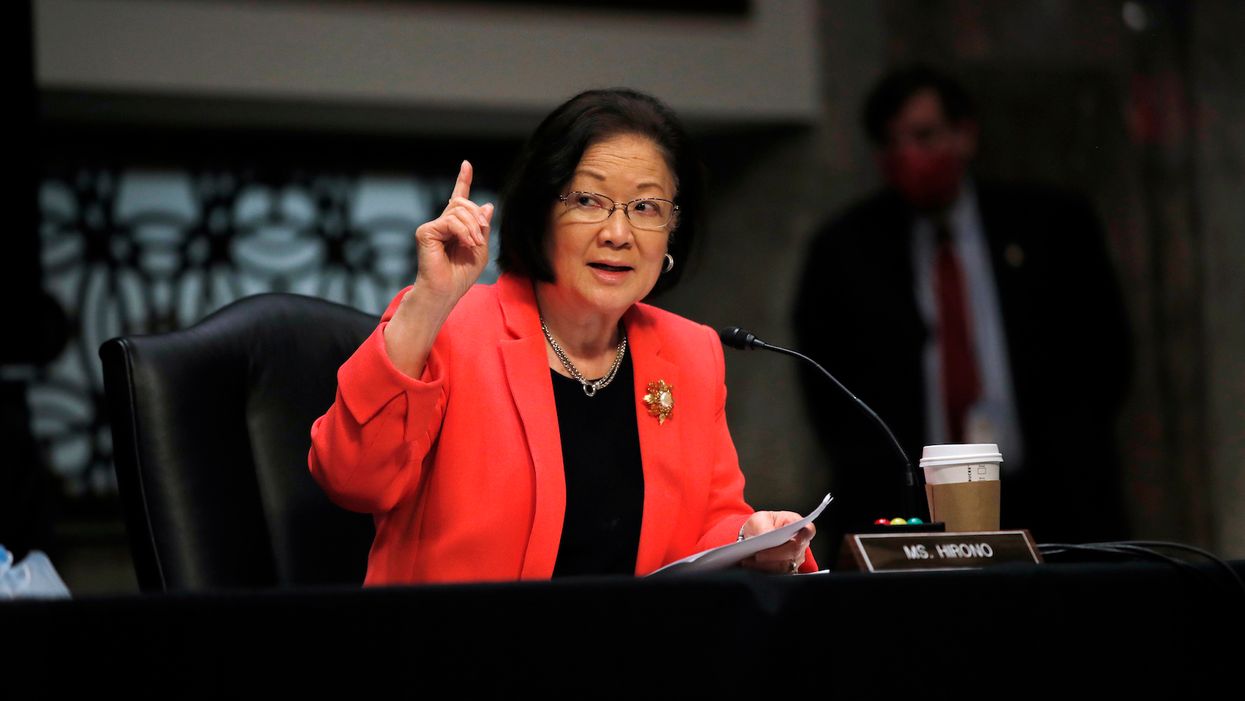 Sen. Mazie Hirono (D-Hawaii), a member of the Senate Judiciary Committee that will hold the confirmation hearing for President Donald Trump's Supreme Court nominee, said religion will not be off limits in the hearing if Judge Amy Coney Barrett is the nominee, CNN reported.

Barrett, a federal judge on the 7th U.S. Circuit Court of Appeals, is a Catholic, and is considered the front-runner to be Trump's nominee to replace late Justice Ruth Bader Ginsburg. Barrett was also considered in 2018 when Brett Kavanaugh was ultimately nominated and confirmed.

"Look, it wasn't her religious views — it's anybody's views that they bring to their decision-making," Hirono elaborated after saying religious views shouldn't be off-limits during confirmation hearings. "So they keep telling us that none of the things they wrote or said yesterday should infringe on their decision, but how can we be assured that they can be objective? ... Why should we say you get a lifetime appointment so that you can reflect your ideological agenda in your decision-making?"

During Barrett's 2017 hearing for the 7th Circuit, Sen. Dianne Feinstein (D-Calif.) infamously expressed suspicion over how Barrett's religion might impact her performance as a judge.

"Why is it that so many of us on this side have this very uncomfortable feeling that dogma and law are two different things, and I think whatever a religion is, it has its own dogma," Feinstein told Barrett during the 2017 hearing. "The law is totally different. And I think in your case, professor, when you read your speeches, the conclusion one draws is that the dogma lives loudly within you. And that's of concern."

Flashback — Dianne Feinstein to Amy Coney Barrett about ACB’s Catholic faith: “When you read your speeches, the con… https://t.co/bbhQpkR0OA

Barrett answered at the time that she respected Roe v. Wade as established precedent, and that she did not let her religious views hinder her legal judgments.

"There would be no opportunity for me to be a no vote on Roe," Barrett replied to the committee. "And I would faithfully apply all Supreme Court precedent."

Media reports earlier this week attempted to frame Barrett in an unfavorable manner by comparing a Catholic organization she's a member of to "The Handmaid's Tale," a show about women who are oppressed under a fundamentalist religious dictatorship.

In 2018, Hirono and Sen. Kamala Harris (D-Calif.) took issue with a judicial nominee who was a member of the Knights of Columbus, a Catholic organization. They were critical of the group's positions on same-sex marriage and abortion. From the Associated Press:

"The Knights of Columbus has taken a number of extreme positions," said Ms. Hirono, Hawaii Democrat, citing the group's opposition to same-sex marriage. "If confirmed, do you intend to end your membership with this organization to avoid any appearance of bias?"

Ms. Harris asked Mr. Buescher, who became a member 25 years ago as a teenager, "Were you aware that the Knights of Columbus opposed a woman's right to choose when you joined the organization?"