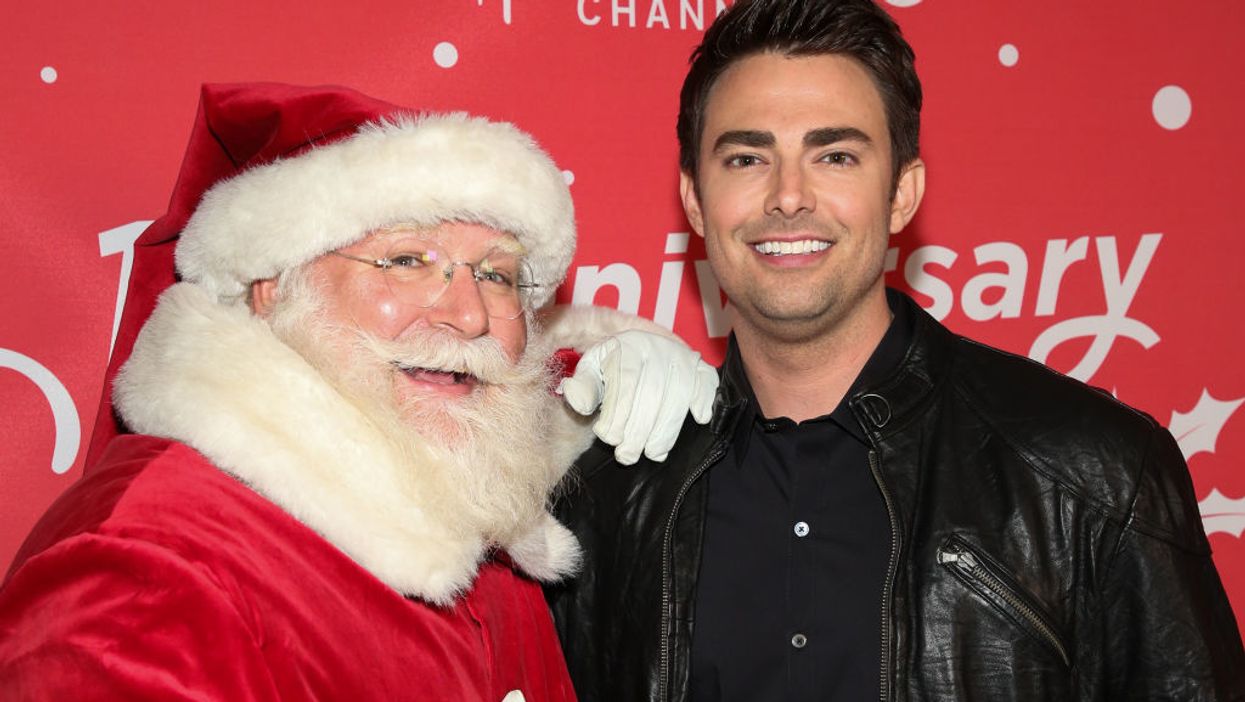 The Hallmark Channel will for the first time ever feature a holiday movie about an LGBT couple as a part of this year's popular "Countdown to Christmas" lineup.

The movie, titled "The Christmas House," starring Jonathan Bennett of "Mean Girls," will spotlight a storyline about "a gay couple looking to adopt their first child," the network announced in a statement Wednesday, according to People.com.

"Our holiday table is bigger and more welcoming than ever. This year's movies reflect our most diverse representation of talent, narratives, and families," said Michelle Vicary, executive vice president of programming. "Our movies are rooted in warmth and positivity, meaningful connections, family gatherings, and seasonal traditions — a winning formula we hope will bring our millions of viewers much-needed levity and holiday cheer at the end of a tough year."

A fuller description of the movie, provided by People.com, states:

Synopsis: Working through some difficult decisions, Mitchell family matriarch Phylis (Lawrence) and patriarch Bill (Williams), have summoned their two grown sons — TV star, Mike Mitchell (Buckley) and Brandon Mitchell (Bennett) — home for the holidays. It is their hope that bringing the family together to recreate the Christmas house, will help them find resolution and make a memorable holiday for the entire family and community. As Brandon and his husband Jake (Harder) make the trip home, they are anxiously awaiting a call about the adoption of their first child. Meanwhile, Mike reconnects with Andi (Ayora), his high school sweetheart.

The movie is slated to premiere on the Hallmark Channel on Nov. 22.

Why does it matter?

Though not a surprise — Hallmark had telegraphed the coming of a holiday film featuring gay leads for months — the move nonetheless marks a major shift in the network's programming.

Over the last several years, the channel, often considered the last beacon of conservative entertainment on cable television, became almost synonymous with traditional, family-friendly programming, especially around the holidays.

As such, the channel's decision to show a movie with an LGBT storyline will likely be perceived as the ultimate act of caving to the cultural left.

Last year, Hallmark Channel leadership waffled amid pressure from the left after it pulled ads featuring a same-sex wedding. The ads, produced by Zola, a wedding planning start-up, showed two women kissing during a wedding ceremony.

The channel originally pulled the ads after a petition for their removal by One Million Moms gained more than 20,000 signatures, but after backlash from the left, the network reversed its decision and began running the ads again.