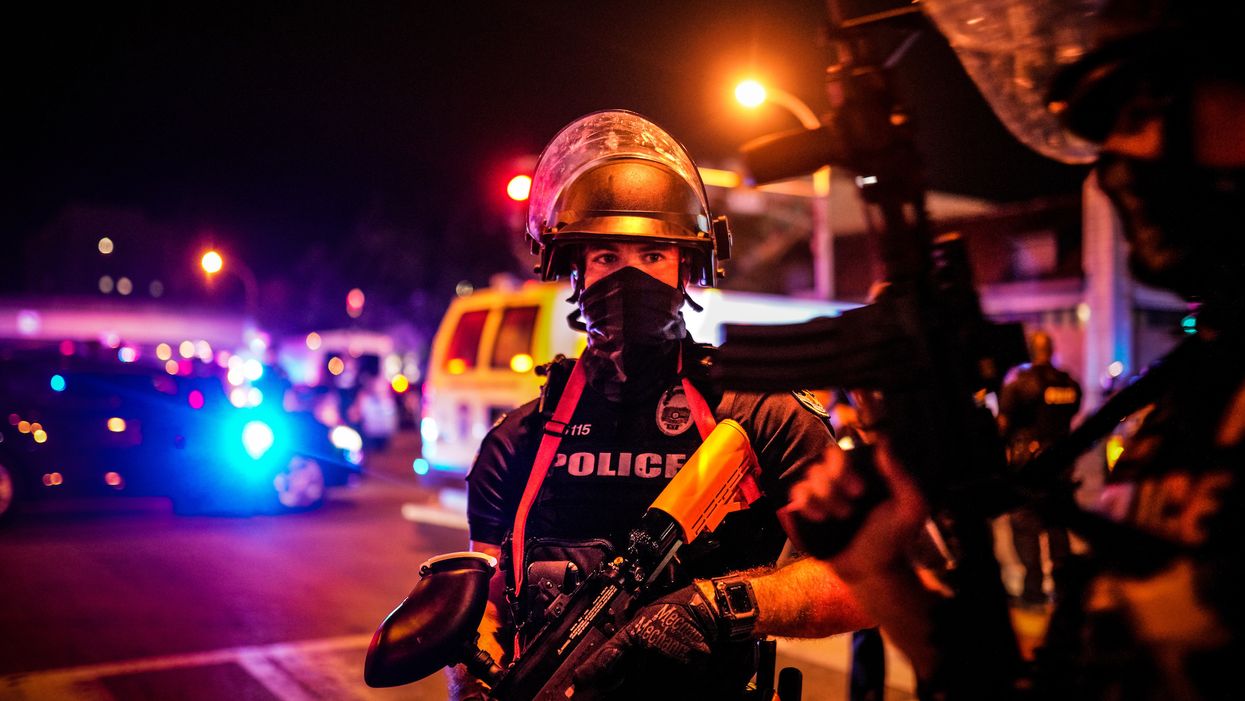 The interim chief of the Louisville Metro Police Department said that a suspect was in custody after the shooting of two officers during the violent protests over the death of Breonna Taylor.

Interim Police Chief Robert Schroeder said in a short media briefing on Wednesday evening that the two officers were in stable condition, and that one was undergoing surgery.

Schroeder said that police were responding at about 8:30 p.m. to a call of shots being fired at the corner of First and Broadway streets when more shots rang out and two police were struck.

Those police were taken to University Hospital with non-life threatening injuries.

Various videos taken during the shooting were circulated on social media soon afterward, including one reportedly from the police livestream from their Facebook page.

The FBI said they were helping with the investigation into the shooting.

Protests erupted immediately after the announcement that a grand jury had returned charges against only one of three police involved in the shooting death of Breonna Taylor, a black woman, during a police raid in March. The third officer was charged with three counts of wanton endangerment over the shots made into neighboring apartments, but not for those that killed Taylor.

The mayor had announced a 72-hour curfew for the city beginning Wednesday from 9 p.m. until 6 a.m.

Here's the video of the media briefing: