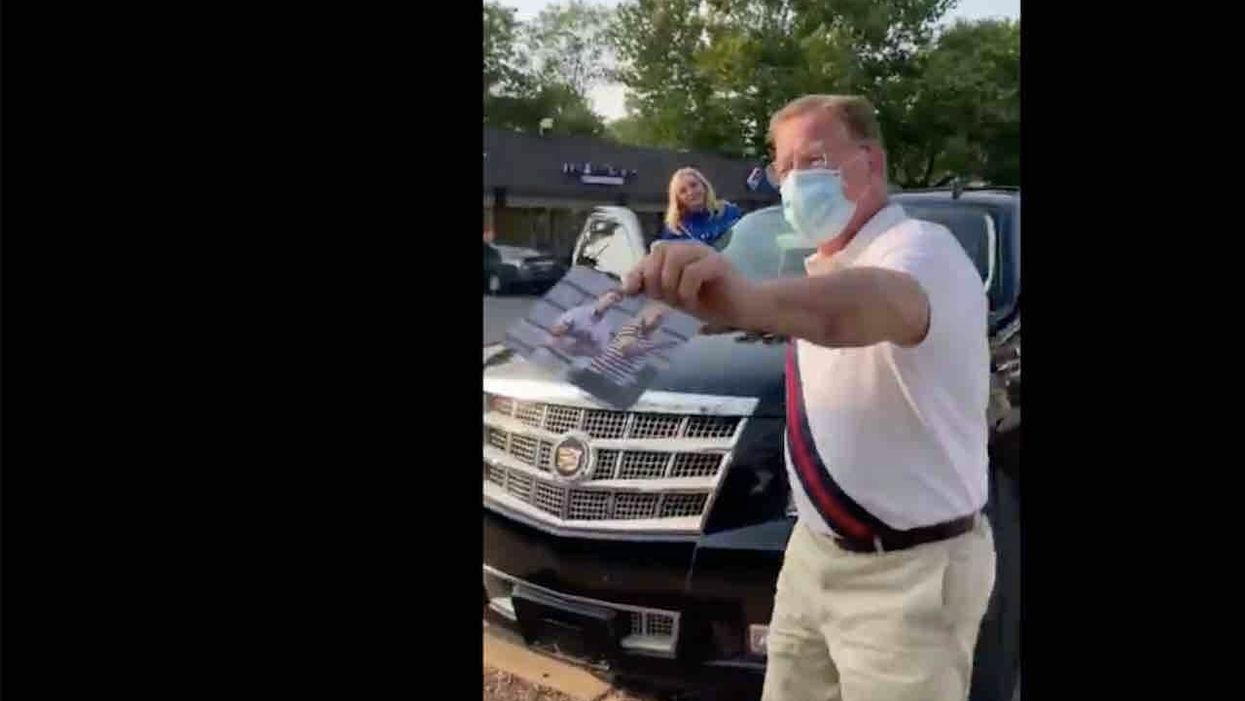 Mark and Patricia McCloskey appear to have a knack for one-upping leftists.

First, they stand in front of their St. Louis home holding guns, making a left-wing mob think twice about pulling any funny stuff after it broke into their gated neighborhood amid the George Floyd rioting in June.

A St. Louis couple in front of their home tonight as protesters marched past in the city’s Central West End. (photo… https://t.co/EIvDbCTWrh

A month later, St. Louis Circuit Attorney Kim Gardner filed charges against the McCloskeys for unlawful use of a weapon/flourishing, saying the couple waved their weapons in a "threatening manner" at "peaceful, unarmed protesters."

Despite the charges hanging over their heads, the enterprising couple apparently had greeting cards made from one of the many images of them warding off the mob — and then Mark McCloskey graciously stuck it to a foul-mouthed protester who confronted the couple on video after they emerged from a print shop with the cards.

"Abolish the suburbs! You are terrorists!" the leftist woman hollers at the McCloskeys as they walk to their vehicle. 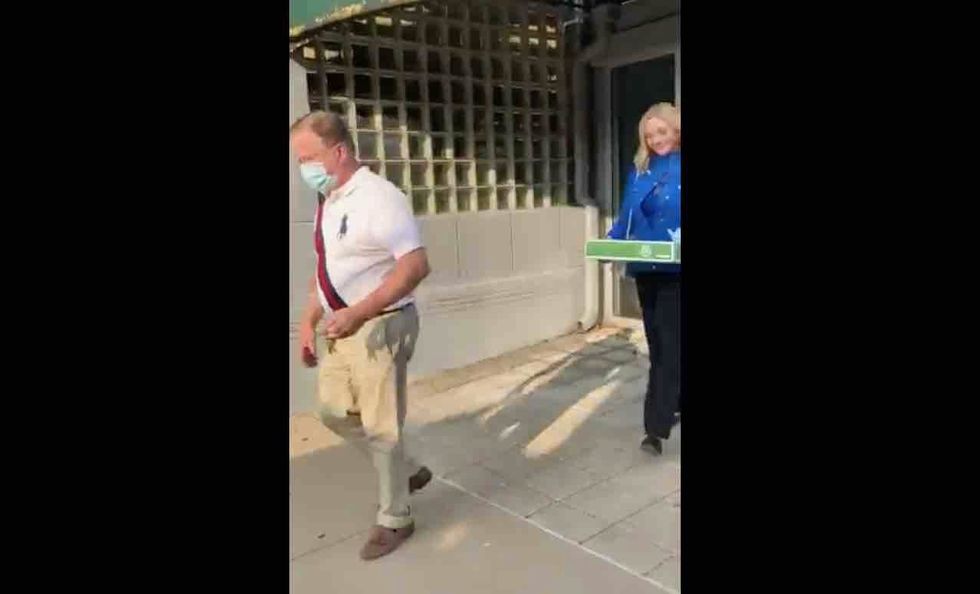 "Do you think pointing guns at protesters is nice?" the woman continues to yell. "It's fun? You think you're cool?"

With that, Mark McCloskey exits the vehicle and approaches the camera — and he's not holding a gun; he's holding one of the cards they created and hands it over: "Here, have a souvenir." 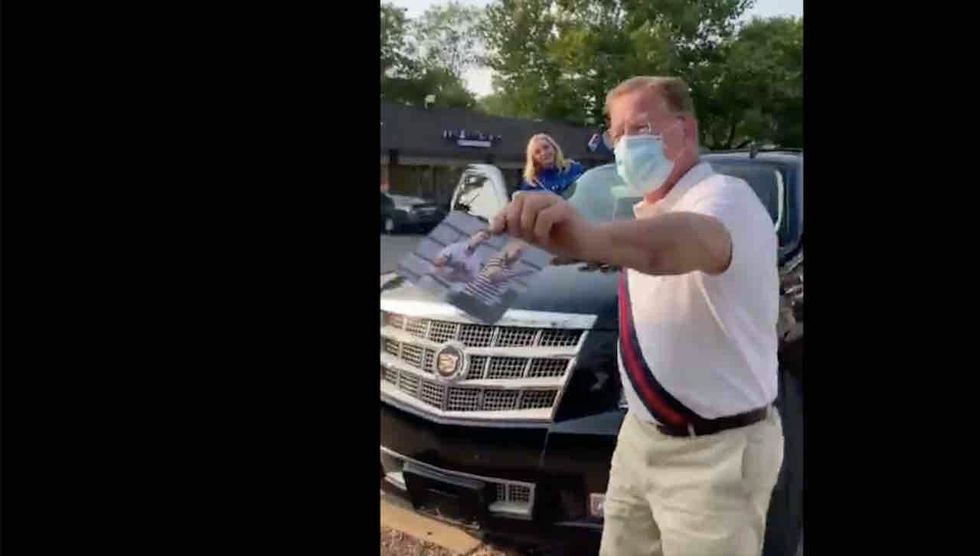 The woman speaking on video isn't impressed: "F*** both y'all!" The McCloskeys begin to back out of their parking space, and that's where the clip ends.

They got 1,000 of these printed and have even been signing them https://t.co/LPAhR8IRAl

How are folks reacting?

As you might expect, more than a few Twitter commenters are backing up the McCloskeys all the way and enjoyed their greeting card idea: