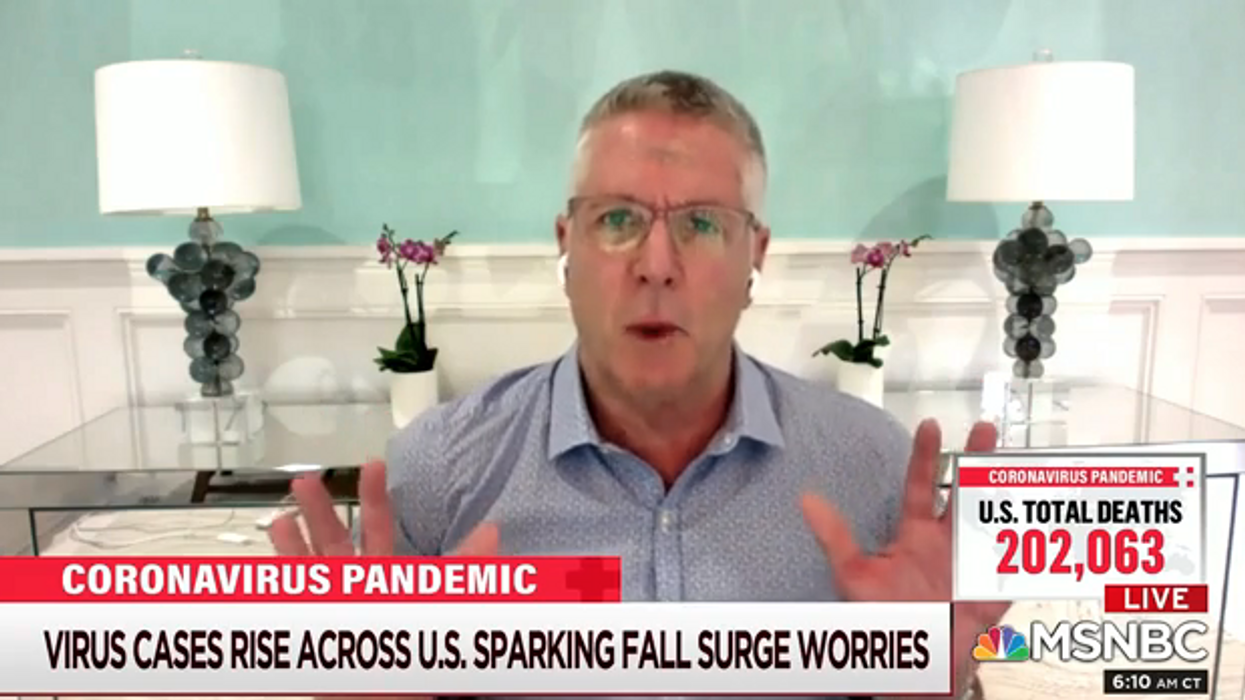 "What is the difference between Adolf Hitler and Donald Trump? he asked during an interview on MSNBC's "Morning Joe" program. "I'm not saying there's a holocaust, but when you look at the tactics ... this is where we are right now."

During the interview, Deutsch, himself of Jewish heritage, also lambasted Jewish supporters of the president.

"How dare you!" he exclaimed. "How dare you, with what our people have gone through in history, and you see a man who is a dictator. And once you give a man absolute power, he is possible of anything."

"If you are a Jew in this country and you are supporting Donald Trump, you are not looking back at our history," he continued. "And you are blind and you are walking like a lemming off a cliff. It is time to wake up. I'm sorry."

"There is no difference from what Donald Trump is preaching, from what Adolf Hitler preached in the early '30s. Let's just say it once and for all," he declared.

Deutsch was commenting on a recent rally held by the president in Pittsburgh, which he said "looked like a rally from the early [1930s]."

Look at that crowd," he said. "There's not one person of color anywhere. Like, usually behind him he puts one kind of token in there, a token person."

Deutsch then drew comparisons between Nazi Germany and Trump's America: "Basically, you had a destruction of the belief in the free press. You had a blurring between the executive branch and the Justice Department. You have creating an other, whether it's Muslims, whether it's Mexicans, whether it's congressmen who weren't born in this country. And then you have the destruction of free elections. And we're here."

Comparing Trump to the murderous, tyrannical chancellor of Nazi Germany, though shocking, has become a somewhat routine practice among the president's opponents.