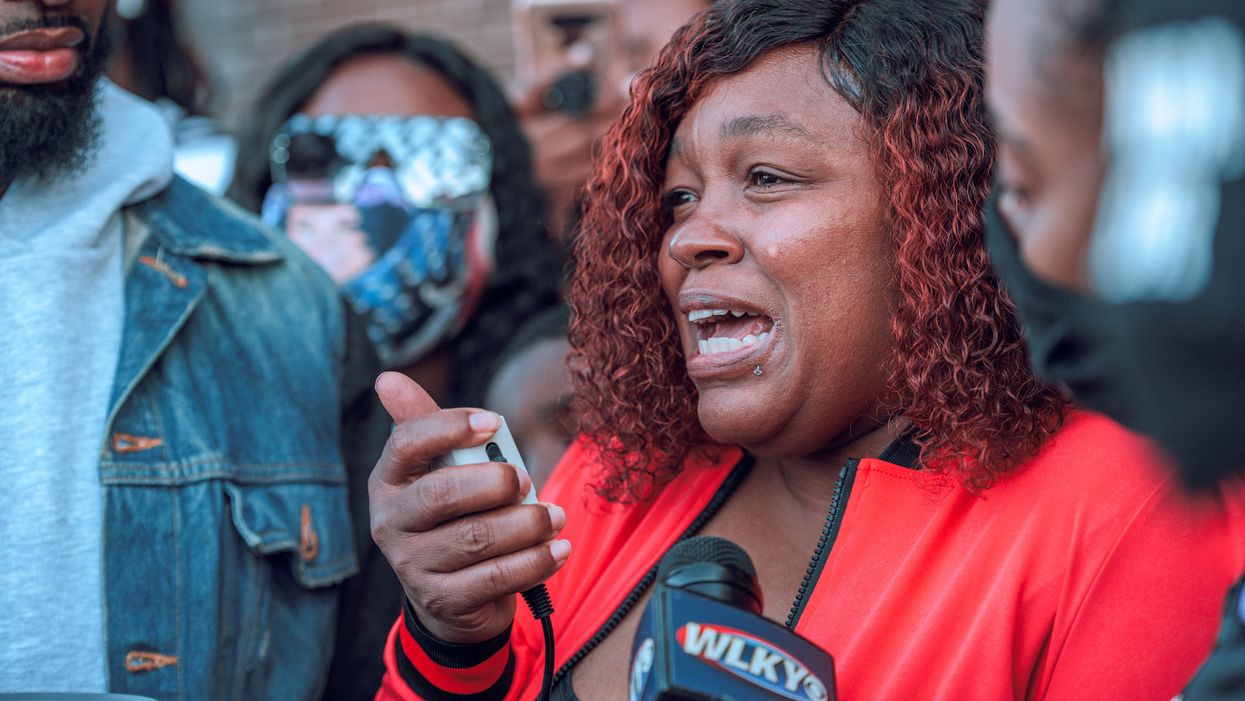 Former LMPD Sgt. Brett Hankison was charged with three counts of wanton endangerment for allegedly firing his gun recklessly into Taylor's apartment on March 13 during an overnight drug raid. Hankison was fired from the department in June for his actions that night.

The charges are reportedly not directly related to Taylor's death; rather, they were tied to the fact that Hankison allegedly shot into surrounding apartments.

Per the AP, no officers were charged directly in Breonna Taylor's death. The 3 counts against Hankison are over him… https://t.co/XrGOpkalUk

The other two officers, Sgt. Jonathan Mattingly and Detective Myles Cosgrove, had been placed on administrative leave, but were still with the department.

A person is guilty of wanton endangerment in the first degree when, under circumstances manifesting extreme indifference to the value of human life, he wantonly engages in conduct which creates a substantial danger of death or serious physical injury to another person.

The charge is a class D felony that carries a maximum penalty of a $10,000 fine and up to five years in prison.

When the three officers charged into Taylor's apartment around 1 a.m. March 13, Taylor's boyfriend, Kenneth Walker, fired one shot at them. The officers were not in uniform, and Walker said he thought it was a home invasion. Walker shot Mattingly in the leg. The three officers returned fire with more than 20 shots. Taylor was shot five times.

Attorney General Daniel Cameron said that despite reports that it was a no-knock raid, the officers did knock and announce themselves before entering the apartment.

The city of Louisville paid a settlement of $12 million to Taylor's family as part of a civil lawsuit.

Louisville officials had been preparing for unrest after this announcement, as protesters have been calling for the firing and arrest of all three officers involved in the shooting since May. The mayor established a 72 hour curfew effective Wednesday night from 9 p.m. to 6:30 a.m. each day. The LMPD declared a state of emergency on Tuesday, canceling officers' time off requests and extending their hours.

There is already some indication of dissatisfaction with the charge. From the Associated Press:

Immediately after the announcement, people were expressing frustration that the grand jury did not do more.

"Justice has NOT been served," tweeted Linda Sarsour of Until Freedom, a group that has pushed for charges in the case. "Rise UP. All across this country. Everywhere. Rise up for #BreonnaTaylor."

Protests began shortly after the announcement.

As the BLM crowd chanted, “If we didn’t get it, burn it down!” they have marched outside the barricaded zone in Lou… https://t.co/5molL4GDKT

This is a developing news story and has been updated.