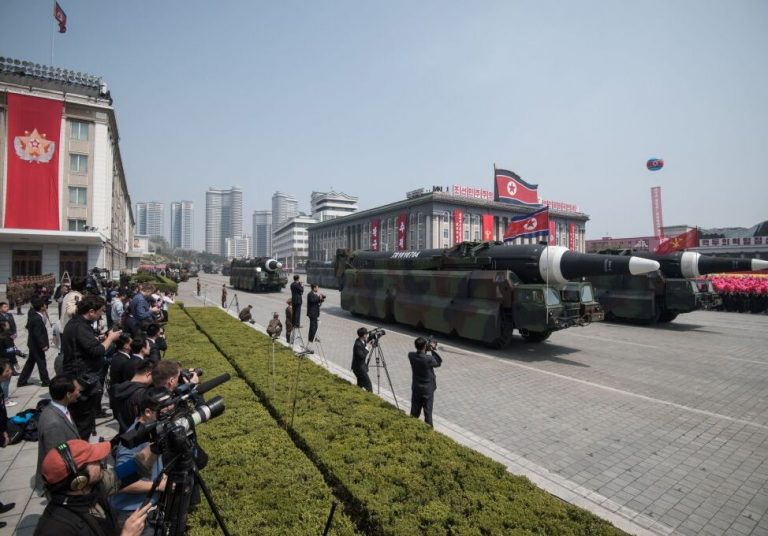 The vehicle was identified in a satellite image obtained by 38 North, an American security site that specializes in North Korean affairs. The dimensions of the vehicle suggest it could transport an ICBM, which has led to concerns that the missile may be deployed in a show of military might at an upcoming national anniversary parade. Additional satellite images indicate that North Korea has been preparing for weeks for a large-scale military parade on Oct. 10, the 75th anniversary of the founding of North Korea's Workers' Party.

At the beginning of this year, North Korean dictator Kim Jong Un announced he would soon unveil a devastating new weapons system, which some have speculated to be a solid-fuel ICBM. Other recent dispatches from North Korea detail the possible reveal of a submarine-launched missile system, which would also greatly expand Pyongyang's strike capacity.

North Korea has not yet unveiled any of its developing weapons, as sanctions and a coronavirus-wracked economy have forced Kim to suspend all missile testing.

If North Korea makes a display of force with ICBMs, it could inflame tensions with the United States. President Trump has reportedly said that smaller displays from Kim would be "no problem," but a large-scale launch may merit a significant response. Analysts further warn that North Korea hopes to interfere with the upcoming U.S. presidential election.