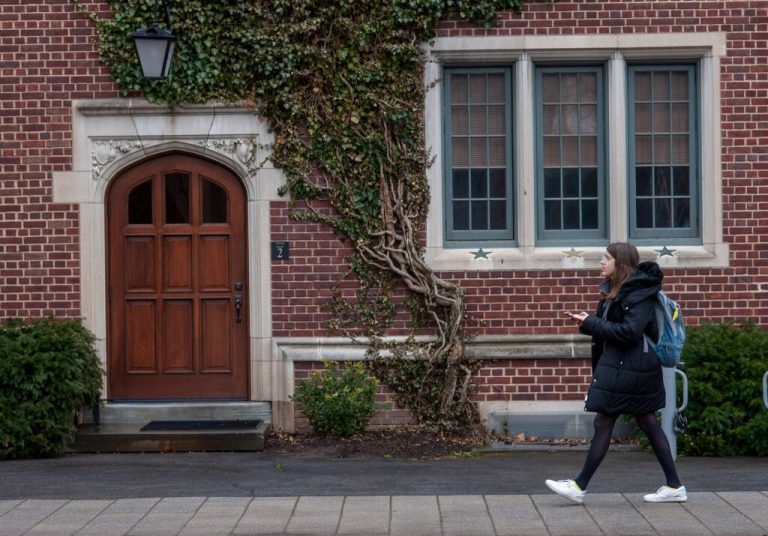 Princeton University has responded to a federal civil rights inquiry with a seemingly contradictory claim: Although the university does not discriminate against minorities, it is nonetheless systemically racist.

The Department of Education is investigating whether Princeton violated the Civil Rights Act after the school's president, Christopher Eisgruber, said that racism remains "embedded" in the university. In response to the department's inquiry, Princeton claimed that the school does not actively discriminate against minority students and faculty, but also that systemic racism still exists on campus.

"Princeton has long been committed to creating and maintaining a community where all can thrive, and stands by its representations … that is complies with all laws and regulations governing equal opportunity, nondiscrimination, and harassment," the Princeton letter reads. "The university also stands by our statements about the prevalence of systemic racism and our commitment to reckon with its continued effects."

On Sept. 2, Eisgruber told students and staff that "racist assumptions from the past … remain embedded in structures of the university itself." Following his statement, the Education Department requested information regarding Princeton's acceptance and hiring processes to determine whether the university discriminates against minorities. If found in violation of civil rights law, the school would become ineligible for the millions of dollars in federal funding it receives.

Princeton condemned the department's investigation, claiming that it is punishment for acknowledging the nation's and the university's systemic racism.

"It is unfortunate that the department appears to believe that grappling honestly with the nation's history and the current effects of systemic racism runs afoul of existing law," the school said.

"Princeton released the statement to both claim that [it] uphold[s] diversity [and] that it is embedded in racism," Adams said. "[It's] an attempt to keep appeasing the vocal students who, for instance, wanted Woodrow Wilson's name removed."

Another Princeton senior, Tyler Eddy, said that the statement exemplified the way liberal institutions use phrases like "systemic racism" to delegitimize political opponents.

"The word racism carries a lot of power and emotion. … Toying with a word so that you can now level accusations of ‘white supremacy' [at] your political opponents … is anything but honest."