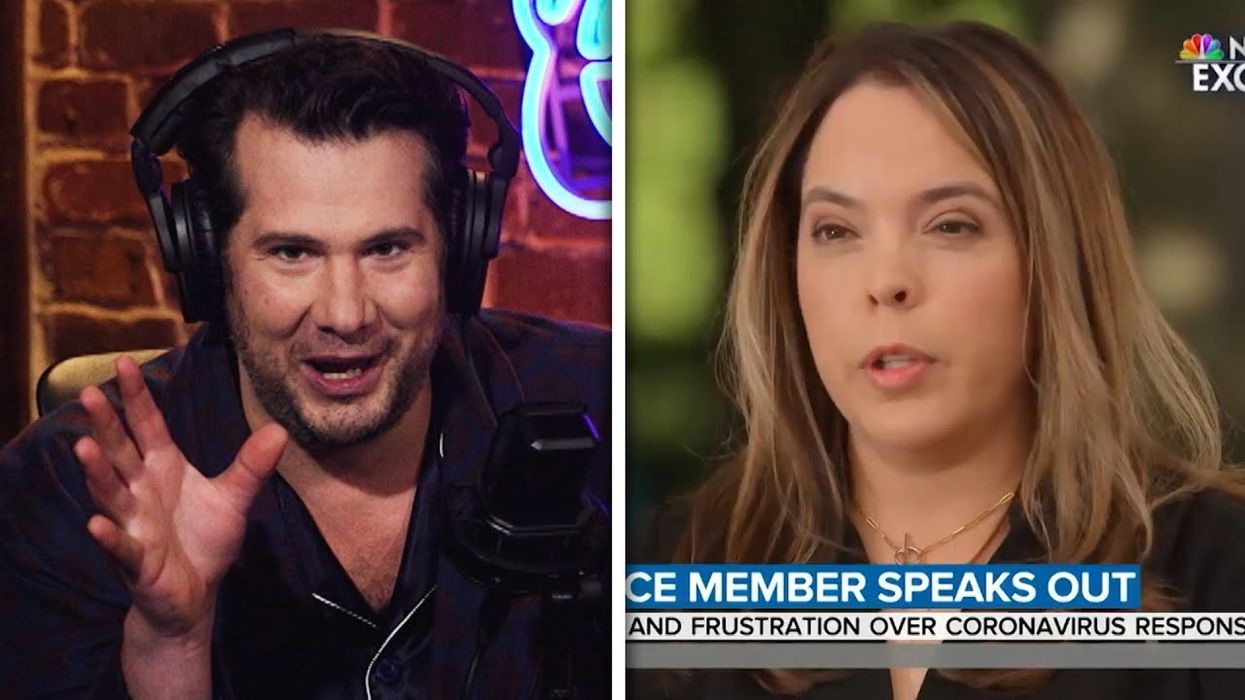 "It was probably said in the context of a Joke!"

Crowder called out Olivia Troye, a "former Pence aide," who recently claimed she overheard Donald Trump say he hated shaking hands with his constituents. Crowder brought a new point of view to the conversation with two observations: Troye's story is hearsay, and Troye might have failed to pick up on the president's sense of humor. Watch the full clip here.

Use promo code <a href="

To enjoy more of Steven's uncensored late-night comedy that's actually funny, join Mug Club — the only place for all of Crowder uncensored and on demand.