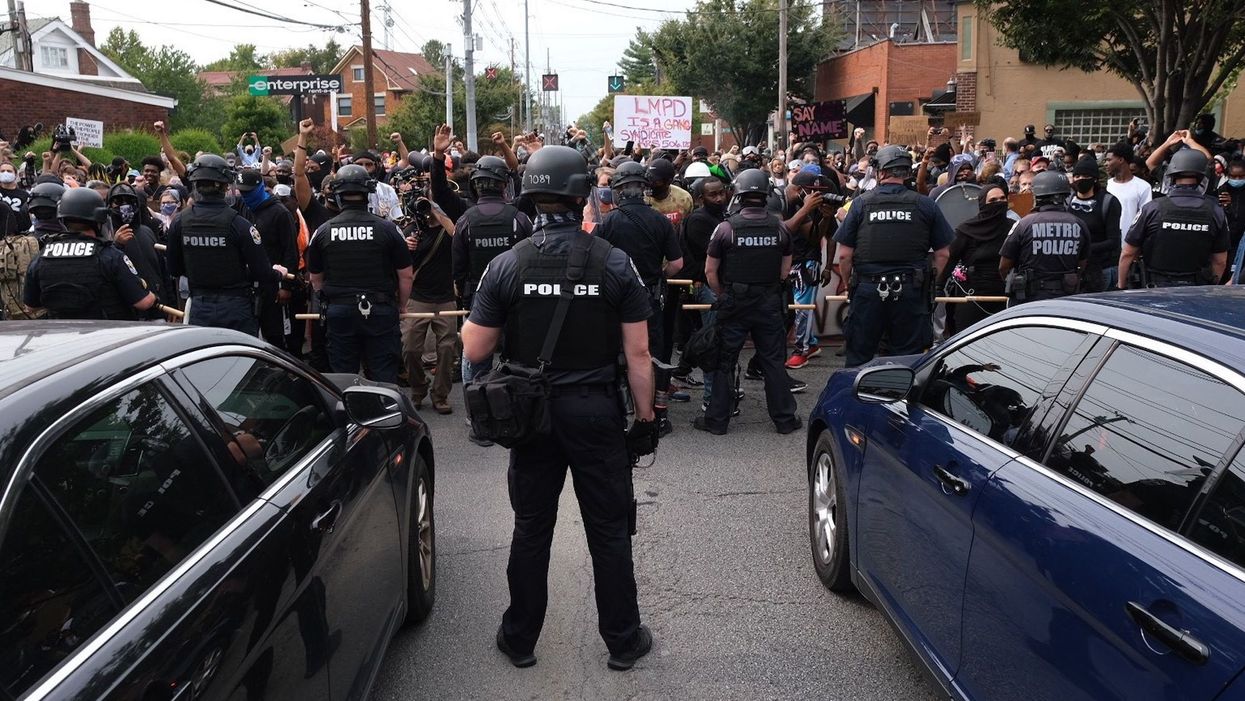 The Louisville Metro Police Dept. said that two officers had been shot during the violent protests in Louisville, Kentucky, over the charges announced against one officer related to the death of Breonna Taylor.

Black Lives Matter protesters immediately denounced the announcement of charges against only one of the officers involved the controversial shooting death that happened during a police raid in March.

Police initially said that one officer had been shot but offered few details about the incident.

Per an @LMPD spokesman just now, an officer has been shot. https://t.co/nkIRABHIj0

Later they confirmed that two officers had been shot.

Louisville Metro Police confirm that TWO officers have been shot and were transported to Louisville University Hospital.

Protesters took to the streets to demonstrate against the grand jury decision. Reporters and others on social media documented small fires being set off and firecrackers being fired off during many of the gatherings.

Reporters in the vicinity said that firecrackers were set off at about the same time as the gunshots.

Interim Police Chief Robert Schroeder later updated the media about the incident and the condition of the two police officers who had been hospitalized.

Here's more about the incident:

[This story has been updated with additional information.]