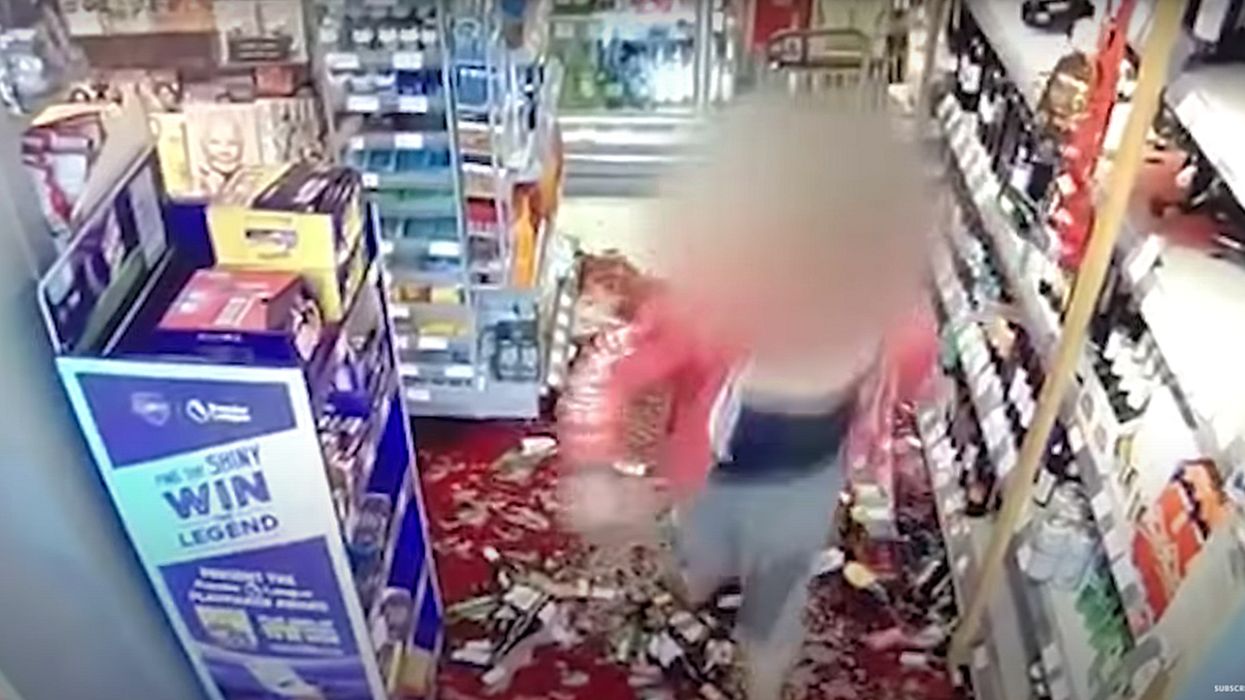 A U.K. woman has gone viral after a video caught her raging about a supermarket's directional aisle markers and demolishing a wine display.

According to the Telegraph, the incident — which took place in May, but was recently released and is now going viral on the internet — featured an irate, unnamed woman, who was shopping at the Lingfield High Street Co-op grocery store in Surrey, England.

The outlet reported that the woman went berserk after a store employee reportedly reprimanded her after she allegedly ignored the one-way system the store used to enforce social distancing amid the COVID-19 pandemic.

The Metro reported that the woman also began "kicking and punching" a glass divider after staff attempted to enforce the store's mandatory safety measures.

In the video, the clearly irate woman can be seen tearing down two product shelves, leaving puddles of wine and broken glass in her angry wake.

She can also be heard screaming, "I've done nothing wrong!" and repeatedly hammers her hands against a glass divider in the grocery store.

The outlet also reported that a store employee — who described the incident in detail — said that the woman also threw a basket of groceries that contained milk and eggs.

"One day in May at the height of lockdown, a female customer became very agitated when we asked her to follow the store's one way system," the unnamed employee said. "She got very angry and started shouting at me and my colleague who were serving customers from behind the protective till screen."

The employee noted that the woman then approached the workers, who were standing behind the protective glass, and took her anger to another level.

"She stormed up to the till screen and just flipped out, punching and kicking it before rushing over to the alcohol aisle where she started grabbing bottles of wine, sending them smashing them to the ground," the employee added.

The employee continued, "Two entire shelves of glass bottles came crashing down. She then picked up a basket containing milk and eggs and threw it across the store."

Jo Whitfield, Co-op Foods chief executive, told Metro, "The role played by shop workers in serving their communities is nothing short of amazing, yet they have to contend with unprecedented levels of violence and abuse on a daily basis."