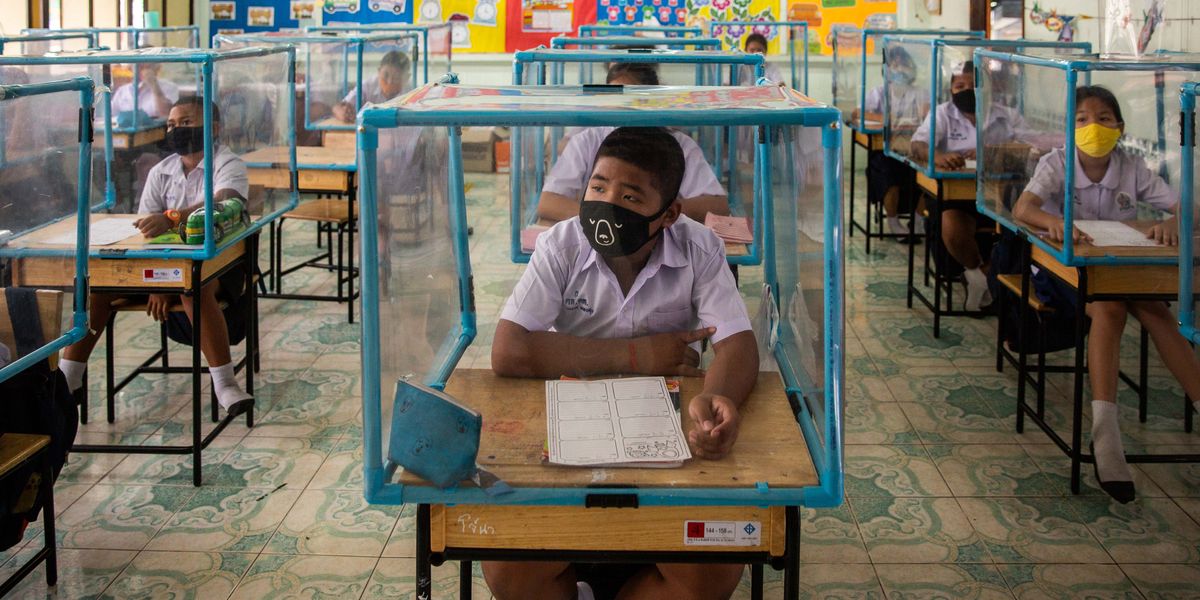 A new study from Brown University researchers finds that there is minimal evidence to support the idea that the coronavirus is easily transferred inside K-12 school buildings.

As highlighted by The Hill, researchers — who collaborated with school administrators across the nation on a new National COVID-19 School Response Data Dashboard — released the data from the study on Wednesday.

The study finds that there is a "relatively small degree of spread among staff and students."

Researchers drew their conclusions based on data received from more than 550 schools in 46 states across the country over a two-week period beginning Aug. 31.

According to a Wednesday report from the Washington Post, researchers at the university said such reports could suggest a possible return to classes may not be as risky as previously assumed.

Michael Osterholm, director of the Center for Infectious Disease Research and Policy at the University of Minnesota, told the outlet, "Everyone had a fear there would be explosive outbreaks of transmission in the schools. In colleges, there have been. We have to say that, to date, we have not seen those in the younger kids, and that is a really important observation."

Emily Oster, a professor at Brown University who assisted in creating the dashboard, told the Post that the findings should quell concerns surrounding a possible return to school amid the COVID-19 pandemic.

Oster said that while the research indicates that rates of spread in K-12 schools are certainly "much lower" when compared to other areas, it doesn't mean schools should become complacent in implementing safety strategies.

"I don't think that these numbers say all places should open schools with no restrictions or anything that comes close to that," she warned. "Ultimately, school districts are going to have different attitudes toward risk."

Sara Johnson, Johns Hopkins University School of Medicine associate professor of pediatrics, told the outlet that schools should stagger the return of children and teachers back "slowly and carefully" amid the pandemic.

"These data are promising, but COVID is still a very big threat to people," she told the outlet in a statement.

New research from Science Magazine found that children and adolescents are at a significantly lower risk of contracting coronavirus when compared to other age groups.

"In the event of seemingly inevitable future waves of COVID-19, there is likely to be further pressures to close schools," a portion of the report read. "There is now an evidence based on which to make decisions, and school closure should be undertaken with trepidation given the indirect harms that they incur. Pandemic mitigation measures that affect children's wellbeing should only happen if evidence exists that they help, because there is plenty of evidence that they do harm."