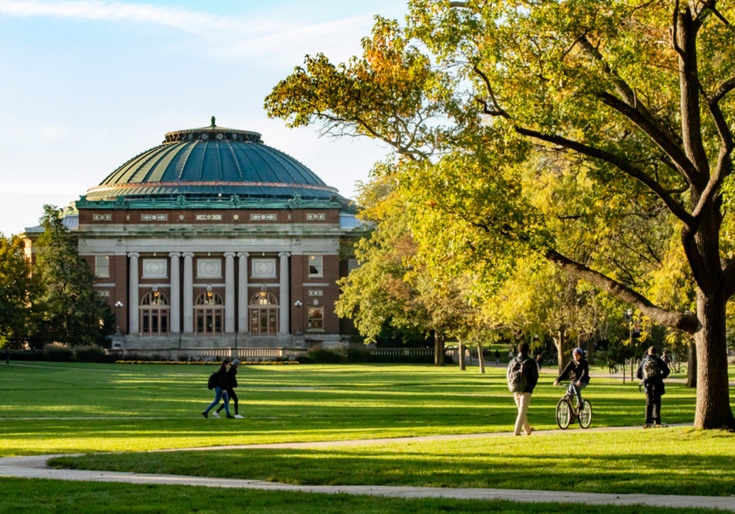 The University of Illinois at Urbana-Champaign's student government buried a boycott, divestment, and sanctions provision in a resolution opposing violence against blacks.

On Sept. 23, the UIUC student government passed a motion calling on the school to divest from companies such as Northrop Grumman, Raytheon Company, Lockheed Martin, Caterpillar Inc., and Elbit Systems Ltd. for allegedly partaking in "human rights violations" in "Palestinian lands." The BDS resolution was placed inside a larger resolution that called out anti-black violence on campus and supported efforts for racial justice. The university's Hillel center called the referendum an "antisemitic litmus test" and accused the student government of forcing Jewish students to pick between their Zionism and condemning violence against black people.

"After five failed attempts in as many years to pass BDS, student activists enshrouded calls for divestment within a resolution opposing anti-Black violence," a statement from Illini Hillel reads. "This was an attempt to paint Israel and Jews as the obstacle to racial equity, amidst the holiest time in the Jewish calendar."

According to the Jewish News Syndicate, the resolution called out each company for its alleged role in human-rights atrocities and called for a student representative from Students for Justice in Palestine to work on a task force with the university chancellor. The task force would be "charged with divesting from corporations and index funds that violate human rights and reinvest in socially and environmentally responsible companies and index funds."

Earlier this year, the school's chapter of Students for Justice in Palestine sponsored a separate BDS bill that passed the student government in a 20-7-9 vote. The separate referendum called on the university to sever ties with any company "that profit[s] from human rights violations in Palestine and other communities globally." The bill also called on the school to end all partnerships with companies that provide "weaponry and technology" to United States Immigration and Customs Enforcement.

Universities have increasingly harbored anti-Semitism under the guise of human-rights activism. Columbia University will hold a student-wide vote to decide whether the university should "divest its stocks, funds, and endowment from companies that profit from or engage in the State of Israel's acts towards Palestinians." The bill is being sponsored by the Columbia University Apartheid Divest group, which suggests that Israel is an apartheid state.

In a statement, the University of Illinois said that the student government is an independent organization that can pass nonbinding resolutions on any topic it chooses. The school said, however, it found the resolution unfortunate insofar as it was "designed to force students who oppose efforts to divest from Israel to also vote against support for the Black Lives Matter movement."

The Illini student government did not respond to requests for comment.