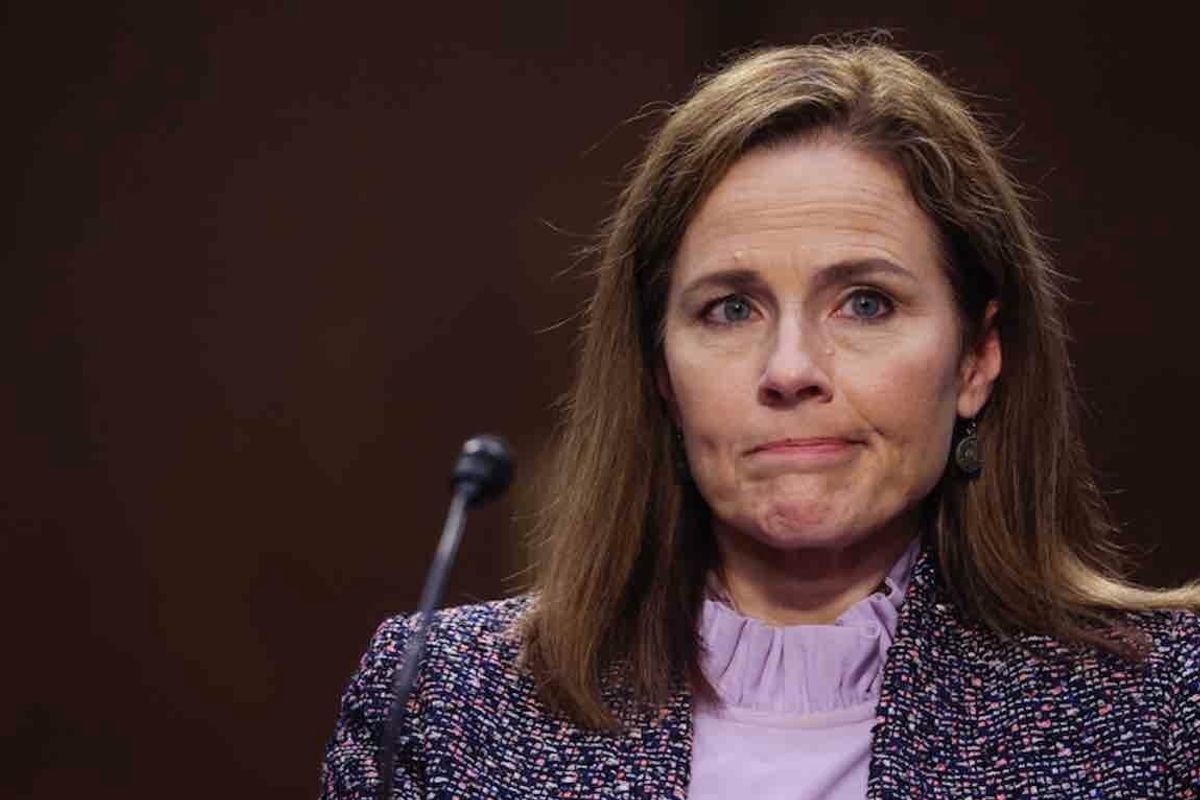 So as one might expect, the sorority last month noted Barrett's nomination to the U.S. Supreme Court with a tweet. Characterizing it as congratulatory, however, is probably taking it a bit far.

"KD alumna Amy Coney Barrett was nominated to serve on the Supreme Court," the Sept. 28 tweet read, according to the College Fix. "While we do not take a stand on political appointments, we recognize Judge Coney Barrett's significant accomplishment. We acknowledge our members have a variety of views and a right to their own beliefs."

It isn't clear if the author held her nose or not while pressing the "tweet" button.

But given that Barrett is conservative — and everything else that comes along with that — some loud voices apparently were beside themselves over Kappa Delta daring to say "we recognize Judge Coney Barrett's significant accomplishment."

"Our approach was disappointing and hurtful to many," the sorority wrote.

"We did not intend to enter a political debate, take a stand on the Supreme Court nomination, cause division among our sisters, or alienate any of our members," the message continued.

Then after explaining how the sorority will redouble its efforts to increase inclusivity and diversity and encourage members to speak out, the tweet ended with this sentence: "Thank you for holding us accountable."

Amy Siskind — an author, feminist, and activist — said she's "embarrassed" that Barrett "is in any way associated with our sisterhood. She does not stand for our values, and that goes well beyond a half century old decision. [B]ut I appreciate national addressing the hurt this has caused."

Others, however, didn't appreciate Siskind's sentiments: